I chose "20,000 Leagues Under the Sea", which is an awesome classic science fiction book, written by Jules Verne. So the letter I'm been focused on is the "V" for Verne.

After I read the book, here is my brainstorming: 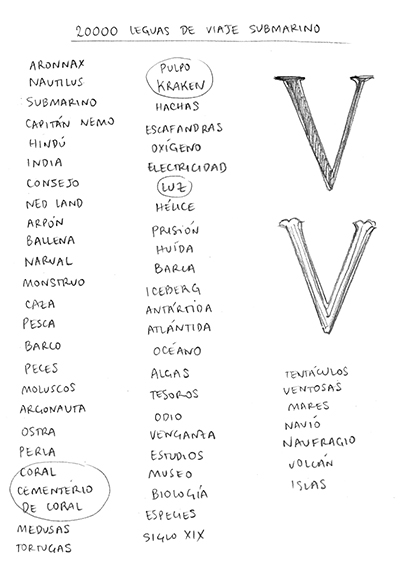 I focused on three diferent concepts to draw my sketches:

The main character and narrator of the story is an expert marine biologist, so the book is full of detailed descriptions about the underwater flora and fauna. I made some sketches based on seaweed and coral, since in the book there are some importants chapters in underwater forests. 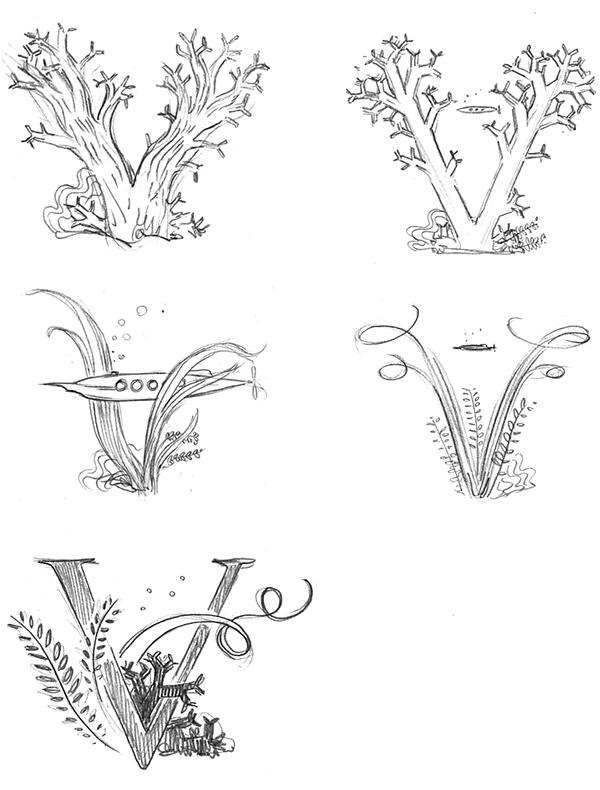 One of the most famous part of the novel is the battle against a group of krakens or giant squids. In my opinion, it's not the most important part of the story, but squids and octopus' shape is very attractive to illustrate and very symbolic to represent the sea.

Here some sketches with the kraken idea: 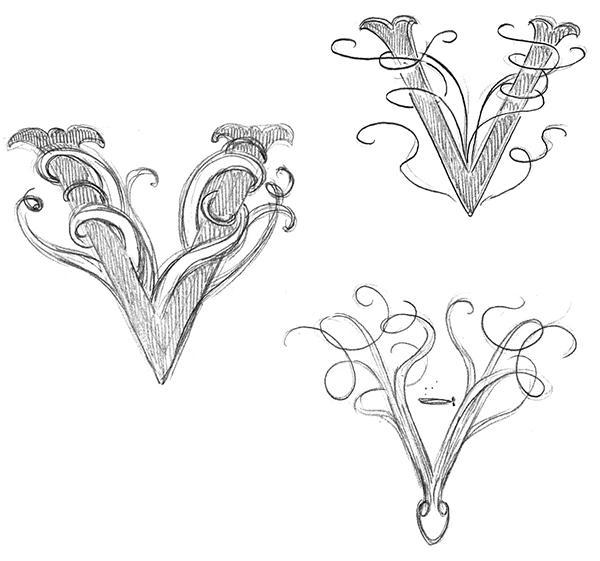 A lot of instruments for navigation are described on the book. The sextant is used by Captain Nemo to determinate the latitude. It has a clear "V" shape and reminds that it's a nineteenth-century novel. 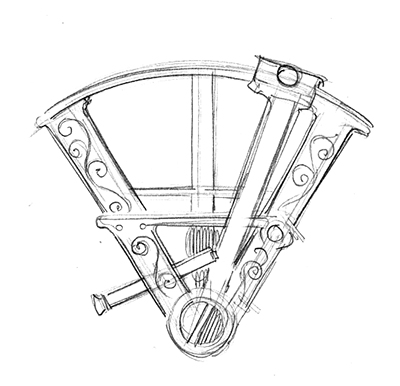 I can't decide which concept I prefer to keep working on, so any feedback would be really appreciated. Thank you!

Thanks for your feedback!

You helped me a lot, but I'm still indecisive and I'm going to try three sketches with illustrator. Let's see how they work: 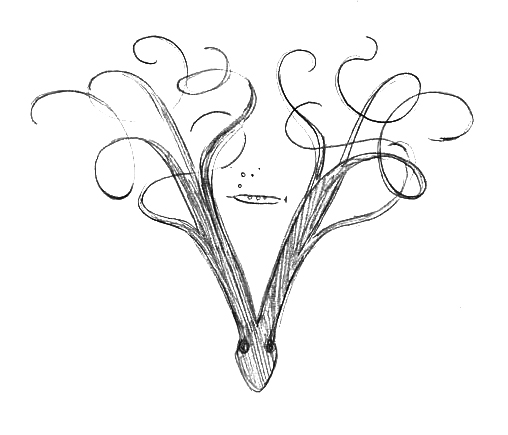 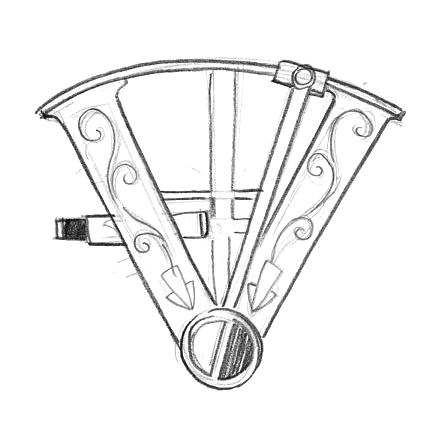 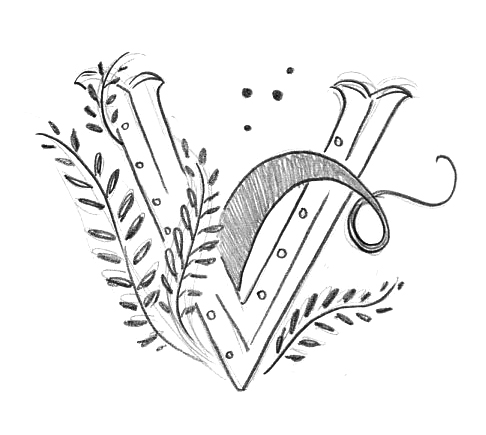 I finally decided to choose the kraken sketch.

I'm still an illustrator beginner, so I tried my best to vectorize the drawing: 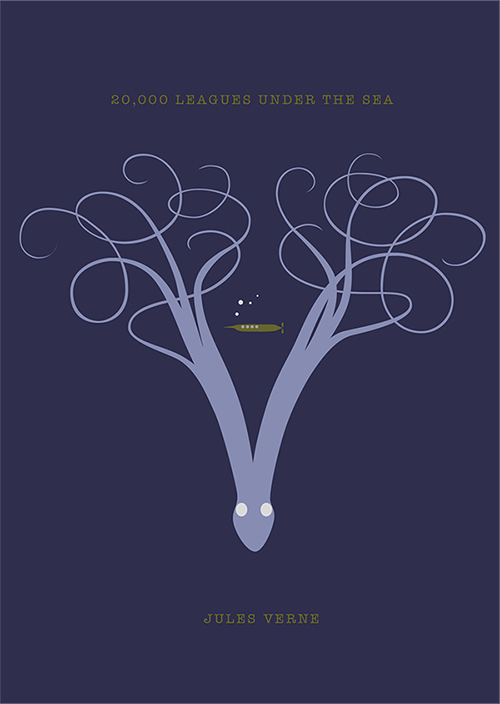 I'm not too happy with the colors, I'm still testing.

I think it's still too simple and it would get better with more details. I like to know your opinion, you helped me a lot before!

Still Trying. I'm happier with these colors, but not with the gradients. 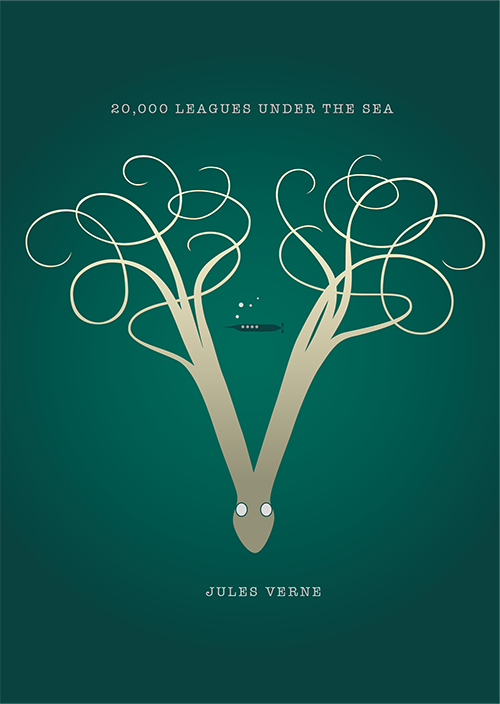 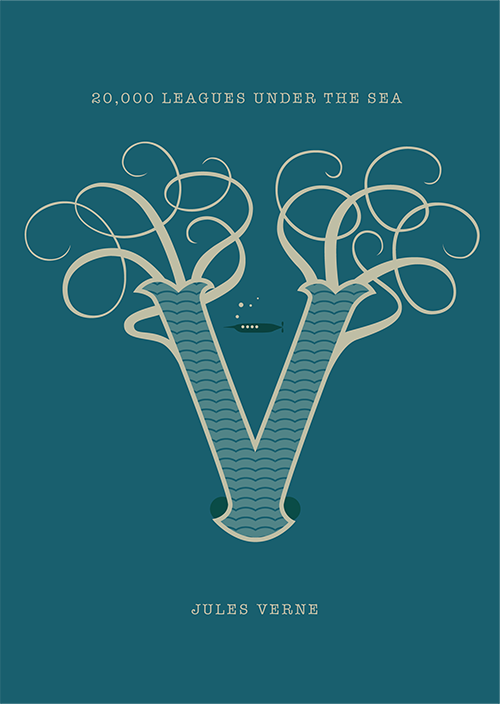 I think I finally found the definitve shape. Now I'm trying to decide about the colors: darker or lighter tentacles? 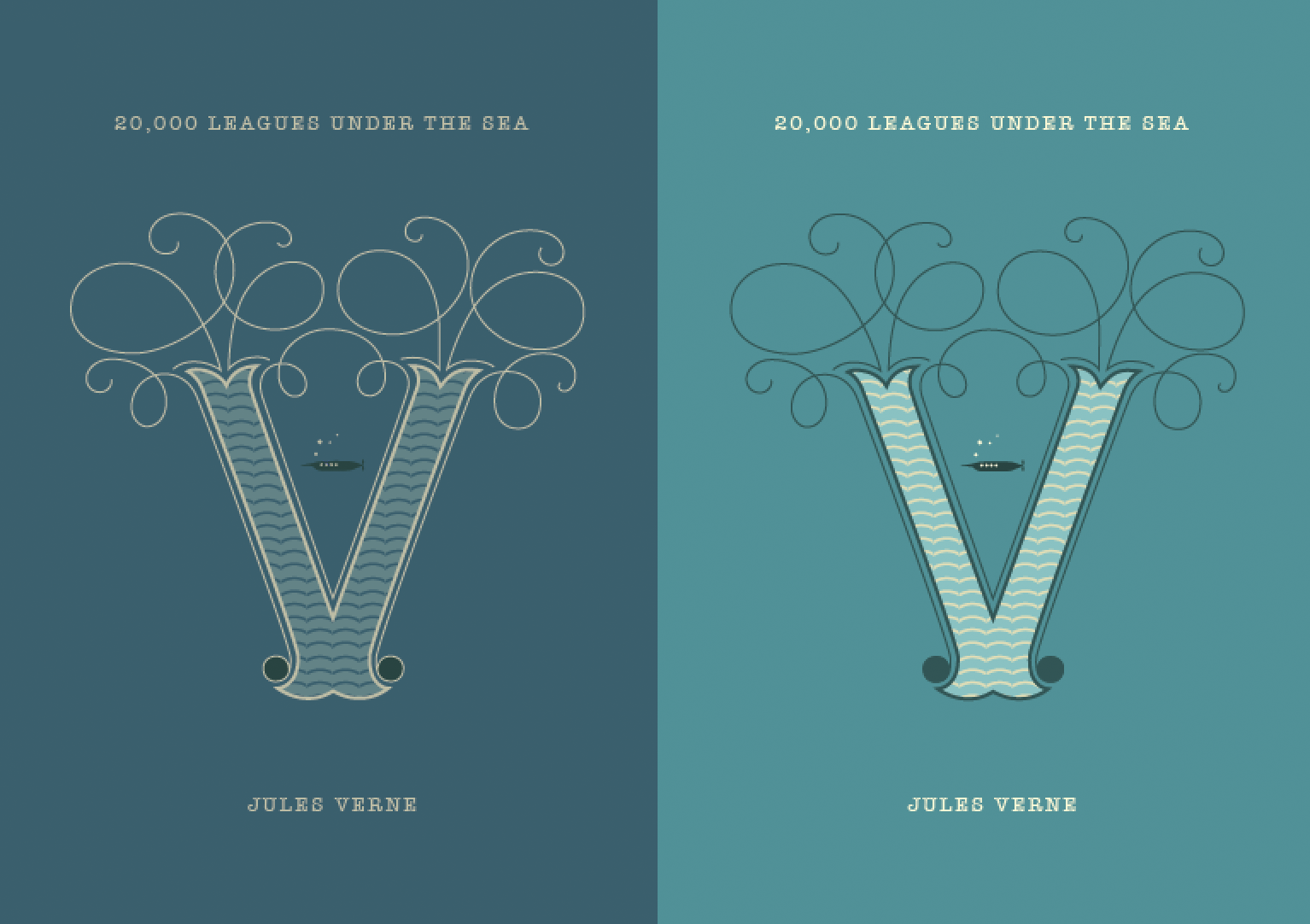 I finally chose the dark version and made some little changes on the waves. I'm quite happy with this final version.

Thanks everyone for your feedback! This class was really helpful and inspiring :) 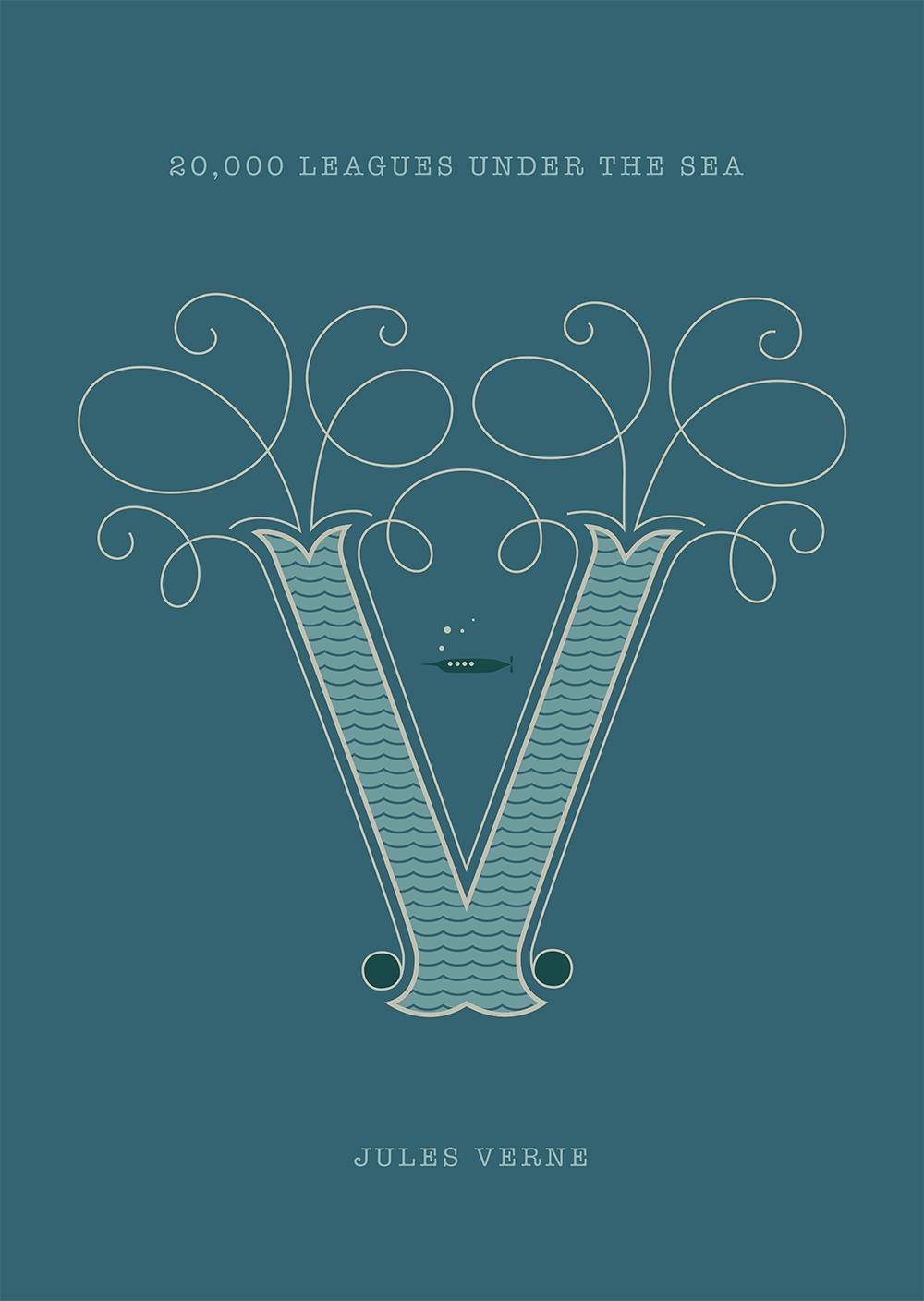 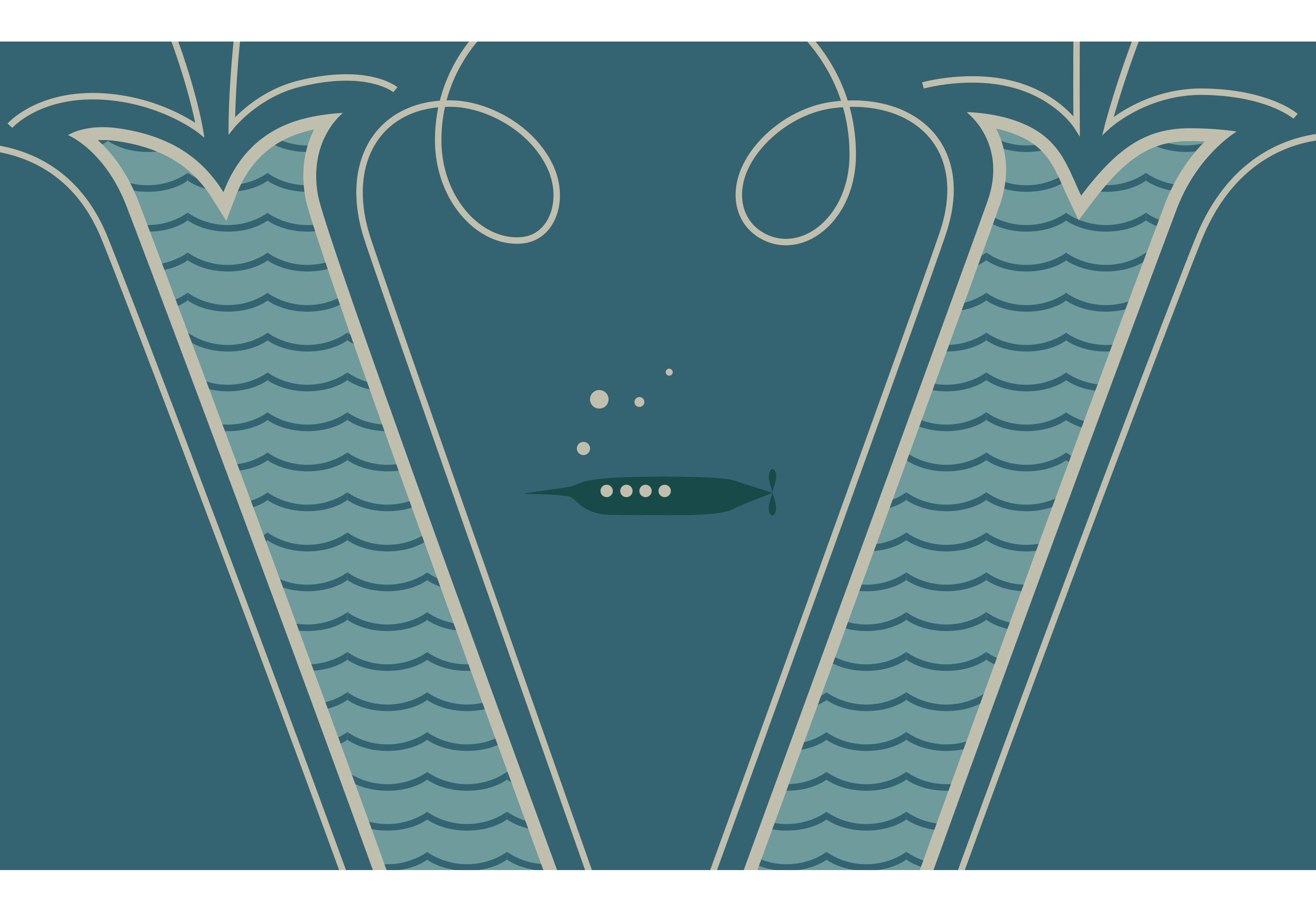 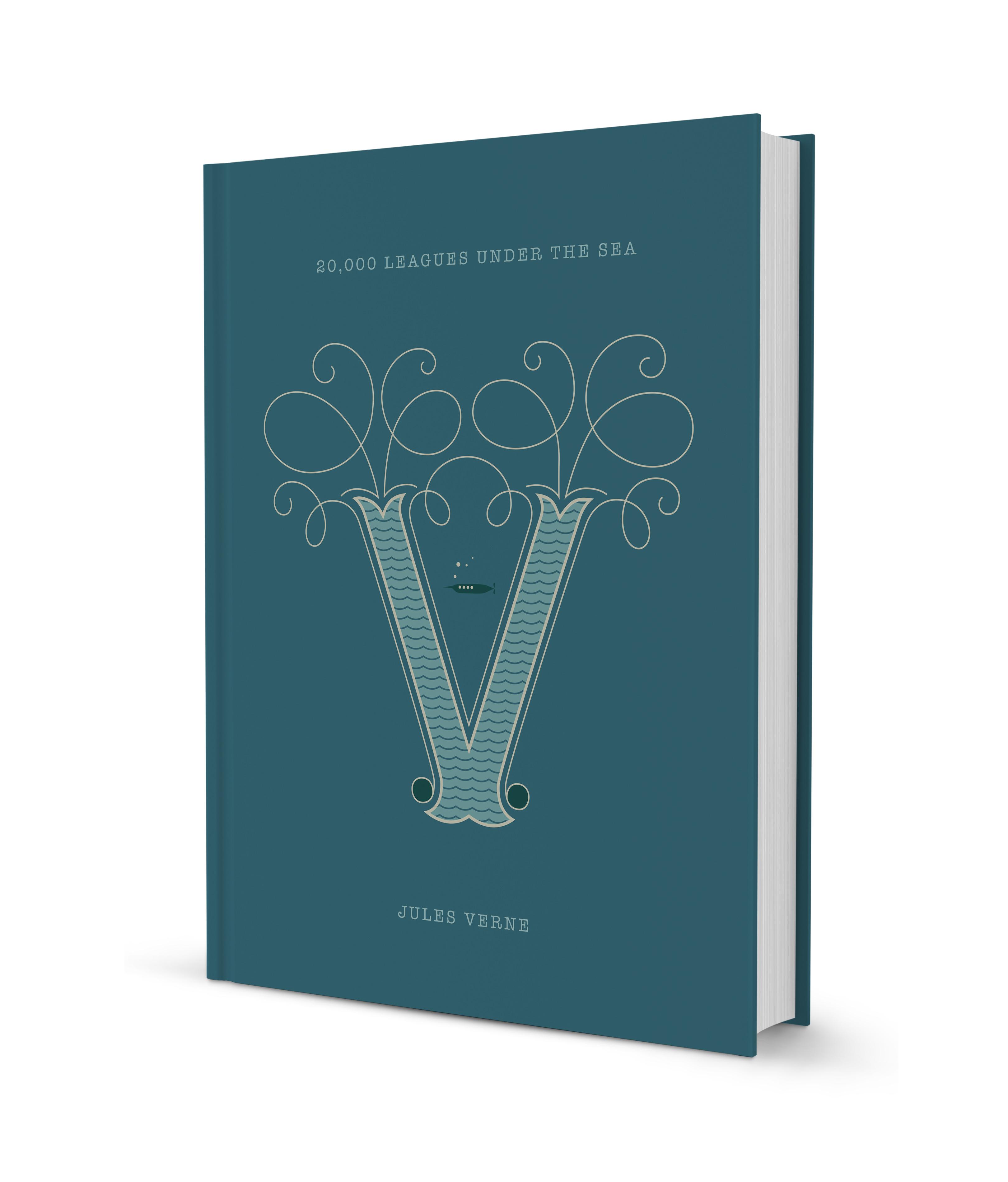