I didn't really see the need to enclose this in a PDF.

Her father has brought her to the Iguazú Falls—a huge system of waterfalls between Argentina and Brazil that is classified as one of the seven wonders of nature. She has begged her father to go here the last couple of months and is so happy to finally be here. She races around the park as quick as the crowd allows while her weary father tries to keep close.  She finally arrives at the platform suspended beneath the great fall known as the Devil's Throat. She has never experienced anything like it, she is so completely awestruck by the pure force and majesty of nature that she forgets the crowd and is pushed over by a European tourist that is desperately seeking the perfect angle for his selfie. When her father finally gets her off the floorboards she is covered with blood and barely breathing. The memory of the majesty of the Devil's Throat will stay with her for the rest of her life; as will a scar shaped like a stiletto heel tip on her left forearm.

She is stuck in a crowd of immense proportions. Her nostrils are filled with the bodily odors of more people that she would ever wish to know covered by the noxious bouquet of a thousand brands of perfume and deodorant. Her earplug-filled ears are overwhelmed by the cacophony of thousands of voices, all trying to make themselves heard while people with leaky headphones desperately try to drown out the rest with music—an ever-escalating war of the decibels. The crowd inches forward with a force rivaling any natural wonder. She has spent two hours in this dreadful mass every day on her way to and home from work for the last two decades. “Soon.” she thinks.

The Future – [Closing in on a Hundred Years old]

She has spent the last four decades exploring the wonders of an Earth completely devoid of humans other than herself. She is getting very tired and finds herself missing old Earth at times. She almost regrets what she did. 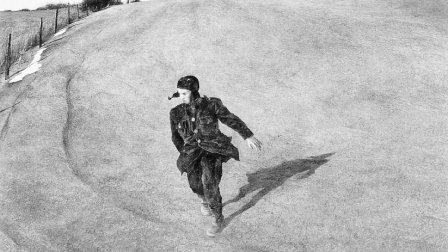