Idea boarding: After completing the class, I had zero idea as to what I would like to do. So I took to pinterest for inspiration

As well as went to the apple metal site and found my favorite pin they had made.

Maybe it's just because of the pinterest community, but all the pins were pretty quirky, and hip. Either way, I decided that it would be fun to try and do a pretty quirky pin. I started making a list of things I thought would be cool to do, and somewhere along the line came up with the idea of a husky rocking some sweet oversized shades.

Conceptualizing: I'm not really a sketcher, so I just went online browsing pictures of huskies. Somehwere along the page of results I found this little guy to base my design off of.

Vectorizing: I jumped into illustrator, and started building half of the Husky's face, so I could later flip it and have a symetrical face.

Then from there, I went and made glasses in the same way I made the husky. I added them over the huskys face, and then also went in and added a tongue.

Finalizing: From this point, I went in and colored the husky, as well as added 2 other variations.

I liked the top right the best. I then went through a bunch of different color combos, but really just ended up liking the original color combo I had the best.

Finally, I went ahead and created a mockup, complete with the backing card.

Thanks for checking out my prokect, and thank you Jon for the class! 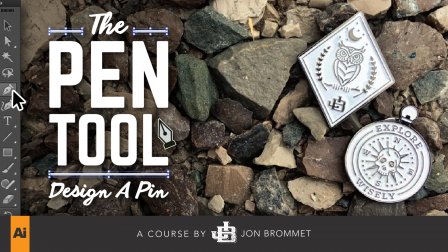