First of all I want to thank Hardy for his classes. All of them are wonderful and so very helpful in many different ways. I always struggled with rendering objects, and color doge brush mode - indeed, the idea of brush modes - gave me such a mighty leg up in digital painting.

So I started with basics. First sphere was made in the translated version of photoshop, in which blending modes are often very... randomly and creatively translated. So it's very possible I chose the wrong mode for this one. But, as I quite like the stoney way it turned out, as if made from some kind of malachite, I left it be.

Then I gathered some references for the armour project.

I wanted to go for a kind of light archery armour look (needless to say I failed miserably and ended up with something unfunctional, but eh). I wanted to make some chainmail to glimpse in places, but got distracted with these metallic scales/flakes/feathers from the reference above. I also wanted jewels to be randomly sprinkled over the armour, as if they were just chaotically pressed into the hot metal.

And now - for the rendering!

Some more rendering and details. Here I also began to shuffle colors a bit.

Next I changed colors a bit more, added more light and final touches. I also thought that with all those scratches it'll look nice if some gems were missing, giving this armour more worn and battered look.

And that's it with the armour! Will be starting on the gun next.

And! Here is the question: is there some preset hot key for flipping image? I can not find it by myself, and it would be extremely helpful. As I'm forced to flip the image manually through the relevant menu, I rarely bother to do so, and it shows in the perspective mistakes, which otherwise I would have noticed and corrected on early stages.

Thank you for watching, and thanks to Hardy again for a brilliant class! 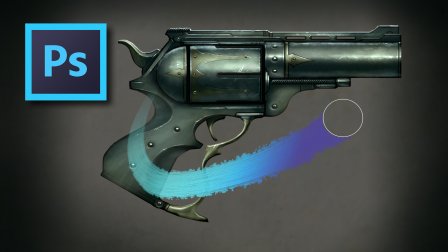