I'm a real lover of painted signs. Especially Dad's Paper Signs style one stroke lettering. I love the simplicity of color, and composotion, but the subtle complexity of each letter. So, lately, I've tried to replicate the feeling of a lot of those super simple alphabets into a type system. I'm half interested in it looking authentic, and half interested in it looking like a modern system—meaning: I don't think contextual alts that have many slightly different /S/ or various textures is appropriate, but I do want it to have a bit of hand made charm.

Painter's Grotesque is an attempt at a lettering and painting style that is similar to your average Sans/Egyptian, but doesn't follow every convention. Erik Marinovich's lettering here demonstrates the style in the lettering "Eight Hour" and "Washington Ave N" very well:

The letters are a little condensed, and feel a bit like Avenir Condensed, or Mission Gothic, but with a little bit more charm. Each letter holds its space very well (as apposed to traditional diagonals on /A/ or /W/). Letters like /K/, /R/, /P/, and /Y/ are a little top heavy.

Fonts like Blanch are close, but lean too much on the side of looking machined, and geometric. As well, the charm of the rounded /A/ and /W/ gets a little overwhelming when applied to letters /N/ and /M/.

So this is a few of the letters in my first draft. Any advice or thoughts are appreciated, but these are the two big things I've been wrestling with: 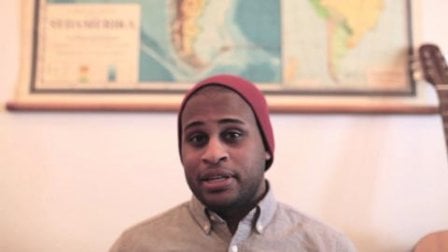