I work as a freelancer doing websites, graphic design and online marketing. Now I finally can add video editing to my portfolio. Thanks professor Phil Ebiner for this amazing class.

A client I have in Guayaquil had been asking me for a short video to use in his facebook page. I felt bad for not being able to make it so I decided to do it as my project for this class.

Since it is a language school I thought about using a chalkboard as the background and writing some text on it. I found this one in google images:

Then I searched on the web for free chalk fonts and found a cool one in 1001 fonts.

I wrote some words for the video introduction and used some in and out text transitions that come with after effects. I picked a different one for each screen of text.

Then I put some images of the school and the students and also picked some built-in transitions for each one.

To finish it, I created a solid blue layer and used another transition to make it appear. I Made some other animations for the logo and phone number of their 3 locations. A black layer comes after it to finish the video.

For the final touch I found a happy soundtrack on www.bensounds.com and included in the video with a fade-out effect in the end of the composition. The result was a nice video for a facebook advertisement.

And that was it. I'm so happy I took this class and this was my first attempt with Adobe After Effects. I just finished the course and was able to make some money usind the skills learned here. This has opened a new horizon to me and I will continue studying after effects. 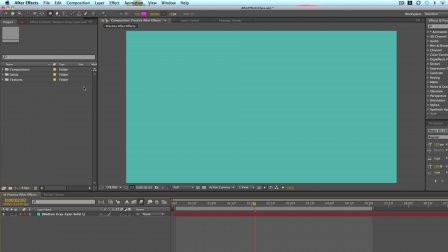