When I was two, I learned that I could fly.  I learned this one chilly Brooklyn morning when a fit of temper propelled me out of my mother’s arms and down the long narrow staircase leading to the ground floor landing.  Instead of ending up at the bottom in a twisted mass of broken bones and contusions, I glided gracefully to the bottom supported by two very strong and very invisible hands.

My mother designated this as a miracle resulting from the thick folds of my pink snowsuit but I knew better.  My body held the memory of large finger bones pressing into my back.

Like every other occurrence on my childhood journey, I simply incorporated this incident into my developing identity like the time my cousin Donald peed down the front of my party dress causing it to stick in humiliating wet sheets against me or the smell of ether as it filled my nostrils in preparation for surgery.   The flying incident simply became part of my history and experience – not even particularly notable.

I don’t remember the moment or how old I was when I realized that not only was this particular event notable, it was in fact, unexplainable.  Even Catholic school with its stories of saints and angels didn’t clarify this for me as all the stories of miracles happened with great fanfare and only to exceptional people in times long gone.  A baby being carried down a staircase in Brooklyn by invisible hands just didn’t seem to qualify.

A talkative, precocious and opinionated child, for some reason I chose not to share this incident with anyone.  Instead, periodically I would grill myself about it – asking the usual and necessary questions.  Did I imagine it?  I was sure I hadn’t because the sensation of hands was distinct and I remembered how gently I was deposited on the cold tiles of the landing.  Did I misunderstand something?  I was sure I hadn’t because if I had simply propelled myself down an entire staircase at that age I would have been seriously injured or died.   Convinced of the snowsuits potent powers, my mother attested to the fact that I hadn’t been damaged at all.

“Not a bump or bruise – not even a mark.”  She would say in awe of the miraculous garment.  I didn’t correct her.  My mother was particularly sensitive to, and frightened of anything that even hinted at the preternatural.  Her own upbringing made her view such topics in the most negative and superstitious light so I naturally avoided introducing them.  When telling this story, my mother always added:

“…and when I got to the bottom of the stairs, there she was – giggling!”

When I was old enough to place myself in time, I realized that this incident occurred within a week or two of my oldest sister’s tragic death.  In fact, I came to believe that my mother’s state of mind would have been the explanation for her choosing to outfit her baby for winter at the very top of a treacherous staircase.  Any parent knows that dressing a baby in a snowsuit is almost impossible under the most favorable circumstances and my mother’s excessive caution was legendary in these matters.  She must have been in the fog of grief.

From that day to this, I am left only with questions:  So what happened to me and why?  Is this what people call angels?  At age two, I had absolutely no opinion on the matter.  I certainly wasn’t yet indoctrinated in any religion or cultural expectations.  It was simply one more experience in a whirlwind of new experiences that was the daily norm.

What really haunts me is imagining what would have happened if the hands weren’t there.   How would my parents been able to cope with the loss of two children within mere weeks?   When viewed from that point of view, it does seem to suggest that there is some kind of grand design – some mercy that gets metered out, albeit unfairly.  In my case, this seems to answer the “Why me?” question at least.

I often wonder how many other toddlers didn’t survive their accident that day.  Statistics suggest that this number would be fairly substantial.  According to the Centers for Disease Control, on average, more than 12,000 children die each year in the United States from unintentional injury.  Falls down stairs are generally included among the top four or five causes of death in children under five.  Is this phenomenon available for them but simply chooses not to act?  This would imply that life is not as much of a crap shoot as we may think.

You may think that this experience pushed me into the direction of some kind of organized religion, but you’d be wrong.  In fact, I believe what it did for me was to open my mind and my heart to a skin and bones reality of the unseen world.  I saw no wings, heard no choirs and felt no piety that day – just simple, matter-of-fact immediacy.  For me this never seemed to sort with the dogma and gravitas of religion.

What it did do is to set me on a lifelong quest to discover how that unseen world interacts with our physical reality.  Just what is it that can defy our physics seemingly at will and interact with our reality in so many forms reported by so many experiencers?  Admittedly, this has been a frustratingly illusive hobby with absolutely no promise of satisfaction. 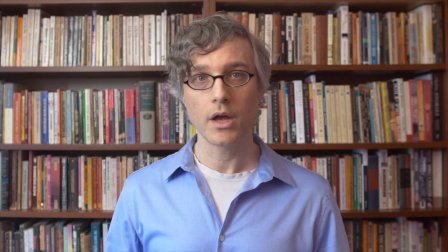