The final version of the graphic, all animated and published, can be found over at Pew Research Center.org.  This was a great experience and a very helpful class. Cheers!

Brainstorming some ideas for this project.

The idea of creating more of process based projected was very interesting to me.  I work with data all the time in my day job, so I thought it would be fun sketching out some ideas that are a little different.

I'm still trying to decide between creating a visual of how animated features are created OR a timeline of the first landing on the moon.

So it turns out that my very busy fall turned into actually creating a motion graphic from start to finish for my day job.  I really hadn't had a chance to work more on the ideas I put together above, but in the mean time, heard word from my work that a motion graphic by Thanksgiving was a sure thing.  This set me into completely as many Lynda.com trainings about Apple Motion and completing a 2 min information motion graphic about a report released just after Thanksgiving.

As it was a learning process for both me and my colleauges, the pre-planning schedule did not go as expected.  What was developed as production schedule over the three weeks prior to Thanksgiving, including script development, recording, and animating, turned into a week of script writing and four days of animating (totally about 70 hours in Motion, a quarter from home...my poor husband).

As I created the whole project without watching some of the videos, I will attempt to post my production notes and schedule and talk about how our project developed in terms of this class' schedule.

In early November, our U.S. Politics research group and I sat down to talk about some possible graphic assets to contribute to the release of their America's Place in the World report in early December.  This report is updated about every 4 to 5 years (2009, 1997)  and is comprised of survey findings about a range of topics asked of Americans and a group foreign policy experts.

The major findings, they suspected, would be a continuing of the trend of opinionconcerning American's thought on the US 'minding its own business' in the world.  This trend, each time it is asked, gets at attitudes of Americans about how concerned they are in getting into the good and bad of other countires, allies or otherwise.  We fortunately had data for this trend going back to 1964 (a rarity at our center), covering such periods of history as the Vietnam War, the Cold War, the recent recessions and engagment in the Middle East both in the late 1980s and after 9/11.

There was also an interesting trend on how powerful the US was internationally than it was 10 years ago.  We also had long-term trend numbers for this question (going back to 1974).

Additionally, our researchers wanted to feature numbers on the benefit of economic ties and the reasons why perhaps these trends have reached an all time high.

Fortunately, I was able to work with some really great researchers and writers on this project, who are not only experts in this field, but passionate about telling truthful and clear stories.  We worked back and forth after their major findings came back from the field to determine exactly what kind of story was to be told here with this data.

The benefit of a motion graphic, we found for this report, was the ability to contextualize the trends in time with history.  We were able to stop and start this seemingly abstract lines to convey where these points were in time.

Also, the video would serve as an 'executive summary,' introduction, and overview all at once determined by audience.  For those more interested in the topic, it was an introduction to the report and almost a tease to read the report in its entireity.  For the every day reader, it was a visual story to give them a through explaintion of the topic in a brief and engaging way.

I worked directly with the researchers to gather the specific data for this project.  Here are the charts from the report that we also implemented into the video:

For this project, our communications staff and writers began to develop a script and story while I created a production schedule (though unecessary!). 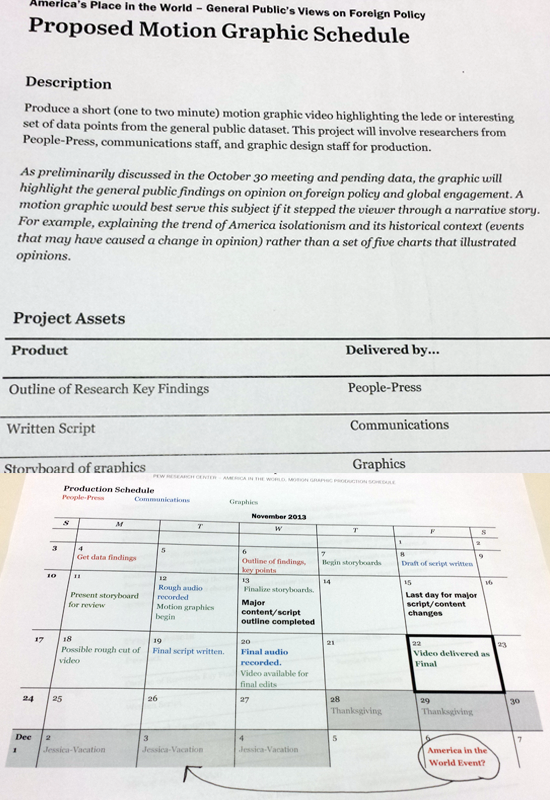 I also created a list of information motion graphics for our researchers.  We hadn't really done a project like this before, and it was helpful to have everyone on the same page about what was a motion graphic anyways.

The researchers, writers and I worked together to develope an outline of findings and eventually a script that would guide viewers through the data in the motion graphic.

Because of our schedule and the writing process from the researchers, the script and the final storyboard were developed around the same time.  First our writer would take a crack at the script and I would storyboard it.  We would then both present it to the researcers for feedback and revision.  We went through this process about three or four times before a final, final script and storyboard was completed and I began animating the video in Motion.

Here are some of the storyboards I developed.

Storyboard version one.  For this one, we had little oversite from the researchers.  It was more of a proof of concept for the researchers to better understand what we were trying to accomplish than anything. 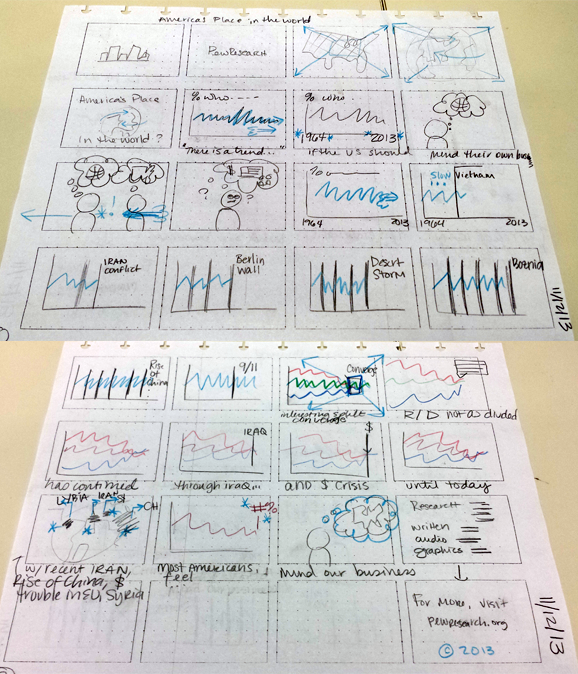 Storyboard version 2.  We had a little more oversite here, but the final ideas were not fully developed yet. 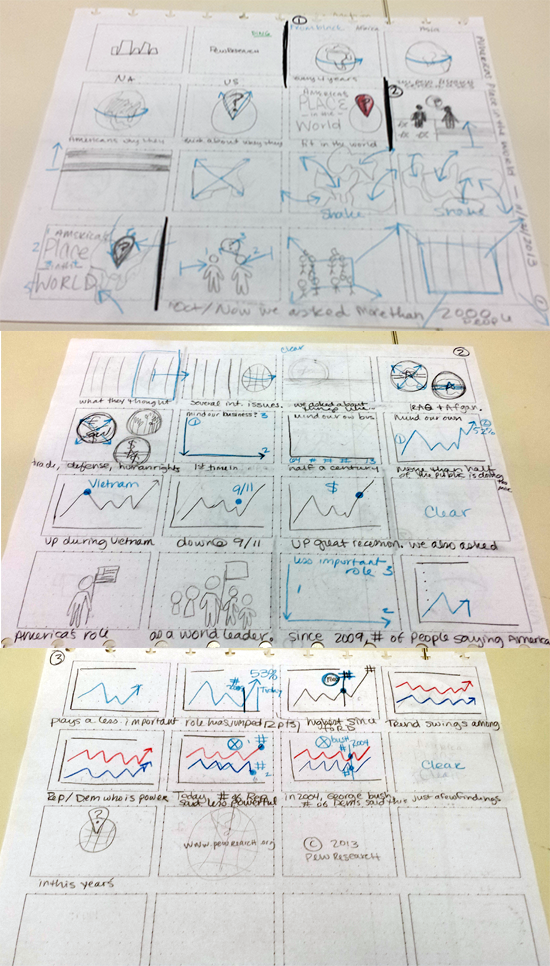 There's also a presentation verison of this you can see here.

The final script was developed and recorded and storyboarded on paper one final time.  I have these sketches somewhere that I will post here soon.

The final video was reviewed and released with our report in early December.  You can see the final information motion graphic here: 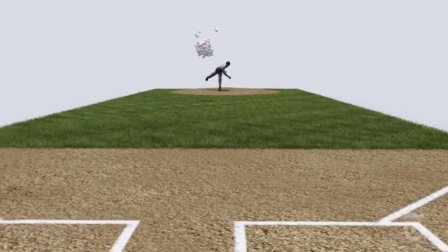