I designed characters for a zombie survival game. The characters are based in jobs. Badass workers who could survive to a zombie apocalypse:

First, I made some rough sketches of different poses for the characters. Finally I decided to use the second one to follow the class.

I used the S and C curves and corrected some errors. I also tried to add more tension to the pose and increase the feeling of movement.

Whit the skeleton and the silhouette I spotted some other mistakes.

Then I redrawed the final version.

I made some tests for the lights and chosed my favourite one.

Little by little I added more details until the final version was done. 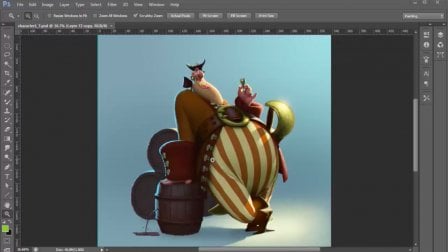