The Viking and the Sea Nymph

I've been working on this particular idea for a while but I wasn't exactly sure as to how I really wanted it to look. I love the idea of fairy tale romance and being a Disney fan at heart, one of the stories that has always inspired me was The Little Mermaid. I thought about the story for a while and imagined an idea of the prince dreaming of his mysterious rescuer during the backdrop of a late sunset/ twilight hour.

I was imagining him to be battle worn. 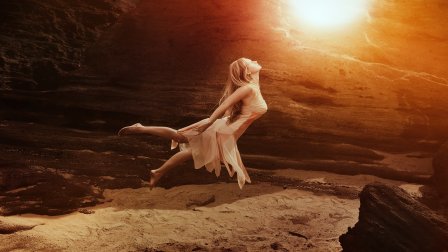