Have Yourself a Merry Little Chirstmas

Here is my final project--reading the guitar chords included on the sheet music with slight embellishment of using the chords to guide some improvised transitions, opening, and close.

I have not decided what to do for my project yet, but I may choose Christmas music or my own arrangement of something from that music genre.  I have just finished the video on sevenths, which I will need to work on as this is quite new to me. Earlier today I pulled out sheet music for "Have Yourself a Merry Little Christmas" which has the seventh minor chords on it that I had to skip over as I did not know how to do them.  So my next practices will be that song plus a few other song sheets I have with seventh minor chords on them. All of the other chords are easy for me and work out well.  I had already had an idea of how to incorporate the rocking bass and bass accompaniment and it is true--you can pretty much go wherever you wish with that.  One thing that is also nice is that you can see that pattern and also do runs all the way up the keyboard, then back down to the lower chords to be able to have a nice finish.  I really enjoy having a nice close to a song without errors or guessing.  Just following the pattern sounds really nice and you can't go wrong.

For practice, I tried the sevenths on some other sheet music, but they had other symbols as well (all in the key of A) so my focus is now to practice the sevenths on my Project Selection so that it is prepared for recording.  For me, it is a hand stretch to play the sevenths, so I am only doing the bottom two notes and the seventh note rather than all four notes.  Also, in a few spots it sounded like too much for that continual concentration on the high notes (except for the first chord of C, the remaining four have sevens after them), so I alternate.  I play the Am7 as Am and then my simple version of a seventh for the D7 and G7.  I do not have a singing voice--limited range and pretty much alto, so although it works for some harmonizing that's about it. Therefore I will post the lyrics for have a Merry Christmas and listeners can sing along--possibly I will hum a little of the tune or sing enough of the words with the lower notes so as not to spoil the recorded project! Technology is my bigger challenge than piano chords--I have to figure out how to use my new webcam before I can record...

Big step forward--I finally added a webcam to my computer this week and practiced using it, so I can finally record my piece for this class project.  As I looked at the header in the title space it really is true that one can learn to play any song within an hour after taking this class--even after the first few lessons.

I don't have a singing voice, so am including the lyrics for "Have Yourself a Merry Little Christmas" below.

I did need to solve several problems (I have the sheet music and am using the guitar chords) to create a piece using almost exclusively the chords.  First, I used the first four chords as one measure of four counts each as an intro.  For the closing, I followed the sheet music, which had a broken chord, but I added one octave up and then one octave below with the broken chord on the top and just the first and fifth finger keys as Simon showed in "Imagine".  Throughout the piece I needed to adjust whether I used the Dm7--at times I only used the regular chord as it sounded skewed upwards and seemed to lose the melody.  I also stepped in and used a 1 or 2 of the actual chords written in the music in two places as they were very close to my chords and just sounded a little better, especially with the minor tones.

One final note--my webcam mike did not pick up much of the sound at al while recording, so I attached my Blue snowball mike to my laptop and placed the mike near the piano pedals.  I've just got to add an intor slide to my video--coming soon!

Have yourself a merry little Christmas Let your heart be light

From now on, our troubles will be out of sight

Have yourself a merry little Christmas Make the Yuletide gay

From now on, our troubles will be miles away

So hang a shining star upon the highest bough

Let your heart be light From now on, our troubles will be out of sight

Have yourself a merry little Christmas Make the Yuletide gay

From now on, our troubles will be miles away

So hang a shining star upon the highest bough And have yourself a merry little Christmas now.

Many, many thanks Mr. Glenister!  I am so grateful for your class--it is a joy to just sit down at the piano and actually be able to play beautiful music! 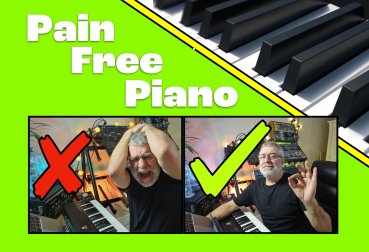