Untold stories of a passionate photographer

Before being swept in the seas of bureaucracy, back in the nineties I was a passionate twenty year old, full of energy. I wanted to travel the world, meet new people and live a life that people would disapprove of. Yes, you guessed it right. I chose photography.

I pictured the butterflies in the colorful fields, trees dancing to the melodious breeze and my parents intertwined in the process of lovemaking.

So when I showed it to them they failed to identify the underlying beauty of photography defined in various shapes and sizes. Kicked out of my house my journey began.

I bought a book on photography and the first page started off with a definition.

I threw it away. I was neither interested in Shakesphere or Dickens. I have always felt bad for Dickens though. My second name is Soiled and my friends used to call me soil. All I am saying is either Dickens had no friends or the ones he had had their second name as Pussens or Penisens

From the houses in the neighbourhood to whorehouses in the city I was the epitome in making troubles. Cases were charged, I was convicted and I was on the run. I crossed small sized towns, mid sized cities and large sized metropolitans. One fine day as I was walking past the White house, I made up my mind to meet the President. As I walked to him the next day, he called me from behind ‘Hey, you soiled piece of shit, What are you doing here?’

‘I wanted to click your pictures Mr.President, I have travelled miles just to click pictures of your beautiful family. Give me an opportunity and see it for yourself’

‘Well, big Harry could never say no to that, go ahead’ said Mr.President as he walked away.

I pictured the white building, walking around slowly in and out again and again. As I went further inside the confines of undiscovered beauty, big Harry waved at me and then resumed passionately making love to his wife. I couldn't believe it. I acknowledged back by clicking pictures. By evening, Mr.President's family comprising his wife and four kids had come together for a group photo. I was showing them all the photos. I definitely knew his wife and children would be marvelled by my skills. They looked in fascination as I went through the pictures. I waited for the picture with Big Harry unravelling his stories behind those bushes.

Everything that happened after that was vivid. His wife asked me to click pictures of just the children together. At the sound of the snap as I clicked the picture, the sound of a tight slap coincided alongside. I turned back to see Mr.President holding to his left cheek as his wife walked away. Well, that was the last photograph I captured. I was photographed the very next day, and put behind bars for the rest of my life.

Didn’t I tell you I was swept away in the seas of bureaucracy? 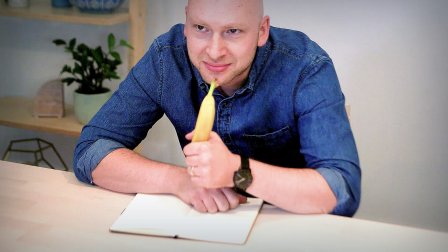