I'm working with a Nikon D3200, which isn't the best choice for low-light photography as it gets *really* grainy at higher ISO settings. I had to sacrifice a little on the ISO setting because I was aiming for a faster shutter speed in order to capture some of the swirls of steam; I didn't get the steam as sharp as I wanted but at least it's visible. I shot this with a 3.6 aperture and 1/6 shutter speed (using a tripod and remote control.)

I used a lot of black & grey foamcore to set up a sort of inverse lightbox in order to control the amount and direction of the light. I only have one window in my apartment that gets any real daylight so moving the light source wasn't an option and I had to get creative. My two primary goals were to keep the tea tin label juuuuust light enough to be readable, and to capture all the subtleties of shadow on the skull-shaped sugar "cubes." The overall effect is a bit darker than I was hoping for but gets the point across in the way I wanted. I would have preferred a lens with a larger aperture setting to both capture more light and provide more depth of field, but this was what I had access to. It's sufficient for a jumping-off point.

I did post-process in CameraRaw which allowed me to pull a little more light/glow into the tea in the pot as well as add a teensy bit of vignette after cropping to keep the eye from wandering off the edge of the image. Probably the least amount of work I've ever done in post, though, so thanks to this class for the great tips for getting a better image straight out of the gate!

The one thing I definitively don't like because it looks amateur to me is that the highlight in the teapot handle is so greyed out. I did this intentionally to maintain the suggestion of the handle without having a giant distracting blotch dragging the eye away from the central focus of the image; however, I don't feel it's up to scratch and next time I will look for other ways to  get around that such as maneuvering the teapot into a different angle. 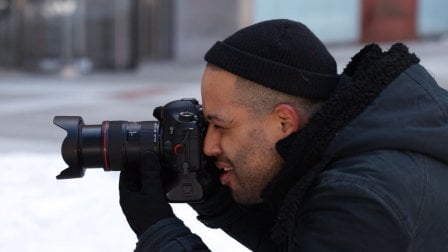