I decided to have the guy have his back to the girl in these scene. He can’t really truly face her. Because despite not loving her, this decision is difficult. And also him about to walk out the doors signaling how he’s metaphorically shutting her out of his life, to move on to the one he actually loves, which in this case is a guy, shown by the photo. To me the dialogue in the tweet made a lot of sense if the man that’s talking is someone who recently realized he’s gay, and keep up this facade anymore of being straight, even though he knows this will hurt his now ex-girlfriend. He needs to be with the guy he loves. 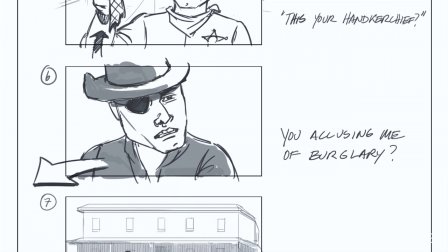