We’re calling our theme Evil Twin because when people tell us they wish they had a twin, more often than not, it’s for very bad reasons. Like, they want to be able to get away with something, or maybe something supernatural would happen and they could read each other’s minds. Trick people. All that magical twin jazz.

Inspiring quote: “While most people begin life separate and must learn intimacy, my twin and I began life intimate and had to fight for separateness.” - G. Levoy, Psychology Today, 1989.

Inspiring song lyrics: "We came into this world together, legs wrapped around each other. My cheek against my sister's, we were born like tangled vines." - Andrew Bird, "My Sister's Tiny Hands" 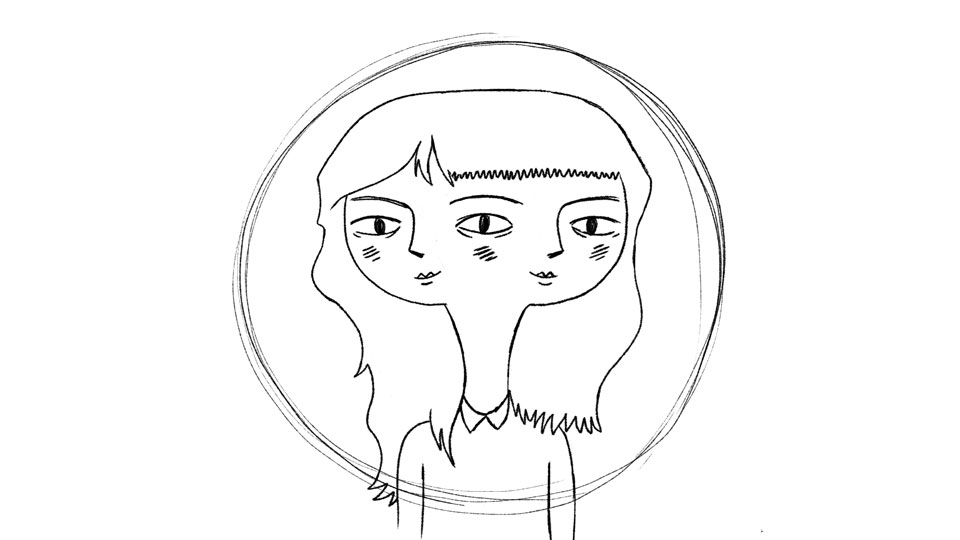 We played with the idea of the twins being conjoined somehow, but not like an American Horror Story freak show. After moving the characters around it fit like a puzzle when their eyes matched up.

This was our first attempt at color (and texture) which we failed to mention during the class. Oh well! Just thought we'd share it here.

We actually still really like these colors! But in the end we preferred an orange and gray palette. That's why it's important to keep the layers separate, it just makes color changes super easy. 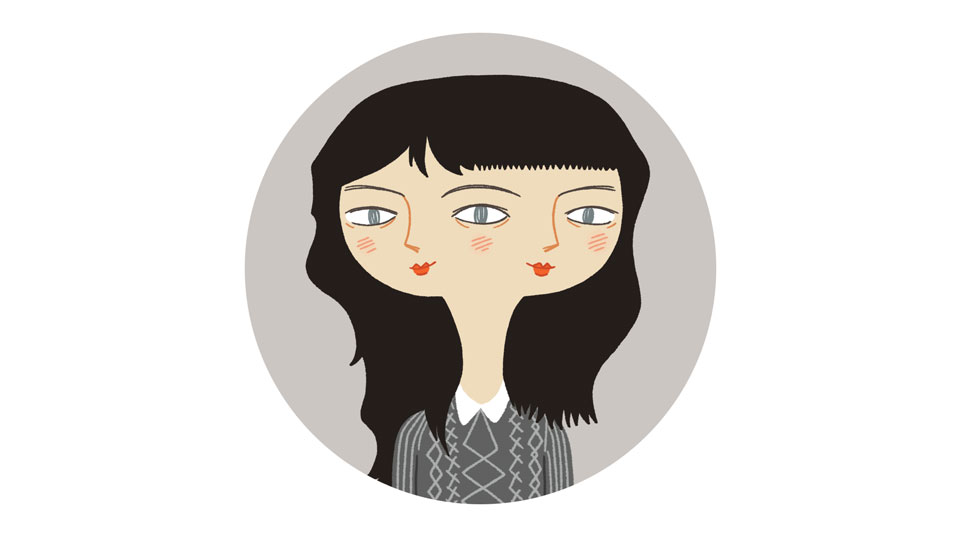 Not reading too much into color meanings here. Orange means fun, whimsical and childlike. Gray means classic, sophisticated and practical. Color theory is important, but this is a personal project and we just think they look pretty.

These are our two storytelling positions. One girl splits and becomes two, which is basically what happens with twins. We were one, once. 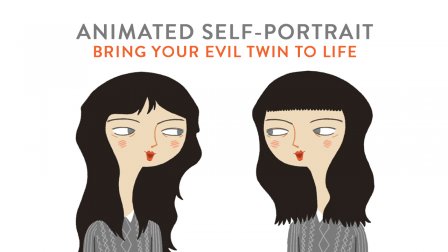