Name: Emilie (everyone calls her Emi)

Currently lives (if different from home town): At the time of writing this, she is traveling with her friends and doesn’t have a house

Weight: I’ve never really thought about it, but I think she’d be lighter than average

Fitness: Agile, but not very athletic

Style of dress: Simple and pretty, usually a white blouse with a calf-length skirt

Things they like about their appearance: Her hair and eyes

Things they dislike about their appearance: Her claws are unusually small, for some reason she’s self-conscious about them

Parents: I haven’t named them, as they aren’t essential to the story, but they’re kind and supportive

Siblings: An older brother named Luca. He and Emi are very close.

Relatives: None that I’ve created so far

Type of house/ flat/ other they lived in growing up: The typical housing for their village is basically a big, elaborate tree house, so they lived in that

Color of their bedroom walls growing up: Wood

Person whose poster they had on their wall: No posters in this fantasy world

Type of house/ flat/ other they live in now: As I said before, she doesn’t have a current house

Color of their bedroom walls currently: None

School: For some reason, everyone in this universe is homeschooled. Don’t ask me why.

Current Friends: The same as above

Life changing events: When she decided to leave her village

What they wanted to be when they grew up: I’m not really sure how jobs work in this world, probably a lot of different things

Favorite food: I don’t really know yet, probably something sweet

Favorite music: Whatever kind exists in her village

Other interests: Basically anything and everything, she’s pretty outgoing

Personality strengths: She’s very friendly and happy, so she’s always able to cheer someone up, she’s also hardly ever embarrassed

Personality weaknesses: She talks a lot, especially when she’s excited, she’s also a bit childish and has a short attention span

How they deal with problems: It depends on what kind of problem. Sometimes she’ll be the first one to do something, and other times she’ll be hiding behind someone else

Biggest achievement: I’m not sure yet

Life goals: To stay with her friends and help Finn

Most important life moment so far: When she left her village

How they would feel and what they would do if their house burned down: She would freak out and sound an alarm because she lives in a forest

How they would feel and what they would do if their mother died: She would probably cry for a month or longer

What they would do if they won the lottery: She wouldn’t be sure what to do, she’d probably split it between her friends

How they feel about Christmas: I don’t know if Christmas exists in this world, but she would really like it. Her favorite part would probably be giving people things that make them happy

Where they would live if they could live anywhere: She doesn’t want to settle down. She likes traveling.

I’m not very far into the story yet, so sorry if this all seems a bit vague. Her three most interesting personality traits are probably her friendliness, her self-confidence, and the fact that she talks a bit too much.

As of yet, Emi doesn’t have a huge life goal. She just knows she wants to stay with her friends and keep traveling.

Some conflicts that I think could get in her way are her fears and her short attention span. 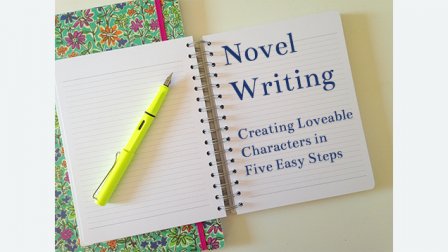