So glad I took this class, as I've never been able to figure out how to make proper gradients in Illustrator before! I still struggled a bit because I wanted to do a more complex gradient using the gradient mesh tool, but I couldn't get it to put the mesh where I needed it to be (i.e. down the center of the leaves) - it was always at a strange angle. Eventually I decided to simplify my leaf shapes so that a simple linear gradient would work. Here is my initial illustration:

The white (daytime) version of the pattern - I edited it once I'd already made the swatch so it doesn't match the initial drawing exactly:

When I exported the jpegs some thin lines appeared on the illustration that don't exist in the Illustrator file, so that's a bit annoying.

And here it is layered over another color to create the nighttime version:

(Again with the lines.)

Was a bit worried about making the pattern because my illustration was a bit complicated, but the tool is so easy and quick to use. Fun! 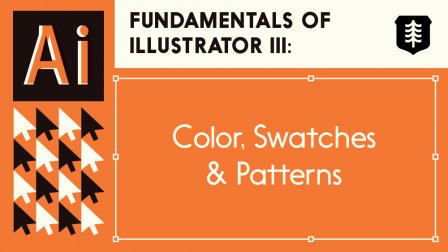