If you don't ask, the answer is always no. 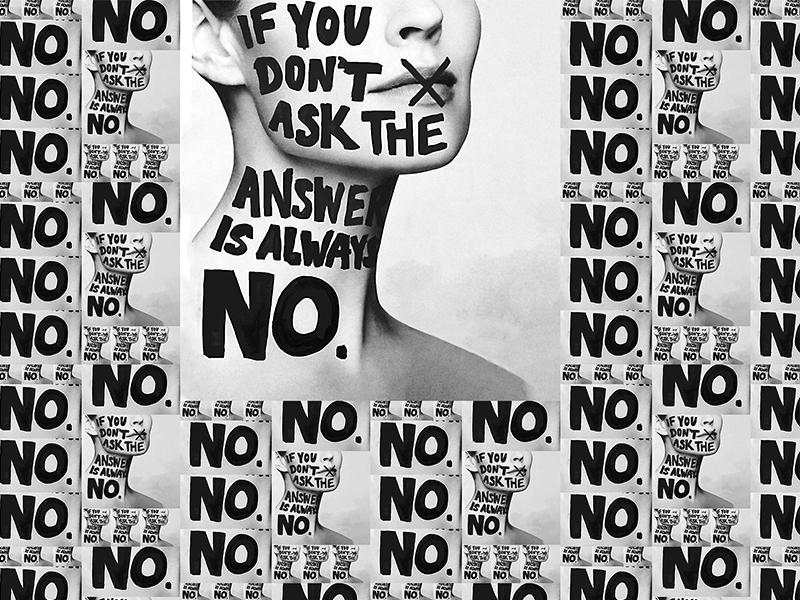 This poster started out as a cover for a failure resume I'm in the middle of writing for Ethan Bodnar's class on failure. As I was doing it, the principles that I picked up in this class from James Victore kept coming back to me. I didn't worry about making it perfect as I'm usually proned to do, but instead tried to give over the feeling that I have for this quote. It means a lot to me because lately I've been reaching out to people for different opportunities/projects and in order to get a yes, I need to go through all those no's. So this quote comes to mind when I'm hesitant to send an email because I'm afraid of a possible no.

It started out on an ad in the Martha Stewart's Living magazine (for long neck creme???), using a king size sharpie 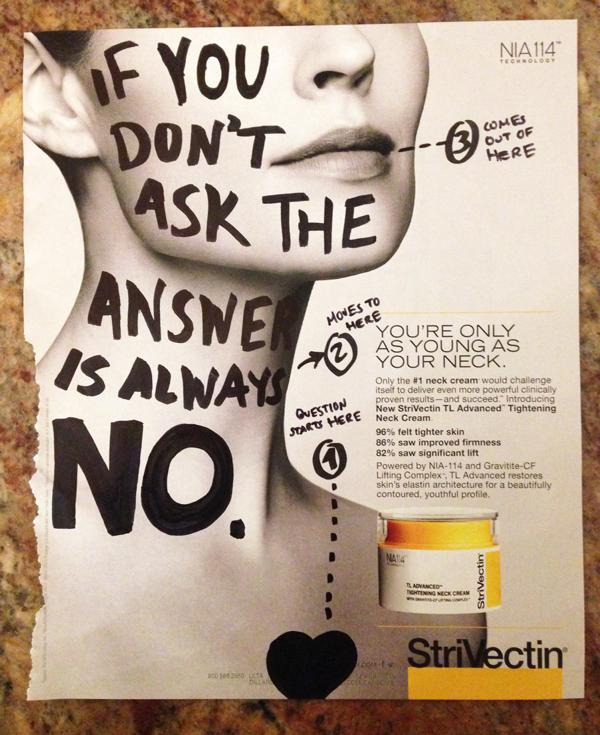 2) In photoshop, I cleaned up the image, beefed up the lettering using a wacom, and moved along even though the letters are far from perfect (which we'll say adds to the charm). I also tried it with different neon color overlays which were pretty cool. 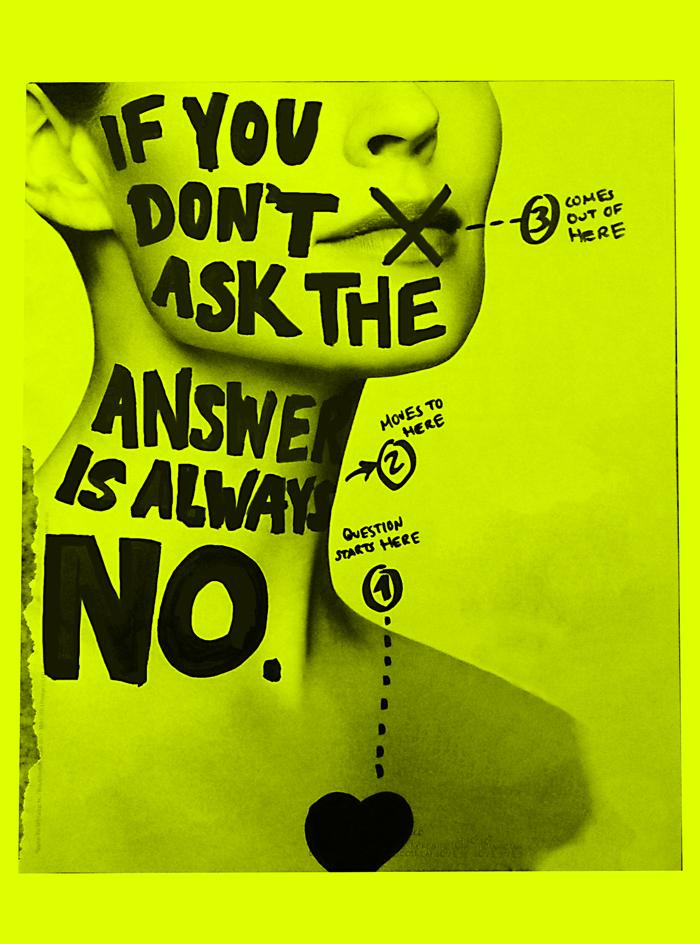 3) The added steps and the heart weren't adding anything to the message so I got rid of the extra noise... 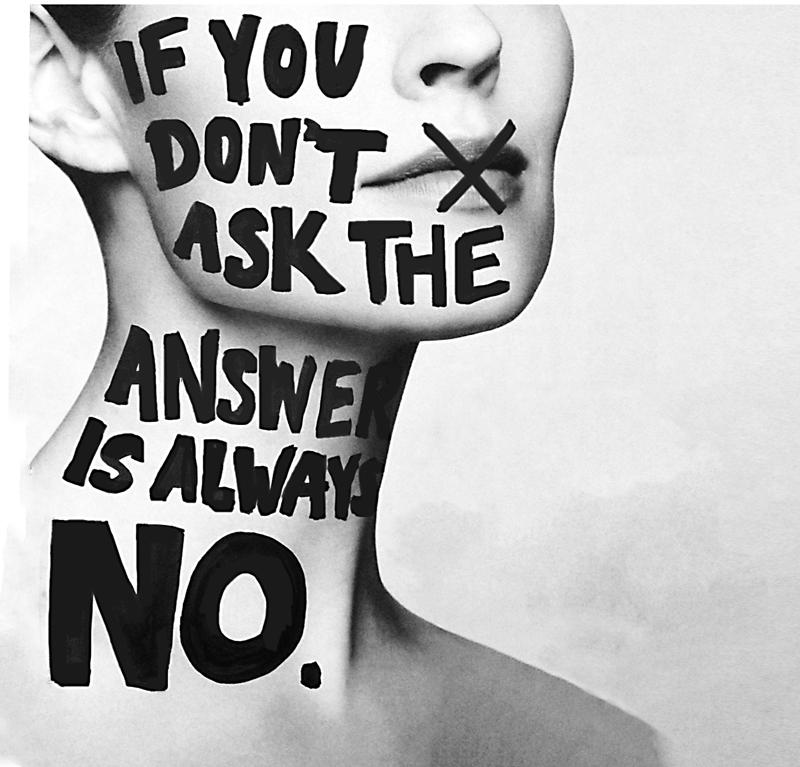 4) ...and collaged the heck out of it until it turned into this. [The repeating no pattern is pushing on the idea that sometimes a rejection can feel worse than it actually is because of what we tell ourselves]

And that's where it's at. Would love to hear your thoughts and feedback. 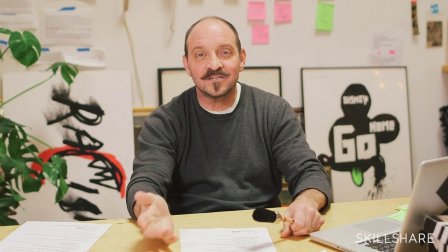