Examples from the Course 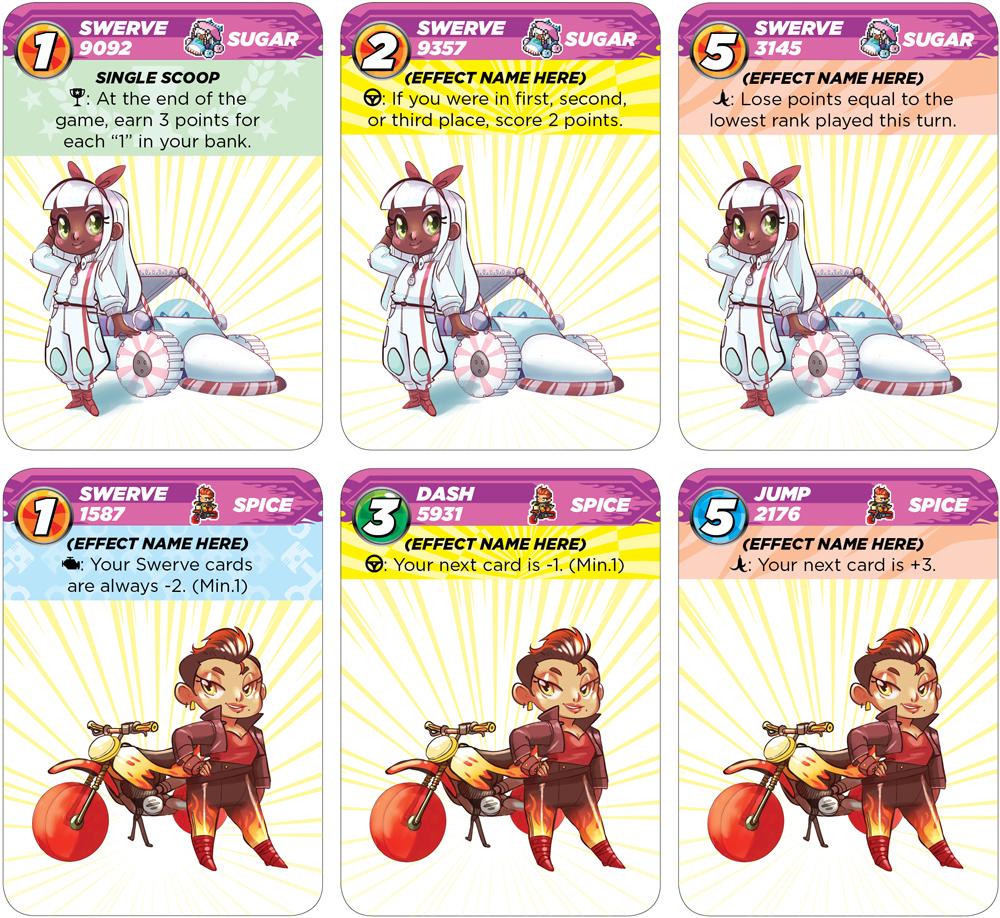 This is the A La Kart card design as of the final video lesson in this course. Notable features for students of InDesign: 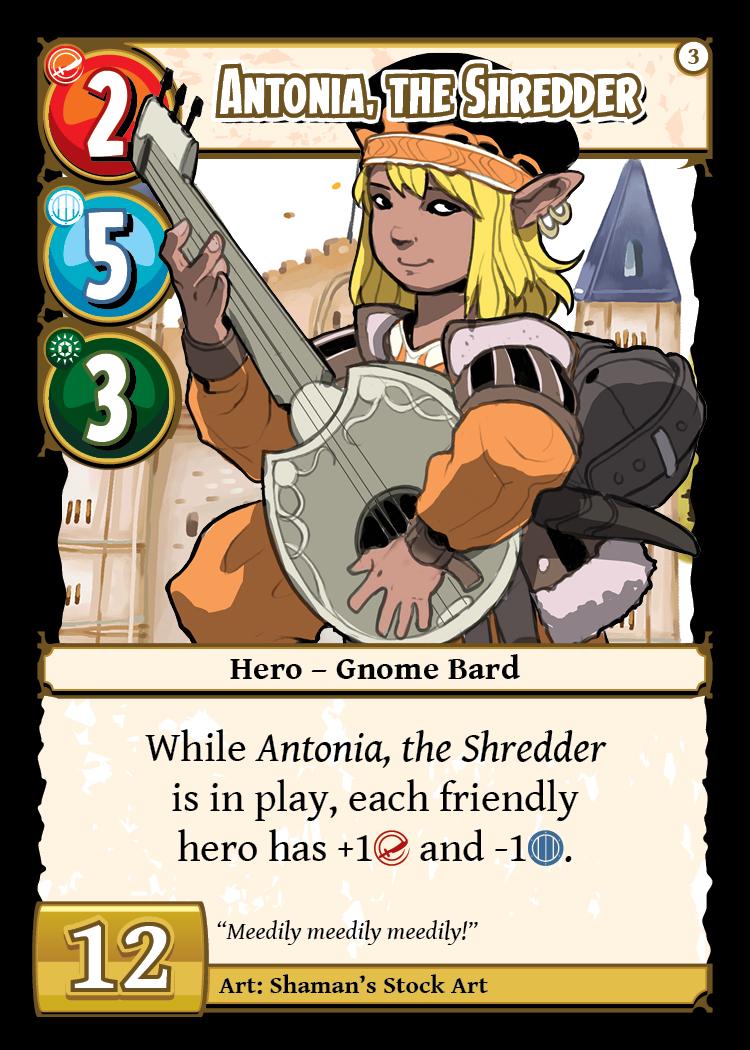 In addition, the "overlapping" art style is thanks to the source art being on a transparent background. This allows the art to be positioned on a layer of its own in front of the certain card frame elements like the header and sidebar, but still behind critical text like the card name or card effect frame. 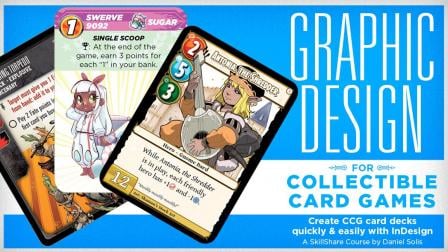