This is just a placeholder WIP. Got too excited and had to produce something to post to Instagram. I've been wanting to develop some 3D patterns for a while and never got around to looking into it. I was so happy to see that Evgeniya & Dominic had produced a class on just that. A lot of work has gone into this class that I can see and I appreciate the easy to follow nature, but also the amount of depth that is gone into on each step. I look forward to further developing the shapes provided and putting my own spin on some of the ideas and producing my own original artworks and patterns.

The way too early WIP; just using the first shape in the file provided I made some thin pill-like shapes. Colour palette is the one I use for my freelance design service. The way they are just suspended in space is mesmerising to me even though I'm aware of how it was made and that it is a static image.

Added a stroke to see what it would do. Made the 3D objects a little more cartoon like. I like how they look a little messy, abstract style. But wanted to explore further. It's good to show as experimentation. I really like the original image so I'm not sure how much experimentation I'm prepared to do until I delve into the other sections of the class.

Increased the stroke width to give itself some form to match the pills. I like the idea of using stroke like mentioned throughout the tutorial, but not in the current application and image. I'll look to incorporate stroke later in my developments for sure as it's handy and looks good in some of the examples Geni showed us. This reminds me of something Nintendo would use in some of their games, like the Mario series on the Wii U.

Update: Just had my first Illustrator crash. First of many I'm guessing :)

Below is a bulk collection of experiments using the shapes provided and well as my own. There is a lot to explore so I may end up posting my full artboard to reduce the space used for the project, but for now I'll update individually as I progress. 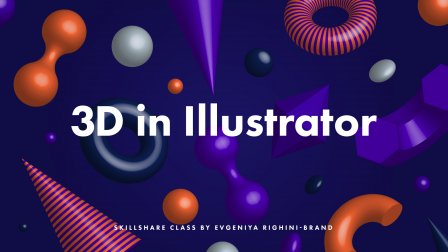