I tried to summarize the key concept of Bauhaus designs ie 'Less is more'. The usage of shapes has also been reduced to only the basic shapes to simplify the design.

As you can also notice, the square which is larger than the circle weighs down which also tilts the plane of the text giving the 'dynamic' feel that can be found in Bauhaus design. 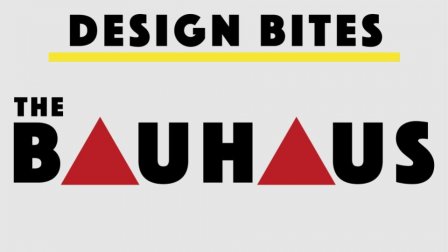