I know it has been a while, but the project is going on and I finally have a short script to share.

Two friends on the top of a hill are staring at each other. The two girls are both black dressed, with a long Wednesday Addams' style piece. Their hair moving in the wind, nothing visible is happening on the outside. Inside, they're fighting a war.

One of them hands an old book. A diary. A bracelet tingles while she raises her hand to give the diary to the other girl. The second girl opens it, the same bracelet on her left wrist. A symbol, a compass with an eye in the centre, no directions. The eye opens, the other girl's smile looking like a weird grin, everything fades away.

There's no time or places, everything is confused and there's no space. A strange drawing on the ground, looks like a constellation. The protagonist is now standing on a dot. There's a line going ahead, almost showing her the way. She follows it with her eyes, not being able to tell when it ends. She starts to walk.

People and places are starting to come, happen, being revealed. Every change of scenario implicates another dot on the web on the ground. She has the strong feeling that she's actually going somewhere, even if she's not sure where and why.

At the end the final picture is revealed: it's a big circle. She's been running in circles for how much? Days? Months? Years? She can't tell. The final scene is her crossing the centre of the circle, without following the lines anymore. The diary is on the ground, the eye of the compass closed. In order to find a very strong feeling that might guide my video, I choose to speak about Wanderlust as a need of escaping by our realities.

I choose to use Orthostatic Hypotension as the general treatment of the tempo. It's going to decide the transitions and the duration of the different scenes and scenarios.

I also had the opportunity to work on a new musicvideo for a band I've already work with in the past. It's very good, considering that the lyrics fit my theme perfectly. This means that my video won't have conversations or strong sound effects.

Possession ( in a two-people relationship )

NOTE: Wanderlust may be driven by the desire to escape and leave behind depressive feelings of guilt, and has been linked to bipolar disorder in the periodicity of the attacks.

In adolescence, dissatisfaction with the restrictions of home and locality may also fuel the desire to travel.

- When I first realized that the world is quite big I was in elementary school. My best friend used to travel to China once or twice a year already - by the time I got to know it, she was 7 or 8 years old. I wondered how would it be to travel by plane for hours and ending up being in a completely different part of Earth. I was rather jealous already. In some part of my soul I felt like I had to see the world. I couldn't think of myself as an adult living in my childhood hometown. It sounded very miserable.

- The smell of the things that she used to bring me from there. Was kind of sweet and bitter at the same time. Disgusting on a first approach, but then familiar and pleasant.

- We used to keep a diary together and every time one of the two of us left for a travel, she had to fill it  and bring it back with cool stuff written inside. That was an idea of mine, by the way.

Trains / train windows and seats  > both positive and negative

"My country sucks and everywhere else is better than here"

"I need experience to grow up"

"I need to leave in order to learn something about myself"

It's cool to be considered as the one always abroad, because you see things and you live potentially cool situations that people that remained at their hometown will never know.

Scratches on the wall

I've always been struggling with orthostatic hypotension, as far as I remember.

Most of the population have experienced o.h. at least one time, but just like all other people out there with low blood pressure, orthostatic hypotension is a constant factor in my everyday life.

For my project I would like to work on these particular signs and feelings:

My project will focus on how these feelings can bring you to the point where you stop consider things real or unreal, but you embrace both the possibilities instead.

Just like a stream of consciousness, it will visually jump from one scenario to another, showing off connections between actions, people, objects and phrases.

I've followed Julia's advice. I've kept a diary for one week now, although very personal I realized being very effective for my development process.

Here are a few of the pages I've filled with stuff.

I'm still organizing the general aspect of it - regarding visual approach - but it will come next week. 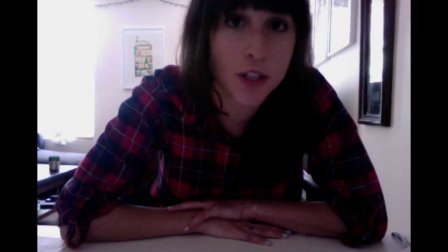