The Ebb and Flow of Created Things

Completed Project for Poetry I- Introduction to Making Poems

How I selected my theme/thread

I decided on the creative process-the wonder of God's creativity, the agony of trying to create something grand, the inspiration for poetry, and the feeling you get when you felt that you have nothing left to create within in.

That thinking process gradually led me to ponder heaven and hell, ambition and idleness, which I explored in "Regrets of Icarus"
I have always been inspired what inspires one person to look at a group of words and create a masterpiece and another person to see a jumble of letters
I would love to tap into the power, but am afraid of the consequences if I believe I have this power. Would I be a fraud? Would I become too cocky?

The way we can feel God even without seeing Him
Feeling of grace when you see something beautiful
Anger at trying to create something grand
Despair at ambition when I come across a new goal that I know I can't achieve, but I want to so bad
The touch of inspiration when I feel that "I can do this"
The feeling of desperation when you're in the space between "Can I do this?" and "Why am I doing this?"
The intoxication that comes when you have a creative idea
The loneliness when you feel that no one understands you
The pain that comes with living a long life
The fear of writer's block and not knowing where to go next
The journey through writer's block and an appreciation of the journey after you lived through the experience
The anger at writer's block
The pull to continue to write even though you're still angry about it
Expressing your feelings in a way that gets recognized
The audacity of someone who tries to demean your suffering as trivial

I found repetition to be particularly effective because it reinforces a particular feeling.

I am interested in taking Poetry II because the course opened up to the process of writing poetry. I previously just winged it.

The Maker’s fingerprints
leave marks upon creation,
invisible to all,
but the lightest of hearts
who have been given the grace to see

What good are dreams and aspirations
when only the Immortals and monsters have wings?
Nothing is left for man but dried up husks and the illusion of fame

What good are dreams and aspirations
When only the ordinary speak
When those who see beyond this world
Are left with nothing but gossip to glean?

What good are dreams and aspirations
When only the bold have the courage
But the ordinary and dull hold the power
And those who challenge them all
Are left to revenge to sour?

Tell me what good are dreams?
When you can only fly so high?
Try to go any higher
And Fate brings you back low

To an Absent Muse

Far be it from me to ever leave a Muse
From whose breath, my words come to life
From whose touch, the poets glow in ecstasy

Far be it from me to ever leave a Muse
But far be it from Her to leave me
Because I neglected her once
She has nothing again to say to me.

In the beginning
The soul is lost
Walking to and fro,
The world is a desert

In the middle
The soul is lost
Still walking to and fro,
Even though the path is now clear 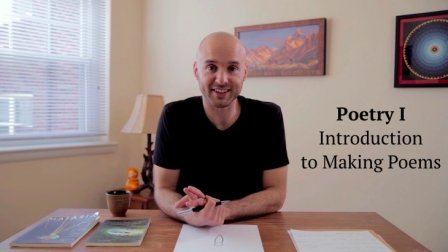