My left ring finger was never something I paid much mind to when I was younger if I’m to be honest.  It’s your standard finger, it has knuckles, a nail at the end of it, and that’s really it.  Fairly average if I say so myself.  However, what my left ring finger represents is something greater.  As a child, it was the first finger I ever really sprained or broken (it was one of the two, I wasn’t going to get it check out by the doctor, so I lived on with whatever pain came from it).  Now, it represents my life, my happiness, the reason I can laugh and smile one second then have it turn immediately to frustration and annoyance.  It carries my wedding band.  So, while at a younger age, it represented some fear and hesitation of a second injury, today it represents my happiness and self.

I’ve spoken a bit about this sprain, and its because it was probably the second most painful thing I’ve ever experienced.  I couldn’t have been more than 13 years old and fearless.  At the time, I was an avid basketball player who had hopes of playing in the NBA.  An average player with above average confidence, I went out for a rebound simultaneously with my friend who was on the opposing team.  “Oh, that’s mine, King” is what I proclaimed as a I jumped.  King, yes that was my friends nickname, jumped as well and with two of us seemingly doing our best to defy gravity and get position of the basketball, it happened.  I wasn’t’ looking to be fair, but I heard a snap, and felt the worst pain imaginable.  I know King did too because we both grabbed our fingers and ran away from each other. We didn’t run to any place specific, just away.  I held back tears from the pain, took a deep breath and prepared to see a mangled finger that had to be cut off.  I slowly unclenched my grip on my left ring finger and saw that it actually looked normal.  I couldn’t bend it, but it didn’t look horrible.  I shook it off and finished the game.  King’s finger?  About the same.  Since that day though, any time I played basketball, I made sure to tape my left ring finger to my middle finger.  Why?  No idea, I saw Allen Iverson do it so I figured, why not?  It gave me confidence to keep playing basketball but when it came to rebounds, I decided to use my right hand to reach for it.  I babied that finger till it felt normal again.  It got back to its normal painless self eventually, and in time, became a finger much more important that it probably ever intended to be.

As an adult, my left ring finger carries my wedding band.  It has the wedding band tan line now and looks a bit swollen every morning.  From what I read, swollen fingers in the morning is a thing that happens to everyone?  I guess it’s not wrong.  Regardless, my ring finger looks perfect as it holds the wedding band, which it’s been doing for about 5 months now. 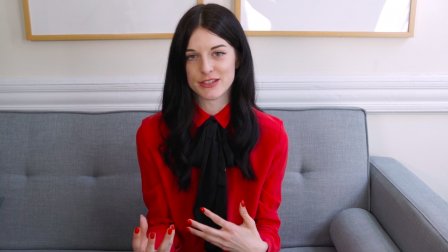