Dick Jones: Where the Action Was and No Strings

I know I checked this class off as completed but now I have almost finished the second book from my notes, interviews, etc. with Dick Jones. It's title No Strings: In Search of Dickie Jones. I'm waiting to get the forward from L.Q. Jones, who directed two or Dick's last three films and to settle some things with the publisher. Here's the first draft of the cover.

When I saw this class I was already in the middle of a creative project - a book. It started as a ghosting for memoirs of a child star of the early days of sound film, Dickie Jones. For all the young folks who are not going to have a clue concerning ealry television Westerns, he was the voice of Pinocchio for Disney. Identify him that way. You may never have seen him but you've heard him.

When DIck died suddenly last year, it threw me unreasonably. I didn't want to waste all the interviews and the stills from Dick's personal collection in my possession but the format we had on tap needed him alive to fly. When I finally pulled myself together I divided the material between big screen and television.

The television volume should be headed for a publisher this spring. (In the project cover photo that's Dick rolling off the back of the stagecoach. The still is from an early television Western.)

This class is amazing. I was so impressed when I saw the first homework assignment. It asks all the right questions. Although the prescribed path is familiar to me, for those who have never undertaken a project along these lines, this gives a wonderful set of guidelines.

Update on project on March 1

I have completed two sections of the book. Two more to go. Should be at the "contact publisher" stage by the end of the week.

Well, Murphy's Law remains in effect. However, I did send a query email to a publisher and have finished the body of the text and am working on the "extras" - intro, index, sources, acknowledgments, etc.

Will keep posting until I get it published and on the market.

Signed and mailed back a contract to publish this book. Now must focus on editing and rewrites and get the manuscript in ASAP.

All ready for final edit except one appendix AND - big AND here - the forward, which I have not received from Johnny Western. This time next week it should be on the way to the publisher.

Dick Jones: Where the Action Was just went off to publisher!!! Hooray!

Corrections for galley and indices back to publisher. Cover design has been selected. Will post cover soon. Moving along, Just slowly.

Dick Jones: Where the Action Was is now available for pre-order at www.bearmanormedia.com. HOORAY!

I can hardly wait to hold actual book in my hand.

Dick Jones:  Where the Action Was is now available online at BearManorMedia, Amazon and Barnes & Noble.

Dick Jones:  Where the Action Was is a new book by Ann Snuggs about Jones’ place in two of the most action-packed television shows of the 1950s. The Range Rider and Buffalo Bill, Jr. were both produced by Gene Autry’s Flying A, a company that focused on action Westerns for the juvenile set.

Years of interviews plus copies of pictures from Jones’ personal collection that he gave the author highlight the volume. Snuggs spent days viewing episodes of the two shows endless times, watching for details to enhance a discussion of each episode.

Included are Jones’ stories from personal appearances on promotional tours, notes from a conversation with Jones and The Range Rider co-star Jock Mahoney and his take on the ins and outs of the series.

I'd say I can mark this project/class completed. :) 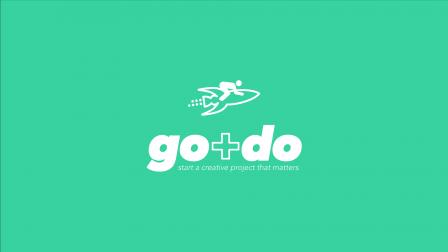