The warm glow of the Christmas lights danced on the frosted glass. Charlie jetted down the stairs in his Batman pajamas to meet Rusty, the tawny-eyed beagle who Charlie had known since he was a pup. The floorboards of his grandpa’s cabin see-sawed as he took a place next to Rusty.

“Hey boy” He said, as the dog drew his head up. Charlie knew what the dog wanted, and he ferociously scratched behind Rusty’s ears.

The familiar smell of apple pie and warm cinnamon cascaded from the kitchen; grandma was baking. Charlie’s stomach grumbled in anticipation. He didn’t care. He was scratching behind Rusty’s ears. As his hand began to ache at the joint, he just switched arms and went at the dog some more.

Such energy had built up that the two sprawled out and fell into a wrestle on the ground. Rusty rolled over on his back giving Charlie a pleading stare and panted in full force. He wanted a belly rub now. Charlie lit up and his mouth was wide across his face; he let out a savage shriek as he rubbed the dog’s belly and fell into a giggle.

Exhausted, Charlie sat up and listened to the bite of the fire as the flame hit sap. The aroma of cedar wafted his way, and he remembered the camping trip the Summer before; mostly because Rusty got lost for about an hour in the woods. Charlie’s eyes shifted and he fell back. Rusty snuggled in beside him, his breath puttered. The hunger in Charlie’s stomach peaked but he was comfortable now. He drew a chocolate bar from his pocket and took a bite then put it on the table behind him.

Charlie could hear his relatives prattling on in the kitchen; his eyes drooped at the sound of their voices. He popped up and called Rusty to follow behind him. But the pooch took his time and Charlie was already in bed awaiting his traditional Christmas at grandpa’s.

In the middle of the night Charlie reached his arm out across the bed to pull Rusty close but when he could not find him, Charlie bolted out of bed.

He slid on his slippers and passed down the hallway and stairs. Out past the doggy door in the coldness and by an amass of cars lay Rusty. Charlie tugged a blanket from the couch and wrapped it around himself. He glided the door back and inched his way across the porch onto the muck where Rusty lay. There he saw it. The chocolate wrapper. Charlie dropped. The blanket collapsed.

His arms wrapped hard around his legs as he rocked his body on the frozen dirt. His face was paled, and ice; he had the chocolate wrapper between his fingers. A wide breath billowed out. The boy looked over to his dogs still, limp body.

He crawled across the earth and reached his old friend. Charlie scooped Rusty up and clung to his dog’s vacant body.

“No!” Charlie sobbed into Rusty’s fur. 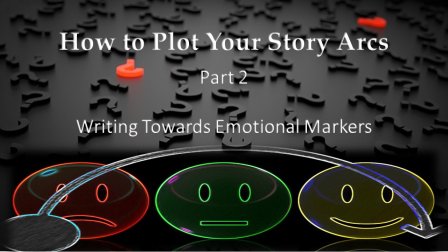