Wow, been a bit here. I've been super bust at work BUT I'm putting together the last part of this; the marketing. I think I have a front page 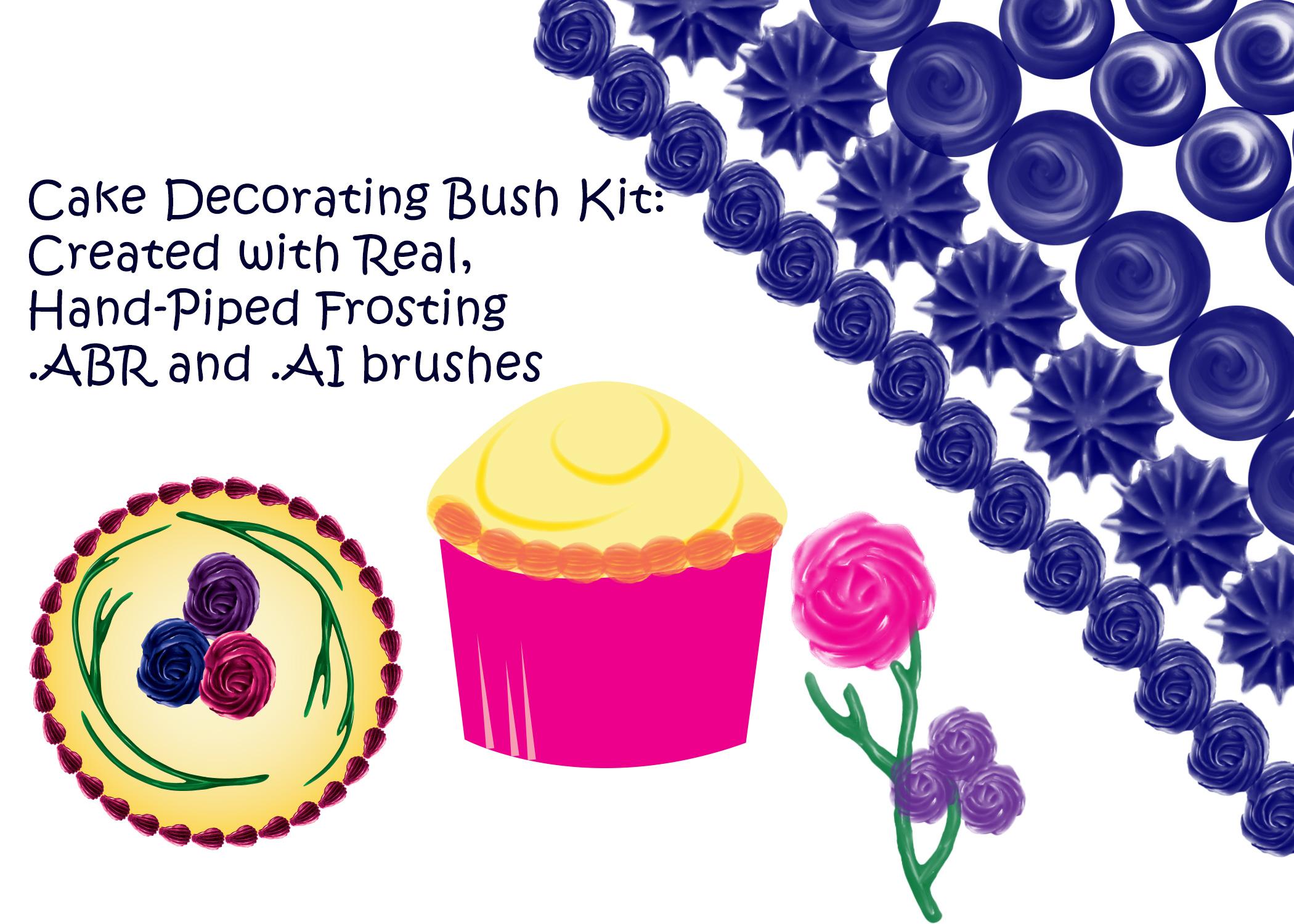 It's bright and fun, I think. I'm also going to include some other illustrations showing the brushes being used in different ways other than for food embellishment.

I scraped the previous work and started anew. Working with 3D medium in this way is harder than I expected.

I altered my frosting recipe for a smoother but less shiny product and stuck to single instances (one petal, one shell) instead of lines of design (zig zags, stripes). I also darkened up the color a lot. The images in the March 5th update are of an almost white frosting. This time, I colored the frosting a royal blue. It gave much better shadows and more opaquness of the final brush.

I also smoothed out some of the highlights and texture of the images to give them sort of a painterly look.

Here is a sampling of the brushes in different shades of blue. They work best with bold colors but lighter and pastels seem to work as well, although for strong shadows, the burn tool should be used to punch it up. 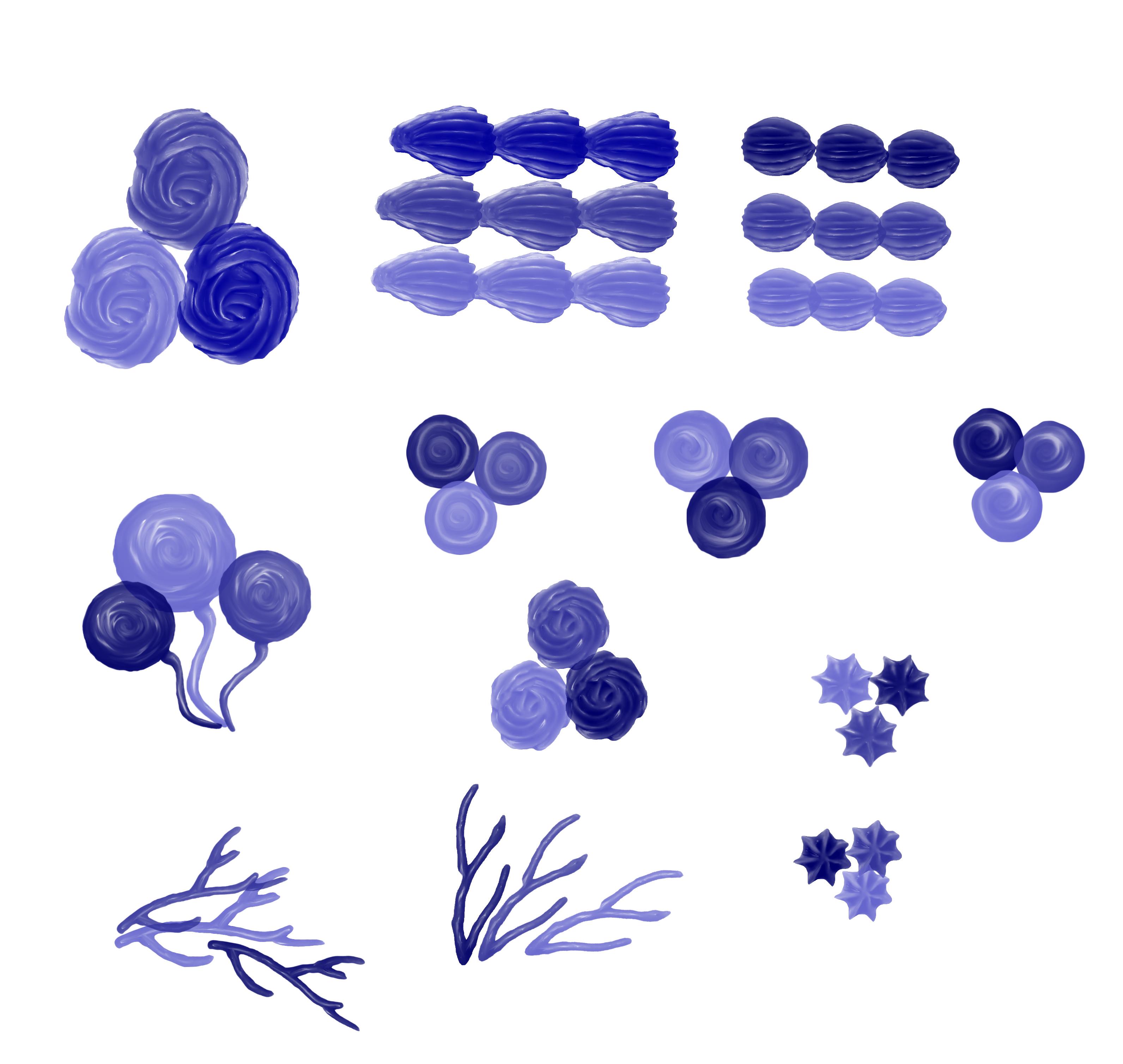 I can't say it's the greatest thing I've ever done, but I'm satisfied enough with it to move on.

After playing around with contrast, curves, etc, I've found a few brushes that look decent. But honestly, I kind of hate them. These are just the ones I hate the least. 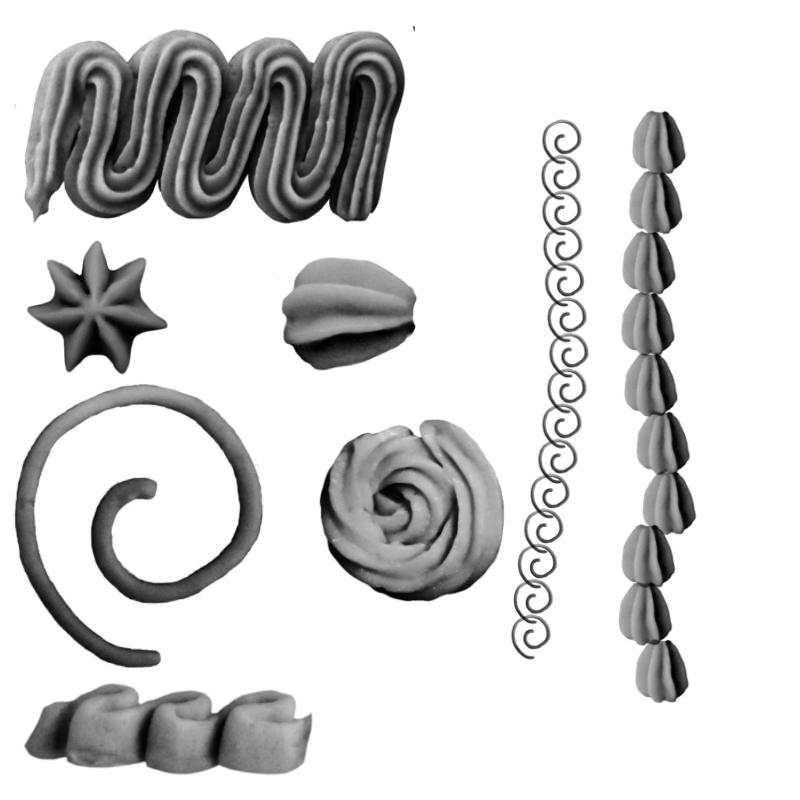 And even though I darkened them up, there is still some transparency if you layer them.

I am very frustrated. These brushes are turning out to be more like translucent stamps, which is not what I wanted at all. Maybe I'm just to used to creating art in Illustrator. I thought that "brush" meant continuous line. This is closer to a scatter brush. And they are too transparent and I don't know how to fix this. I really had to work with the spacing if I watned to draw a straight line with the brush. If I didn't, I got the top image, which might as well be a solid line. I had to alter the spacing on every brush if I wanted to use it. I feel like this would be super annoying to an end user. Here is a crude picture of an example 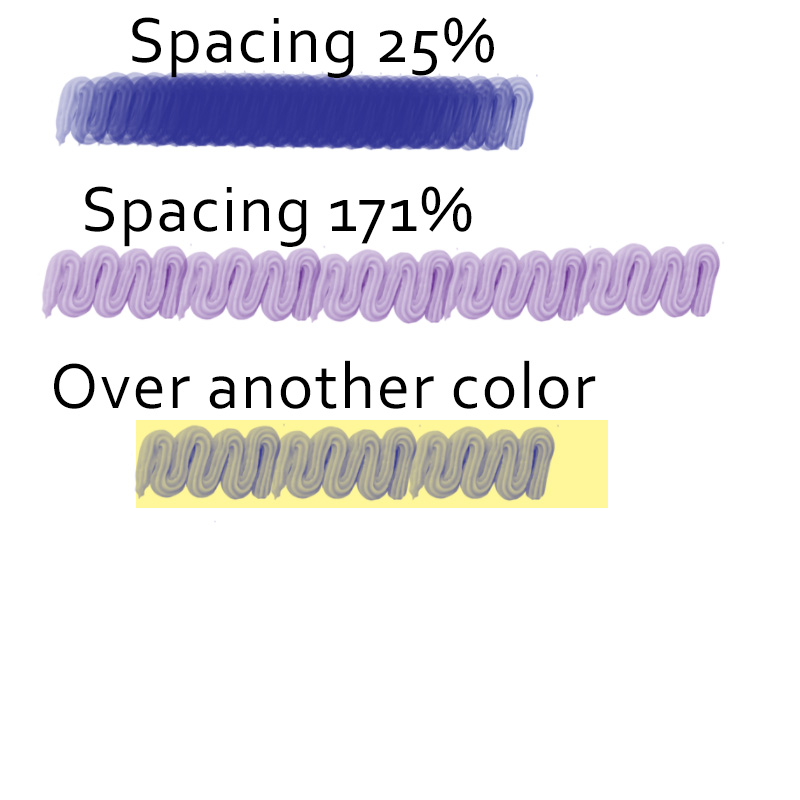 Also, I wouldn't be able to layer this over another color because it would alter the color of the brush, as you see in the last image.

So I don't know what I'm going to do. I might try to make vector brushes. Eff.

I spent yesterday evening, drawing with frosting! I used a light blue and a medium red to see which color brought out the best shadows. Really, when stripped down to just b/w it was a toss up.

I've selected a few patterns to turn into brushes and have pre-edited them in Lightroom which is what I use at home. I'll finish editing in Photoshop at my office.

My dilema is whether to use a light gray with less contrast or a dark gray/high contrast. I feel like both would serve a purpose for the end user. Here are two samples to illustrate my quandry:

The background is just my countertop throught the wax paper so pay no attention to that. I wonder if I use the lighter gray version if it would be easier to add color to the artwork? I'm not very familiar with Photoshop brushes.

After multiple sheets of charcoal rubbings, pencil sketches and ink washes, I decided to scrap them and go with something more dimensional and... delicious. Enter cake frosting. The world of cake decorating can get really intricate and I feel like food art is having a moment. And I scoured Creative Market for something similar and didn't see anything, so I am going for it.

I'm going to pipe out some ruffles, flowers and shells this weekend and maybe add sprinkles. 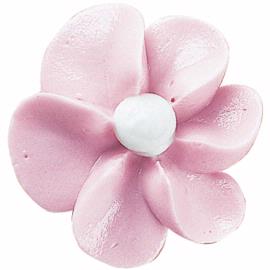 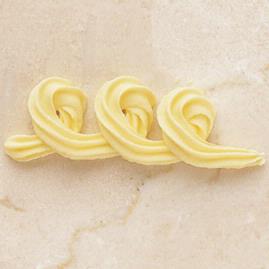 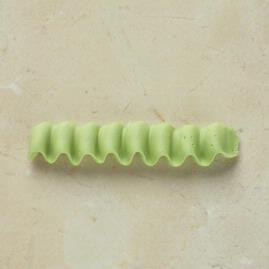 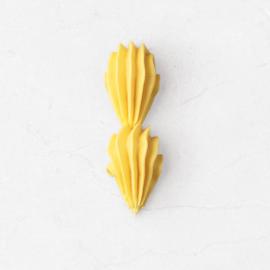 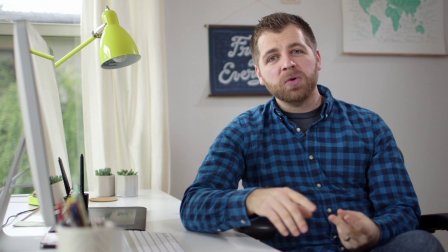