The fabric sat completely wrong against where my knees used to be. Instead of a joint bending towards the back I now had a joint that bent forward in the same place… covered in short, thick hari. It was not ideal. Not ideal at all – I was covered in cute, caramel coloured dairy cow coat from my waist down. Small little dairy cow nubs nestled in my hair. Looking at myself in the mirror, my large dairy cow ears were glowing, outlined by the bedside lamp behind me, the little veins glowing a soft pink through the thin skin and cartilage. There was going to be no hiding these things… no hat or hairstyle would do. As big as my hands and a little longer from tip to base.

Al walked into the room carrying one of my long skirts he had retrieved from the dryer.

‘Well, I think you look pretty cute, digging the ears for sure.’

Scrunching my nose I stood to pull on the skirt, temporarily losing my balance, these legs felt wobbly and unstable, too narrow it seemed for the rest of me. Al caught me and kissed the top of my head, between my two new little dairy cow nubs. He stroked and ear and it felt strangely calming and comforting, no wonder cows got that dreamy look in their eyes.

The skirt looked ok, less alarming than the leggings that I had stretched over the strange forms of my bovine but bipedal situation. What now turned out to be my hocks pulled the skirt gently to the back and when I walked, that would be exaggerated. Shiny milk coloured hooves nestled in the thick threads of the carpet. They were smaller than I thought suitable but actually quite convenient – never again would I have to worry about shoes – that thought led to another – would I have to get a farrier to look at them? No, that was something to worry about later, I felt the creeping tickly of anxiety waking in my chest. Taking a deep breath I shoved the sensation down, denying it take root. Not now. Not today.

Luckily I had foregone an udder in the transformation. As unlucky I had been getting stuck in a witch feud spell, an udder would have pushed me over the edge. The invasive extent of my transformation was changed skeletal design in my legs, my skin now covered in a soft caramel coat and with the rather strange addition of large ears hanging gently on either side of my head just above where my human ears had been and the two little pearlescent nubs just above them. Maybe I was imagining it, but I sort of thought that my eyes looked slightly larger, and my eyelashes slightly longer – neither of which I would be mad about.

No udder was a boon. Although I could have bet that Al had looked the tiniest bit disappointed when examining me he had not found the slightest inkling of one. He was taking this extremely well. Having being married to him for 5 years now, I knew he was broad minded but taking my transformation in his stride had me a little put out. Wasn’t he supposed to be shocked and panicking, but he acted as if this was just something I was trying that he was supporting and into.

It was probably better like this, yes, way better than him freaking out and not dealing. I stood on my  tip toes and kissed him, enjoying the touch as he stroked my ears again.

I had to get ready for work. I didn’t know how my boss and colleagues would act – I had an official report from the Uncanny Relations Police detailing the events of last night’ misadventure. So its not like I had sought out the witches by myself… surely I would have chosen another animal? A fox or a rabbit or something in my mind which related more to ‘cute’ than a big fudge coloured cow. But glancing at myself again in the mirror, the ears actually kind of suited me. Already planning to get them pierced, there was so much space for lots of different studs.

‘Its going to be fine, sweetheart.’ Al reassured me as he dropped me off at work a little while later.

I smiled and nodded – yes, it was and I totally believed it too. 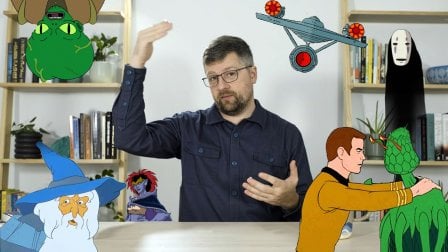