I was having a golly good day if I do say so myself, well up until my goblin of a sister took my glasses! I took them off to wash my face, as I have been doing everyday and she seemed to already be grumpy so I tried my best to avoid her but that did no good because she snuck into the bathroom and yanked them from my pockets. I quickly dried my face and nearly tripped trying to also get my glasses back from her octopus hands. " Ha you're blind as a bat you know that?" she sung from far away, or at least I think it was far away, I can't see anything that's more than two feet away from my face. mom wasn't home so its not like I could call for her saying my sister was being a Chad ( chad was a big bully from 4th grade so whenever someone is being mean we call them a chad) " give them back you- you troll!" I cried not moving so I didn't trip. silence. then I heard a crash.

you  know in those movies when something dramatic is happening and you think the main character is going to die?maybe the green goes all white and you hear ringing? or their life flashes before their eyes? that kind of thing happened to me only it wasn't a matter of life and death, only death because I was certain my sister was going to kill me! how did I know this? well as soon as I heard the sound of something small and glass hit the floor and the horrifying sound of a shoe stomping, the sound of glass shattering, I knew. after that piercing sound hit my ears I expected to be tackled to the floor, but it never came. instead I just heard the sound of foot steps walking away a few glass chunks getting crushed along the way. then somewhere in the house crying followed by the front door opening and closing.

why am I even here, not like I even saw "The Blood Painting Killer" 1 or 2

so why am I seeing the third?  Maybe if I just say I have to go to the bathroom I can sneak away. These were all my thoughts while I was watching what seemed like the most boring horror movie ever. As I popped a few m&ms into my mouth I looked over at Sophie, she's the one that dragged me here. She looked so invested in the story so far, "why don't they kill each other already?" I whispered to her. The characters were just walking around a park, nothing scary about that. "its only 10 minutes in now shh" her eyes never left the big screen, she was even leaning forward in her seat. smh, in my opinion within 5 minutes there should be at least 1  death or a near death in a good horror movie. how will I ever get out of here, I know it would be mean and very rude to just ditch Sophie, after all she dud plan this whole thing for us and buy all the snack plus the tickets. so that's why I won't leave, I'll just wait in the lobby, when the movies finally over we can meet up there. yup, good plan. I say excuse me and get out of the dark room quickly. when I get out to the lobby its so bright it takes a minute for my eyes to adjust, thats when I see him. Kenny, summer of 2017, not Kenny from the supermarket always super nice Kenny but 2017 Kenny.  for background we used to date, I never really liked him either, I was dared to ask him out by one of my friends, he asked to date and I said "sure", back then I hated conflict. as soon as summer was over though I ignored him completely, he texted me for weeks but I was stubborn. and here he was getting candy and he hadn't changed a bit. still thin and tall, still short neat hair and still wearing a button up with black pants, that dumb outfit. he always looked formal in its, like he thought he was better than you which couldn't be farther from the truth. he actually was really nice. too nice. thats another thing, people who are always so nice like that are always backstabbers. before I could finish silently judging him he looked right at me, we locked eyes. 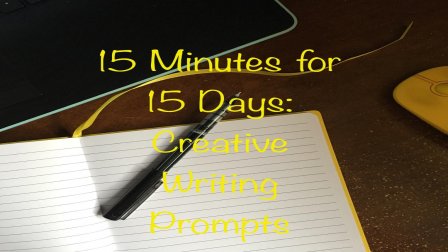