Hey! Thanks for having a look! I'd be so thrilled to get any feedback. I don't know what I am doing.

Okay, I tinkered with this through all of last week. On Friday I added some textures to the cats, and I played around with the Roughen filter. This is what came out... 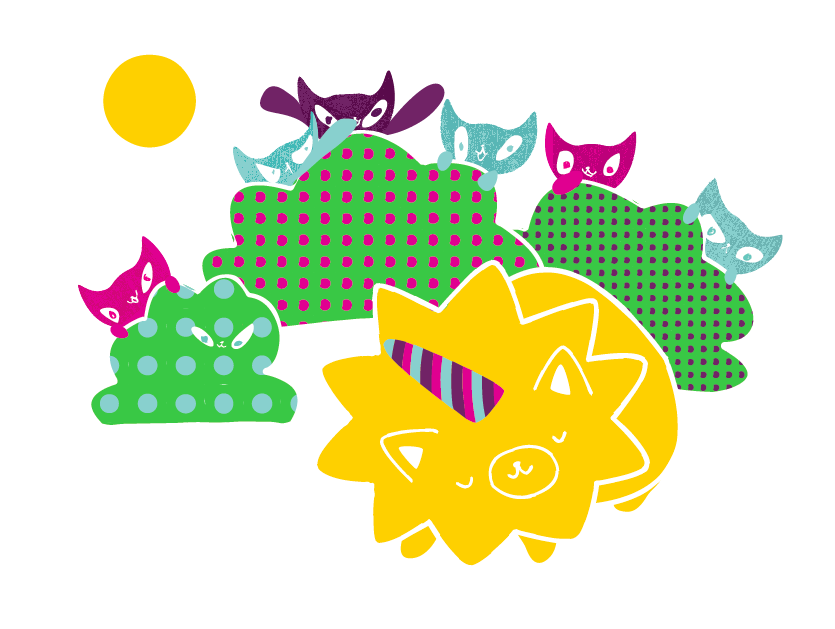 I think I need to use a dark background colour.

These are tests. I'll have to play around some more. 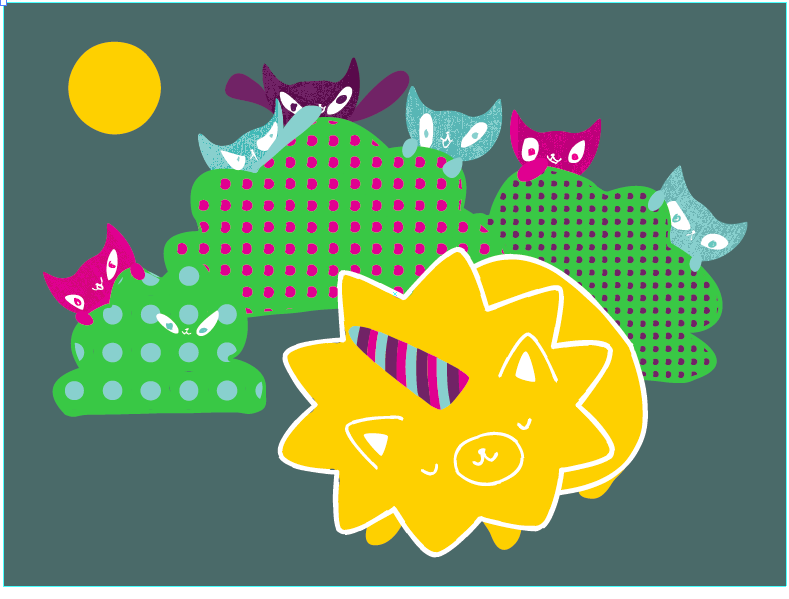 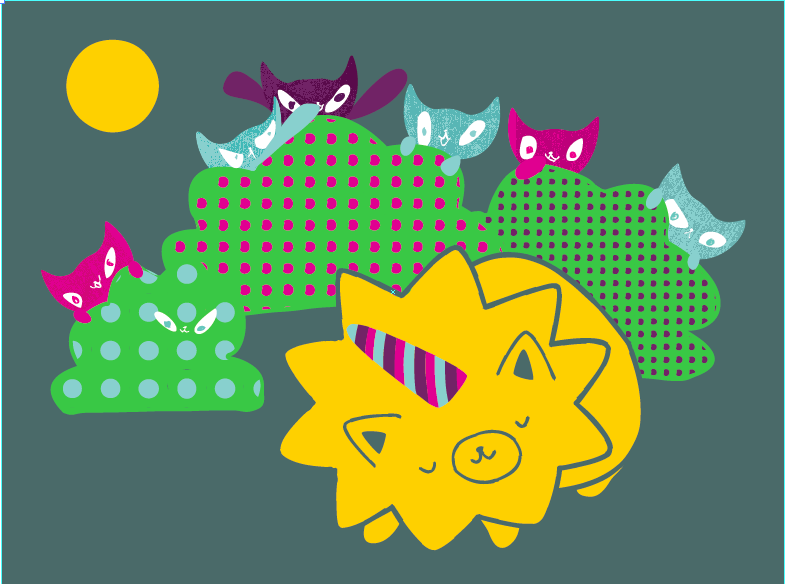 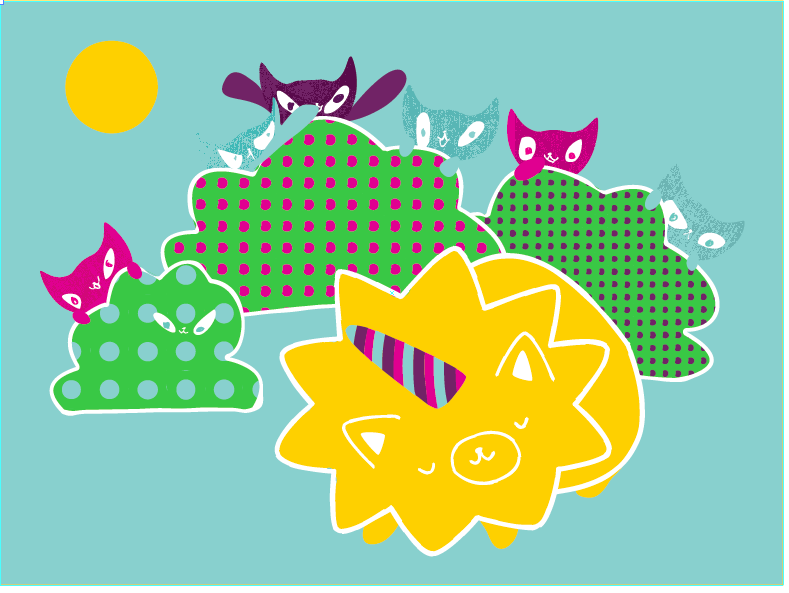 Okay, this patterning is kind of ugly. I need to figure out how to give texture/dimension to the cats in Photoshop and then bring it back into Illustrator.

I'm thinking of applying some kind of knit texture to the pomicorn to make it feel fuzzier ???? ? When I feel like taking on the task of figuring all of this out, I will do it. 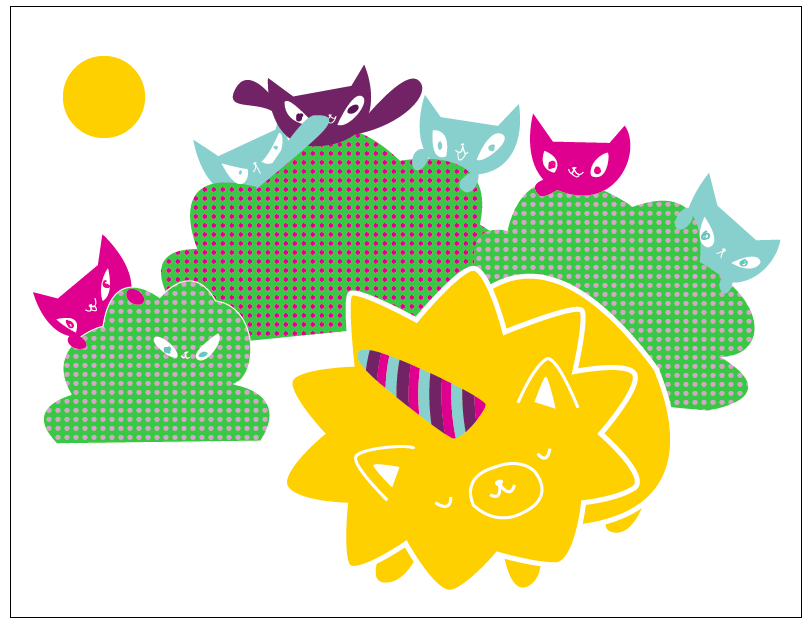 Here's the digitized version. I "grew" the pomicorn. Don't know about the colours yet. Interested to see the rest of the videos. 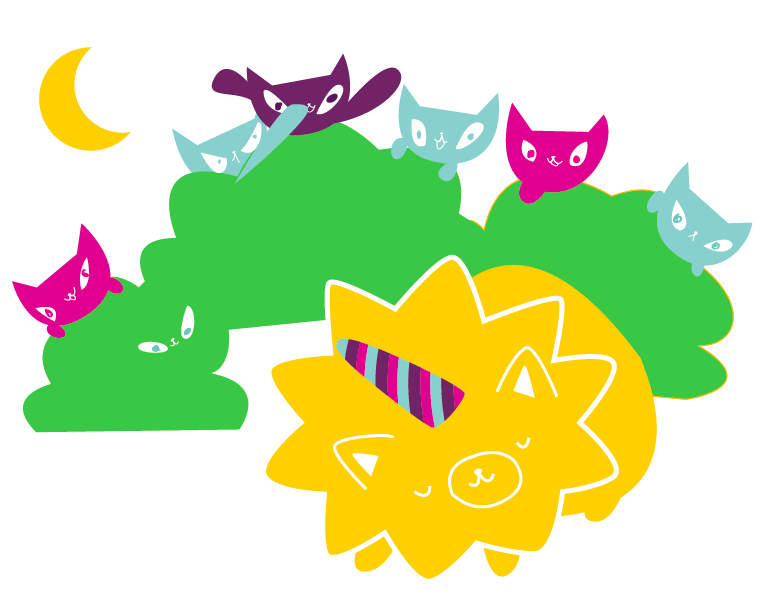 My twin convinced me to take this class because I have loads to learn about Illustrator. Really I should be  taking the ins-and-outs course first. But between my twin and my boyfriend, I have enough people to bug with questions that I think I might be able to get through this.

"QUIET" made me think of scheme-y people sneaking up on some poor soul. I've been drawing lots of these cats lately, and this pomicorn (pomeranian+unicorn), too, so they are the characters in the scene. 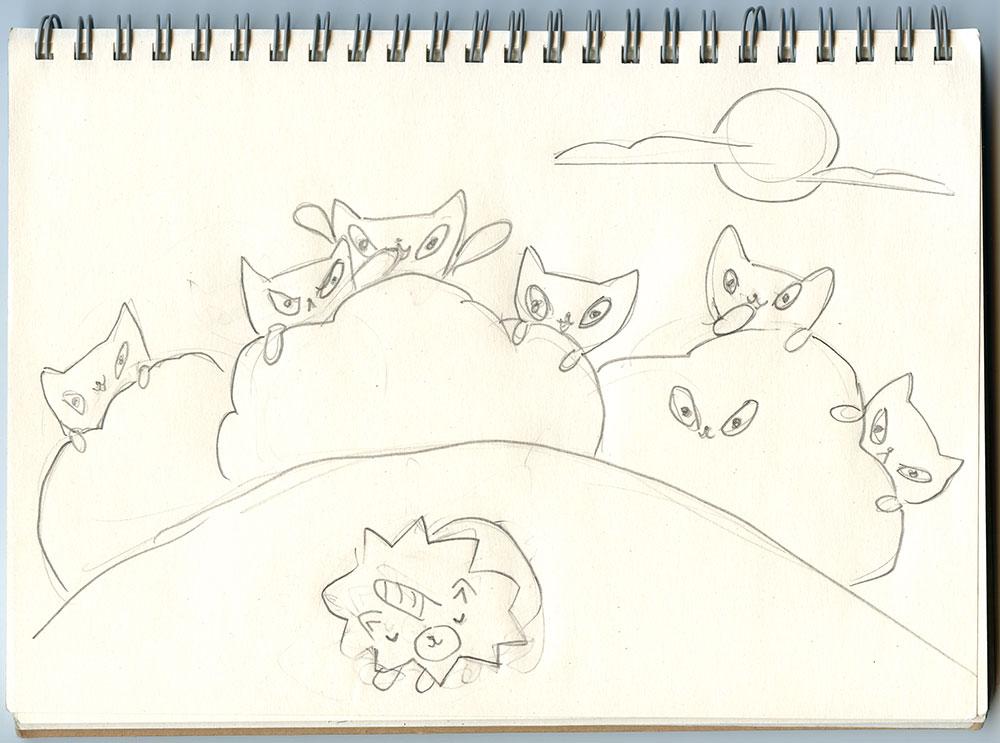 The pomicorn is sleeping while the cats spy on it.

I'd really love to hear any and all kinds of feedback from anybuddy !!!