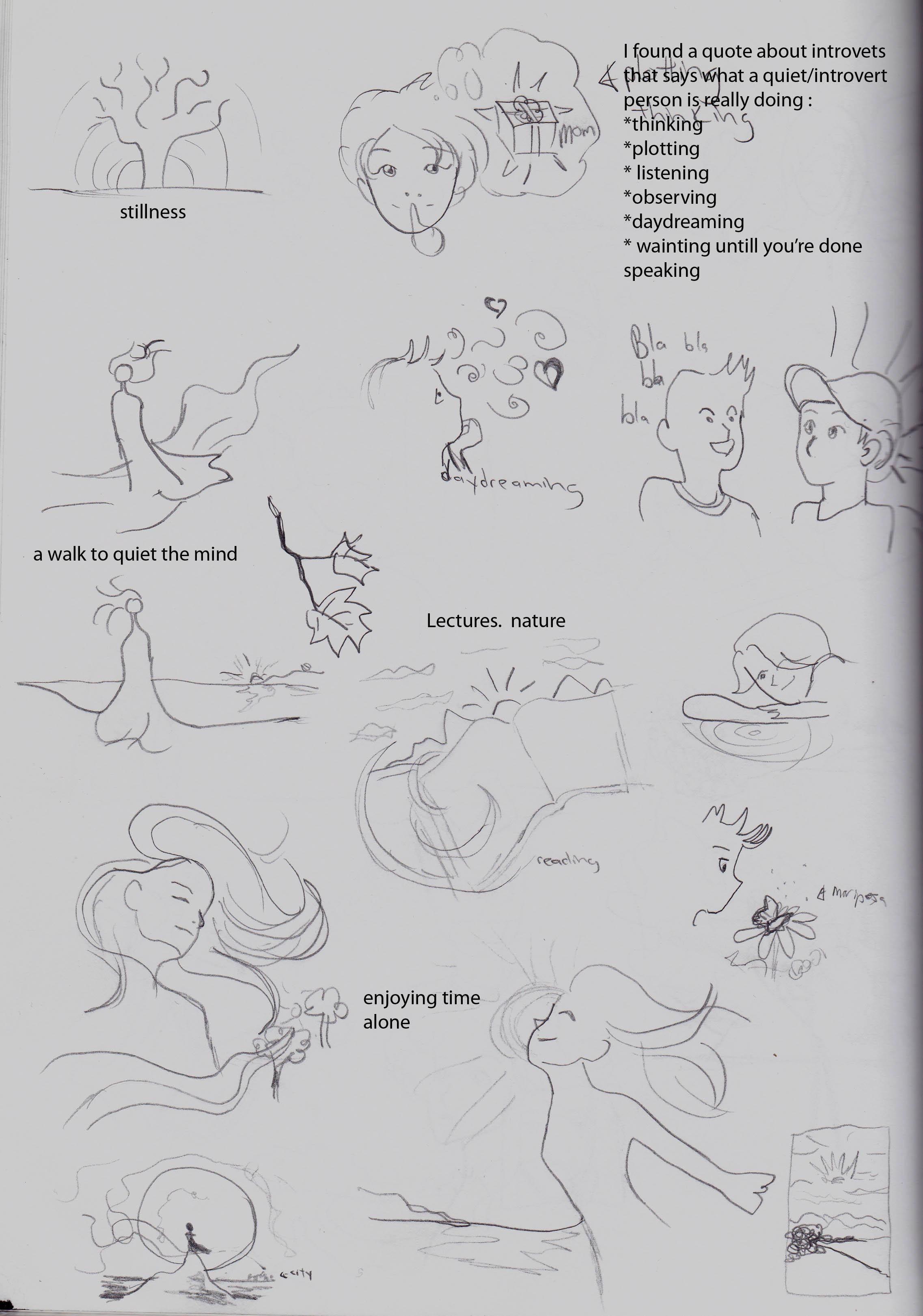 an introvert is usually quiet. Things he/she might be doing while quiet:

ok, so i had a little trouble here having my sketch seen... after I saw a few other poyects I saw where to place the images to be seen...

so here are my sketches big enought to  see them. Since i saw other proyects, and i had similar idea(totally diferent way to illustrate it).  I was going for the idea of a guy wainting for the ohter gay to finish his story, have him in dull/subdued color and the guy actively listening with bright colors

but, i think I'm better going for the idea of "thinking/plotting"

a person has a secret, his mom does not expect anything frim this guy. He has in mind the perfect gift, but does not say anything to anybody so its a surprise... or something aound there.

My guy is thinking about the surpise gift he is not telling anybody about. I decided on a traidic clolor  because i wanted color variation and yellow a s part of it as it is a bright happy color.

the squarea at the top left are my color keys.

I havent decided to leave the box open or closed. if i leave it open.., i"ll includes shapes coming out of it.

the ayes i was undecided on the style, but i decided to go for simple round eyes so as to not call attencion to the guy so much. The guy was bigger, but it was fighting for attencion with the thought, so i shinked him down. 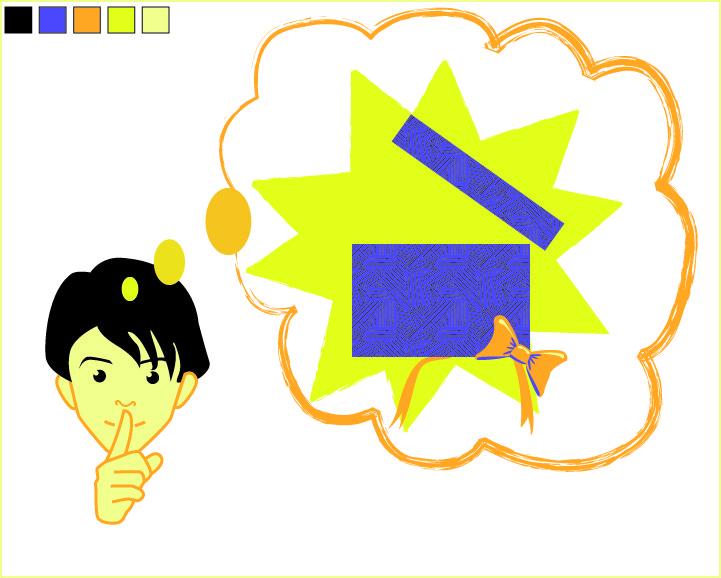 so ... im thinking of changing the surprise gift for a tresure map... 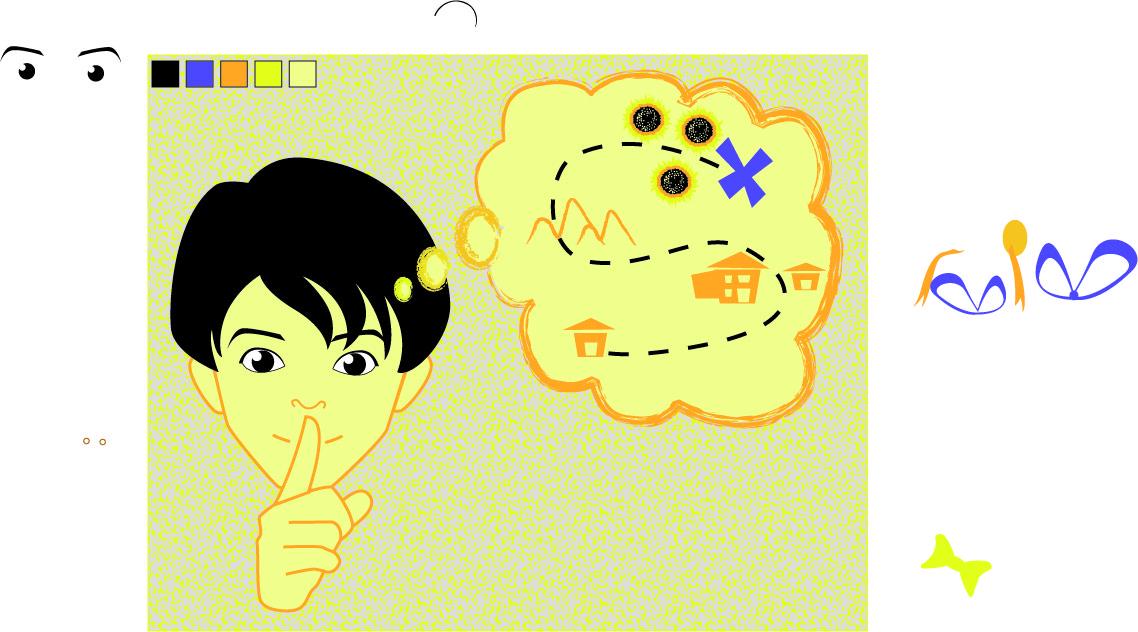 well, Here is the final proyect... 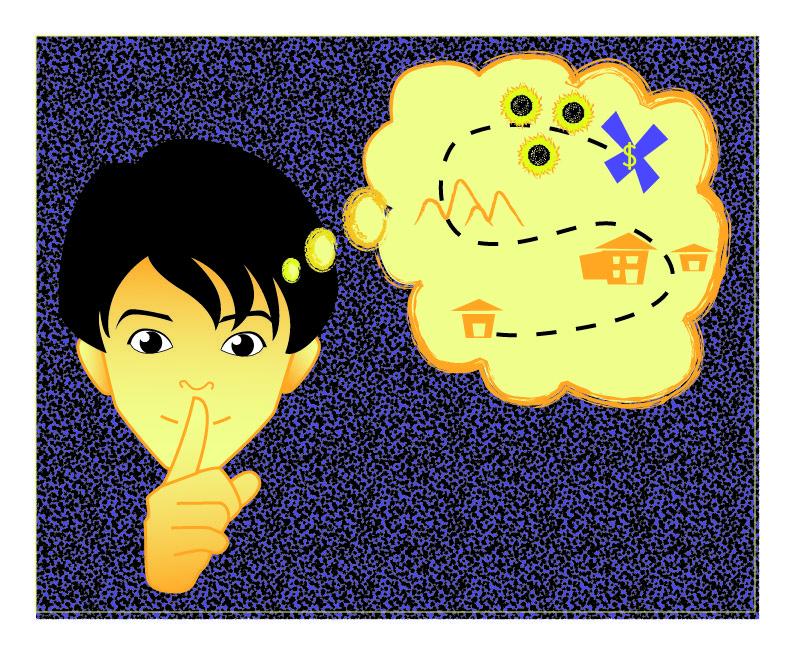