more sketches. after a bit feedback i tried to focus more on the word PALEO since its more important and a good keyword.

some infos i have about the finished product:

- its printed digital and the cover can be b/w or cmyk.
- print can not be marginless so  if using background color, i have to leave a white border.
- format is 170x220mm portrait, like used for the green sketches below.
- first book was called "i love real food" and so that should apear on the cover not too small. 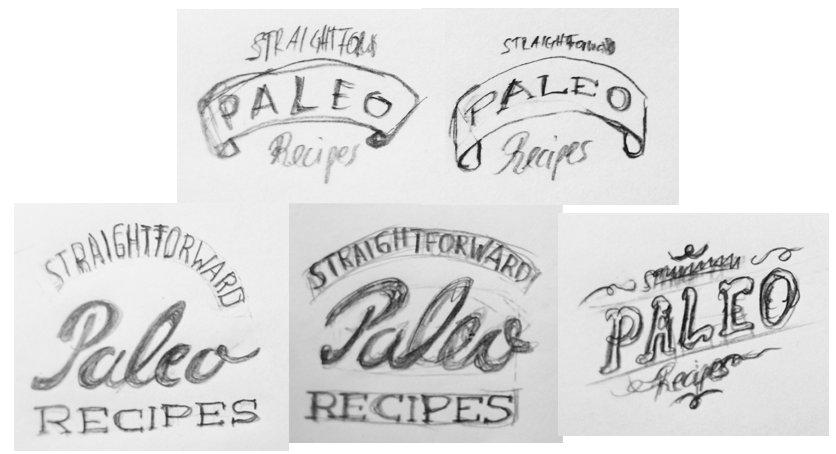 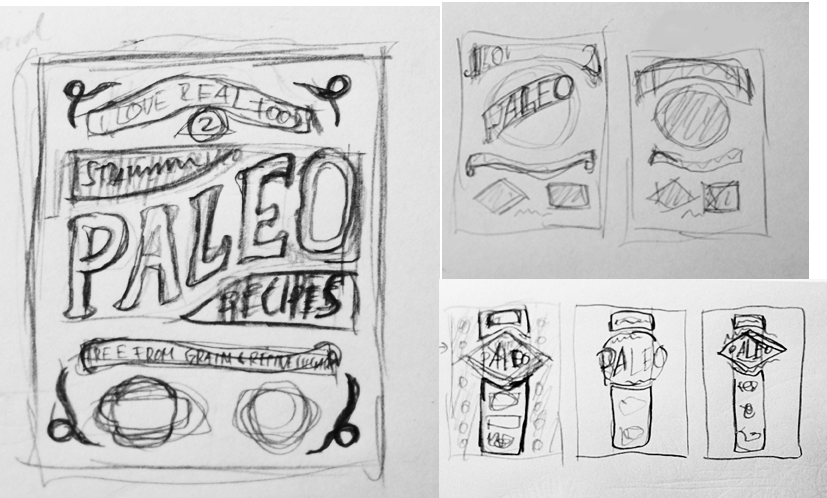 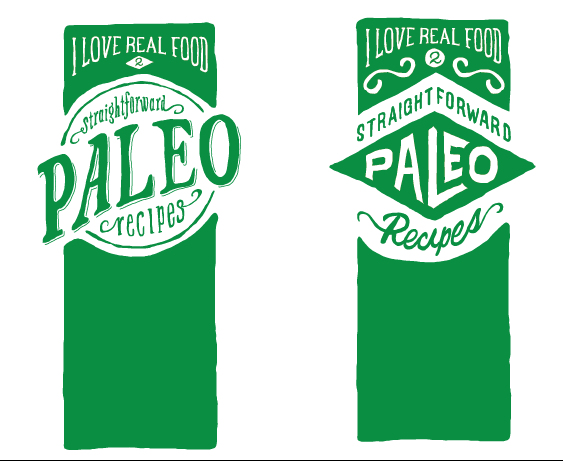 some more sketches, still pretty rough, have one route i am exploring so far. 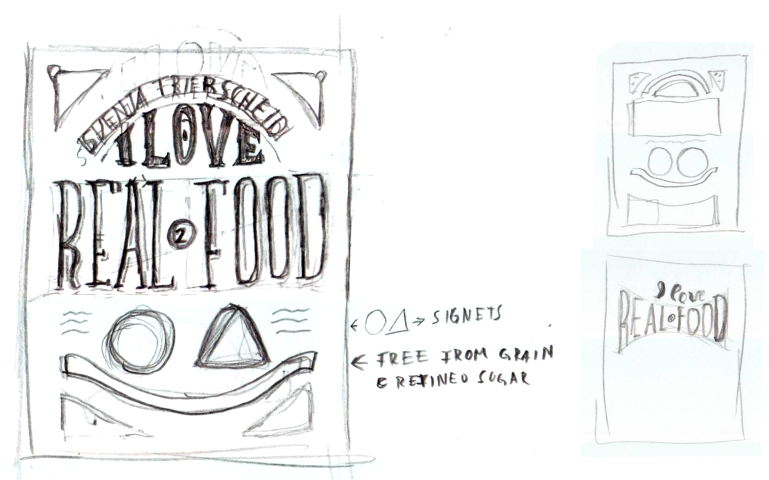 some sketches for the signets with the information in it 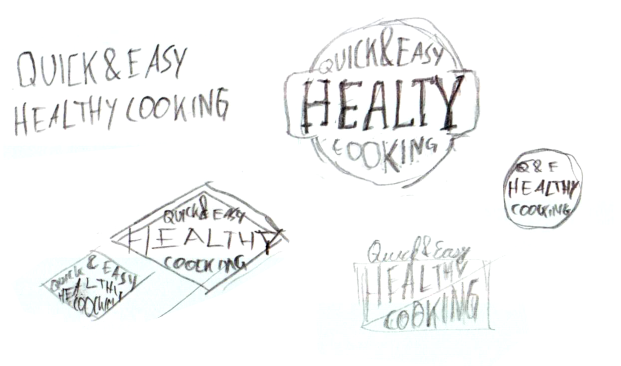 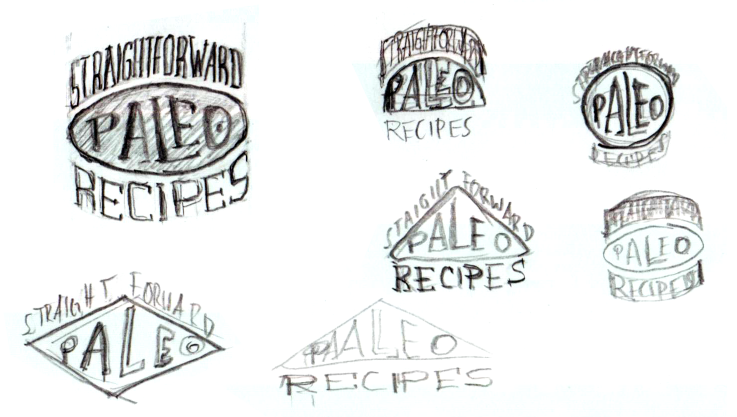 ok here are some very basic first sketches to get down some composition ideas. started these this morning and i will do more in that stage.
also want to start sketching some ideas for some of the words to explore some lettering options

(sorry its a crappy iphone photo, dont have a scanner at the moment) 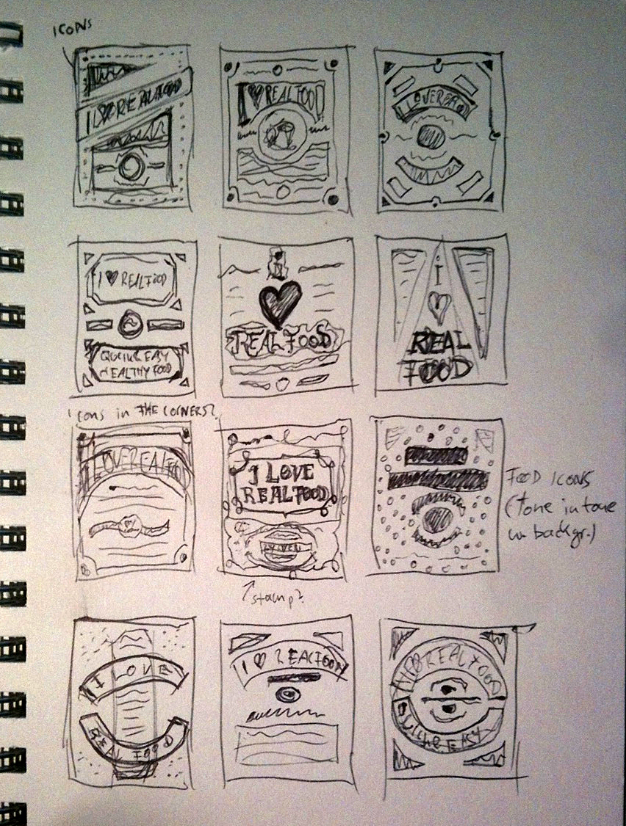 my friend is really into paleo and primal food. she's just finished the second book with reciepes and i thought that would be a really nice chance to do a cover as a start to design the book.

it's not particulary a label but i liked the idea of doing the cover like a label since the book is all about natural and organic food, about making your meals by yourself and i thought about aestethics of preserving jars, self made jam glasses with hand drawn labels and all of that stuff.

i think thats a really nice field for inspiration and it could lead to an interesting piece.

a bit about paleo

The paleolithic diet, also popularly referred to as the caveman diet, Stone Age diet and hunter-gatherer diet, is a modern nutritional plan based on the presumed ancient diet of wild plants and animals that various hominid species habitually consumed during the Paleolithic era—a period of about 2.5 million years which ended around 10,000 years ago with the development of agriculture and grain-based diets. In common usage, such terms as "paleolithic diet" also refer to the actual ancestral human diet.

So in my opinion it is not only a balanced diet but also something for food lovers and people who enjoy to cook. It's also very back to the roots, like over 10,000 years old.

Thats why I want to give it a very personal feeling and achieve a selfmade aestetic, very natural and authentic, warm, kind of traditional.

I wanna handle that as a label since i think that could be a really cool and unique look for a book cover.

I always think about

I was given the finished book with all reciepes and pictures (see below some examples) and the cover information.

elements on the cover (what i was given)

I'm thinking about adding some stuff:

- "approved since over 10,000 years"
- "assembled with love for food" (something in that direction)
- icons of ingredients
- some kind of logo/icon/pictogram which stands for paleo

what i DON'T want

Cover photos at the moment 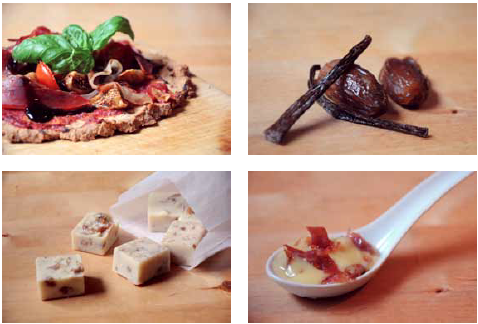 some more pics from inside 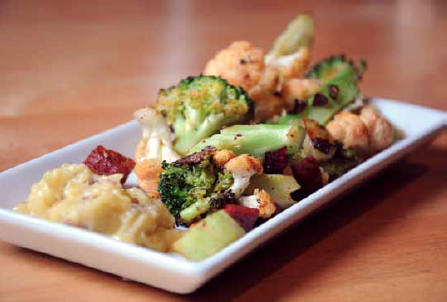 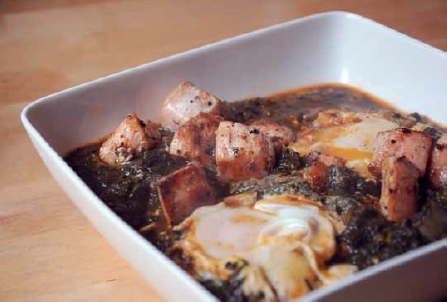 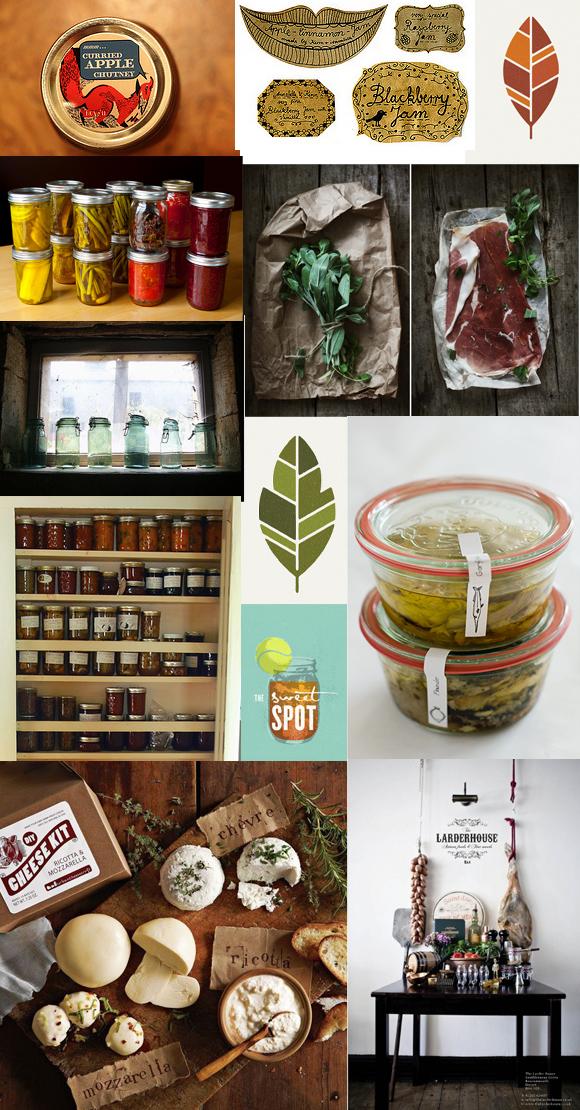 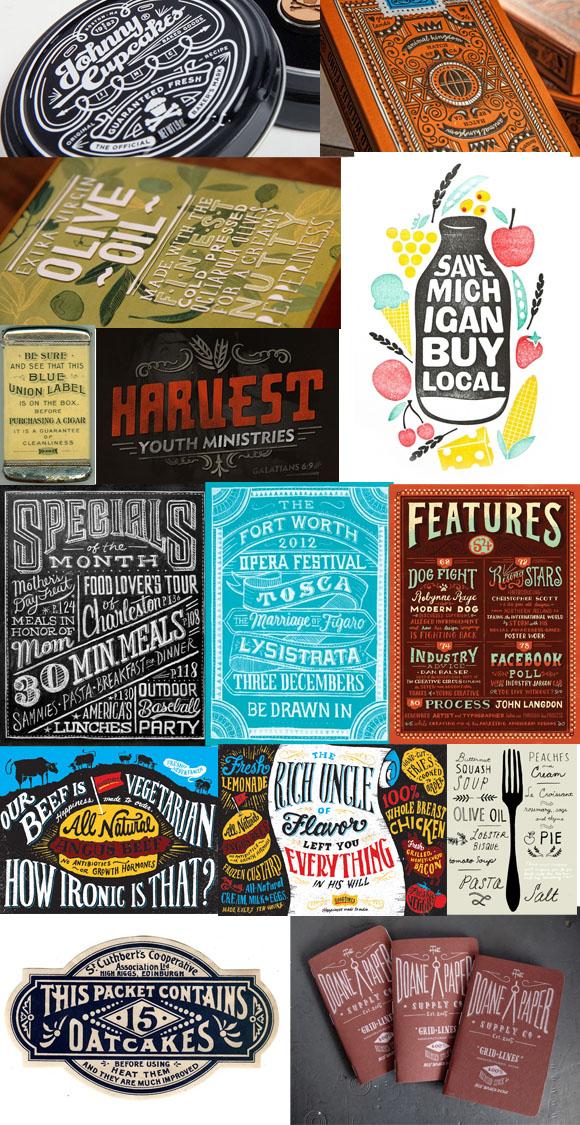 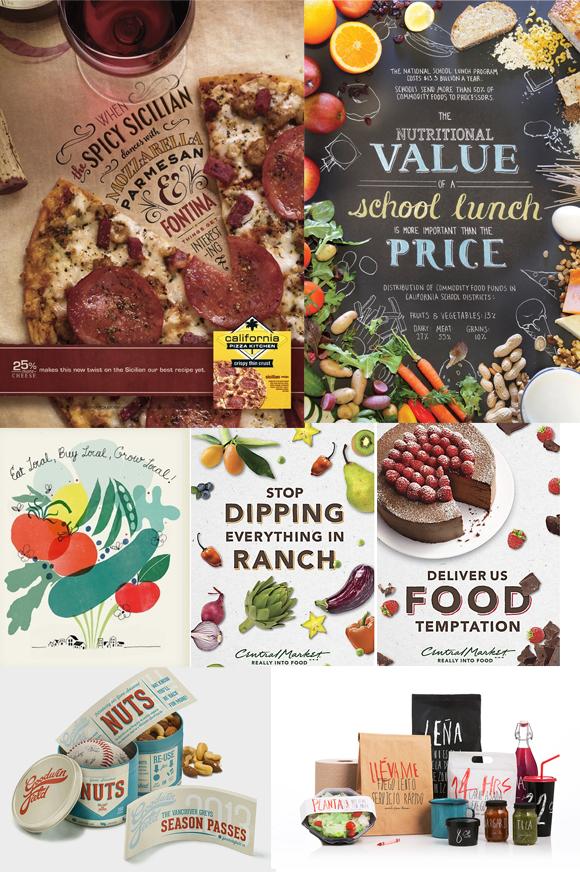