Gaaarrrggghhh! I am super-behind in this class!! I haven't had a spare minute to look at my hand-drawn map. I ended up drawing this very skewiff version of the first greek island I ever visited (and to this day my favourite island) Amorgos. My husband took me there on our very first holiday together back in 2004 and I fell in love. It was his 14th visit there! It has a magical, mystical quality which is hard to describe. Maybe it's to do with it being one of the strongest magnetic forces on earth - clouds constantly swirl around it. It was also the island used in the first scenes of the film 'The Big Blue', which is also a favourite film of mine. All the landmarks are there and maybe this will become my final project after all! 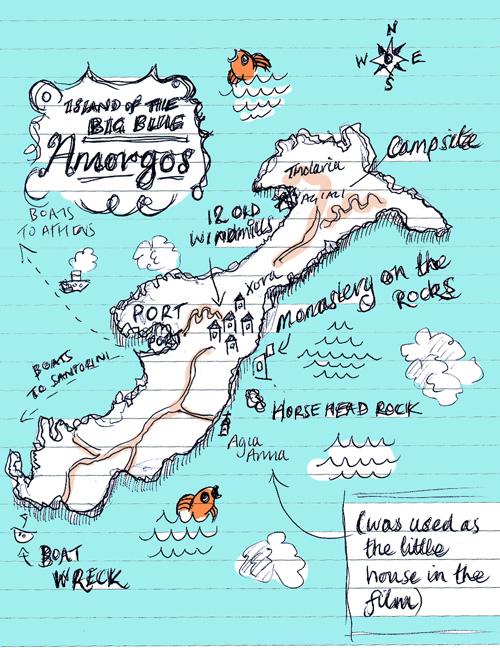 I can trace connections to Greece throughout my life. Quite by accident. I am not greek, I'm english. But I was born in the second largest diaspora outside of Greece, Melborne. My first name is (quite unintentionally) greek - my mother found the name in an article in a newspaper and liked it. It turns out to be the name of an ancient greek hero. Three of the relationships in my life have been with greek men (quite unintentionally). The first guy took me to Athens in the early nineties. I hated the place and swore I would never go back. The third one I ended up marrying. He took me back to Athens and I lived there for five years until the economy forced us to leave. But I loved it, for all its faults. And I love Greece. My son is half greek. I love that my life has been inextricably linked to this beautiful country.

During the nine year relationship with my husband I have visited many islands and parts of mainland Greece. These form a journey tracing our relationship with its base in the heart of Athens. I have chosen to map this journey - and how it relates to my life journey - for this class.

I'd like to try and take a non-digital approach to this project and incorporate a bit of stitching. I'm inspired by the recent spate of embroidery on cards that I've recently found like these: 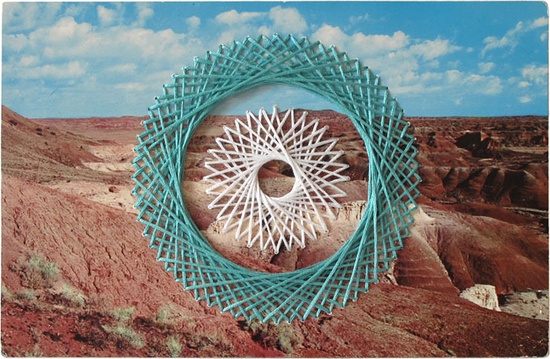 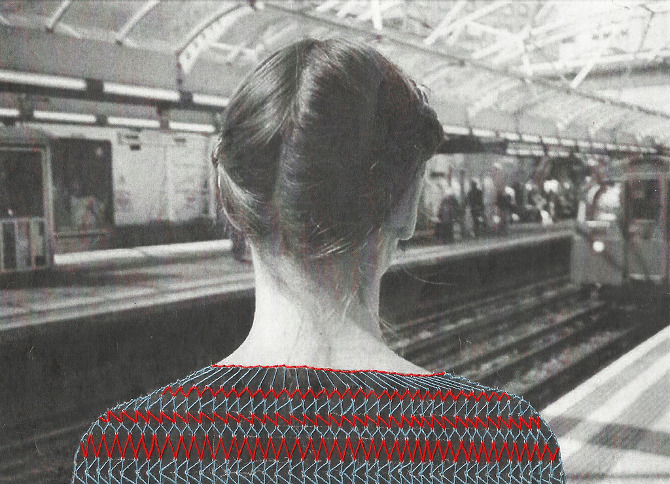