I'm drawn to the mortality data set #5: and the expanded data set that was offered in the discussion thread.

BRAINSTORMING (listing everything out)

warp it by telescoping the states out to correspond with the #dead.  The more deaths, the longer the telescope (ugg the lack of html formatting in this box is driving me crazy!).

I'm feeling really drawn to deliniate datapoints to illustrate- not just the top 5 or top 10, but by name gender... using only the top five storms with female names.

Or vice versa- pick the top via male names, and make a gimmicky title punning off of maelstrom/malestorm.

Other grouping possibilty besides going the above gendered route, is looking at storms just from various political reigns.

Or democratic presidents and death tolls

Is this too correlative?

running with the political incidental data theme of above... organizing storm mortality by political affiliation of the county in which storm struck land/is geographically tagged with.  Taking the talking head position of these modern times that storms and "acts of God" are a punishment.

I'd have to do additional data research for this one.  It feels interesting to go with a Vengeful God slant,

I haven't narrowed down what this project is yet. Though I really like the title Femme Fatale. 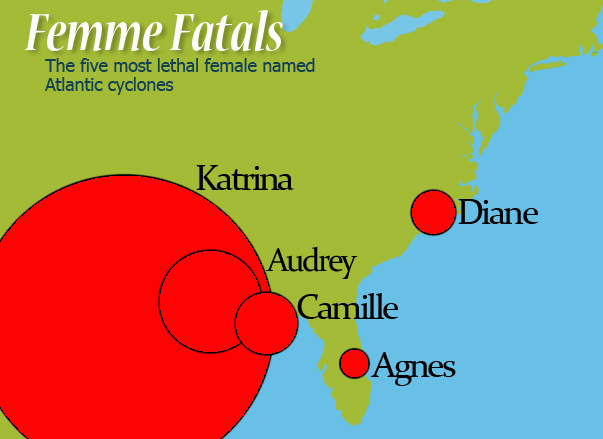 just in sketching the data of the top 5 female named storms- I'm realizing that map imagery doesn't really add much to the data.

here's last sketch for the day: 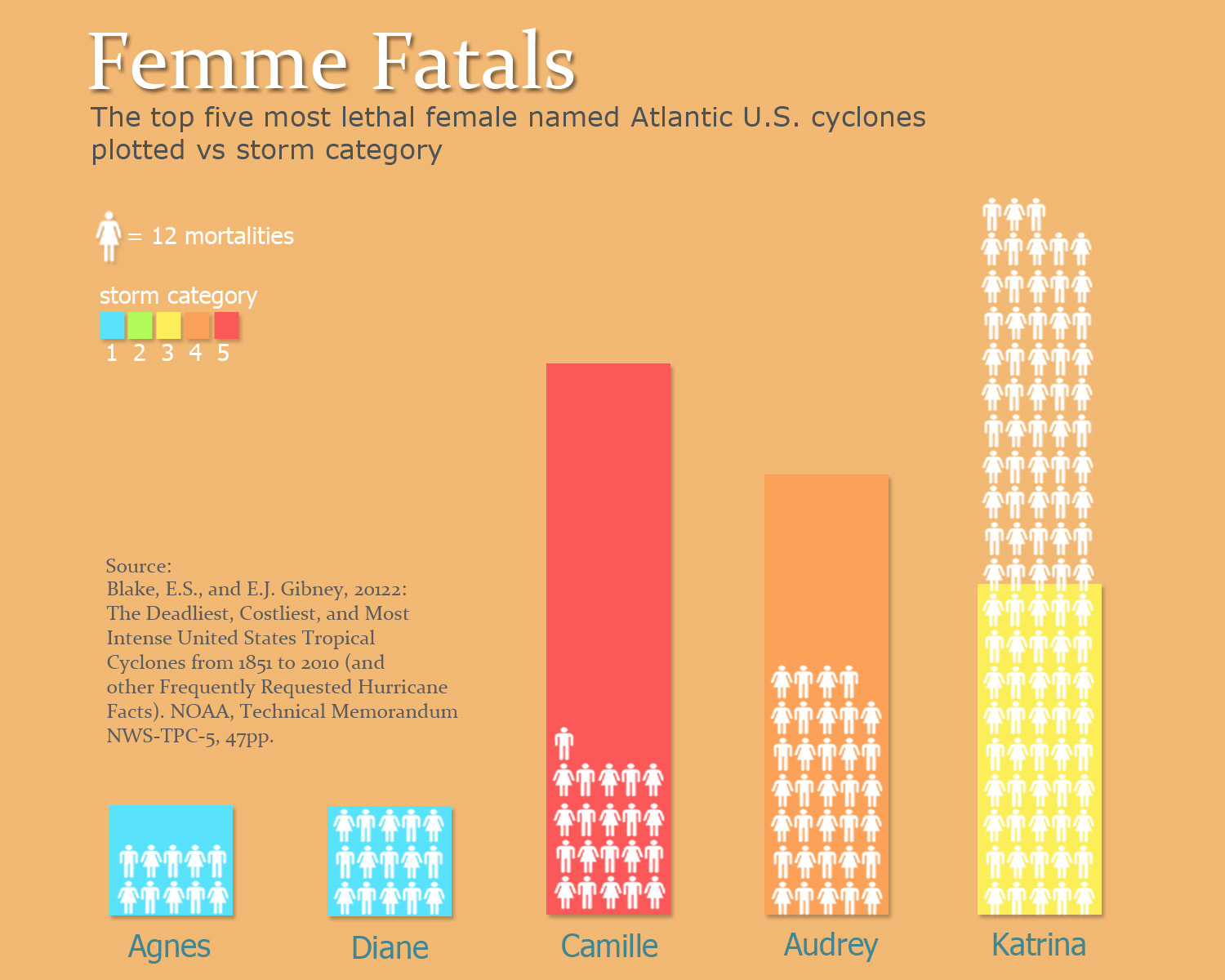 next- I'll try to make a geographical overlay work with it

this is broken in chrome now- can't upload update.