Here because I'm enamoured with maps.  I love discovering adventures here, there & everywhere and I like the idea of:

Some of the ideas I have for projects include:  an iconic representation of my 7 Wonders of the World in 7 years journey, the places my husband and I have lived, a souvenir of our neighborhood and/or our favourite spots in SF to give to the couchsurfers we host.  I work with data and have a fascination with infographics / data visualization, so I would also like to improve my design skills and explore innovative and compelling ways of displaying visual information.

I've decided I would like to do another series, this one focused on neighborhoods.  I call it "hoodies" and will start with the city I know best right now -- the lovely San Francisco,  California.

So far, this is where it stands: 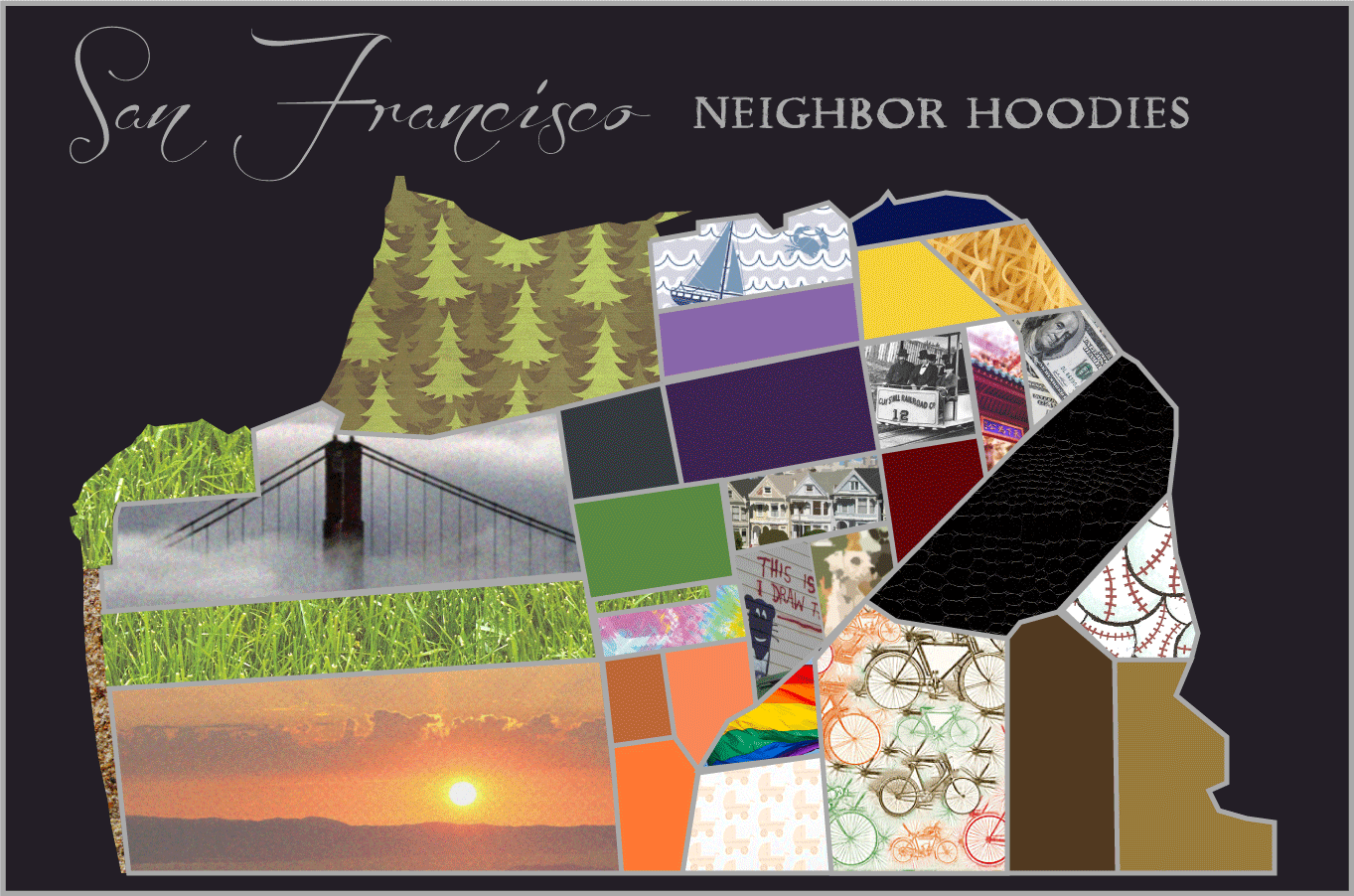 I started with a Google maps screenshot of SF: 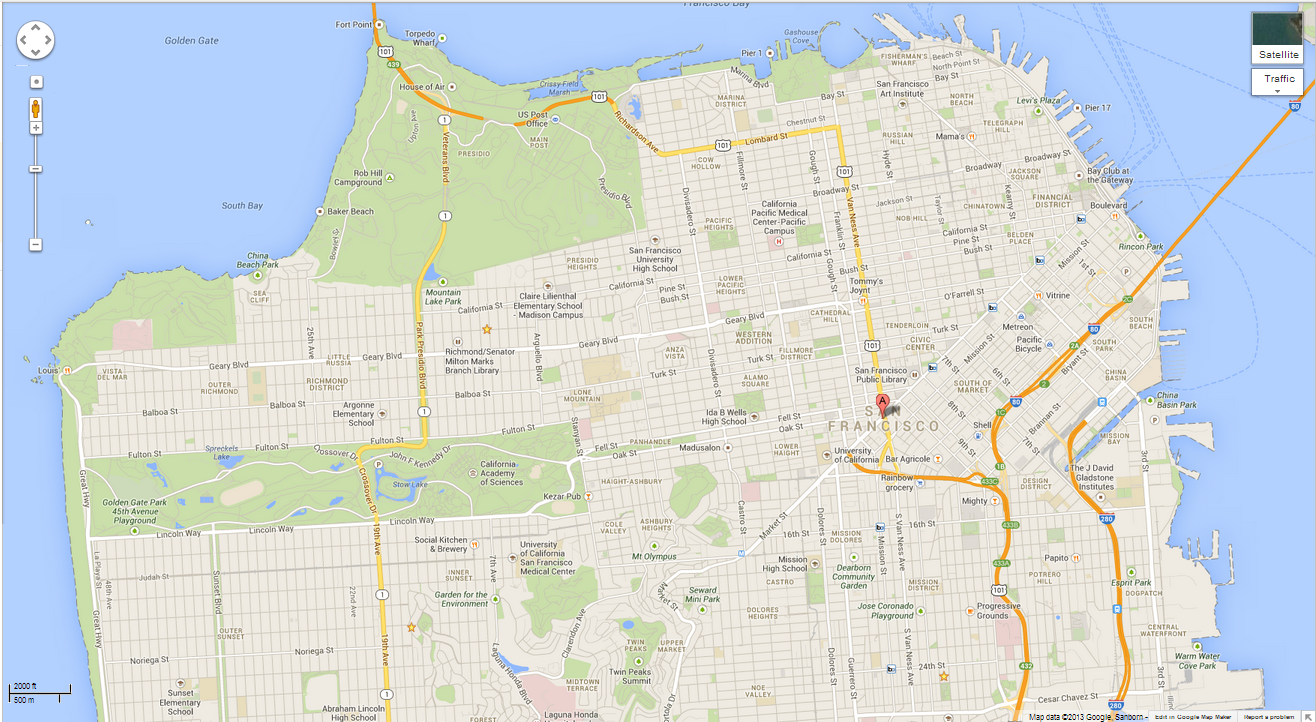 After researching the neighborhood boundaries and determining which level of 'hoodie granularity I wanted to capture (there are a lot of hoodie definitions floating around out there!), I mapped out the parks:

...and added new layers representing each of the neighborhoods:

& filled in each layer with a unique colour to differentiate across neighborhoods.

I then created images to represent the character from each hoodie, which brings us to its current state [/ hood]... 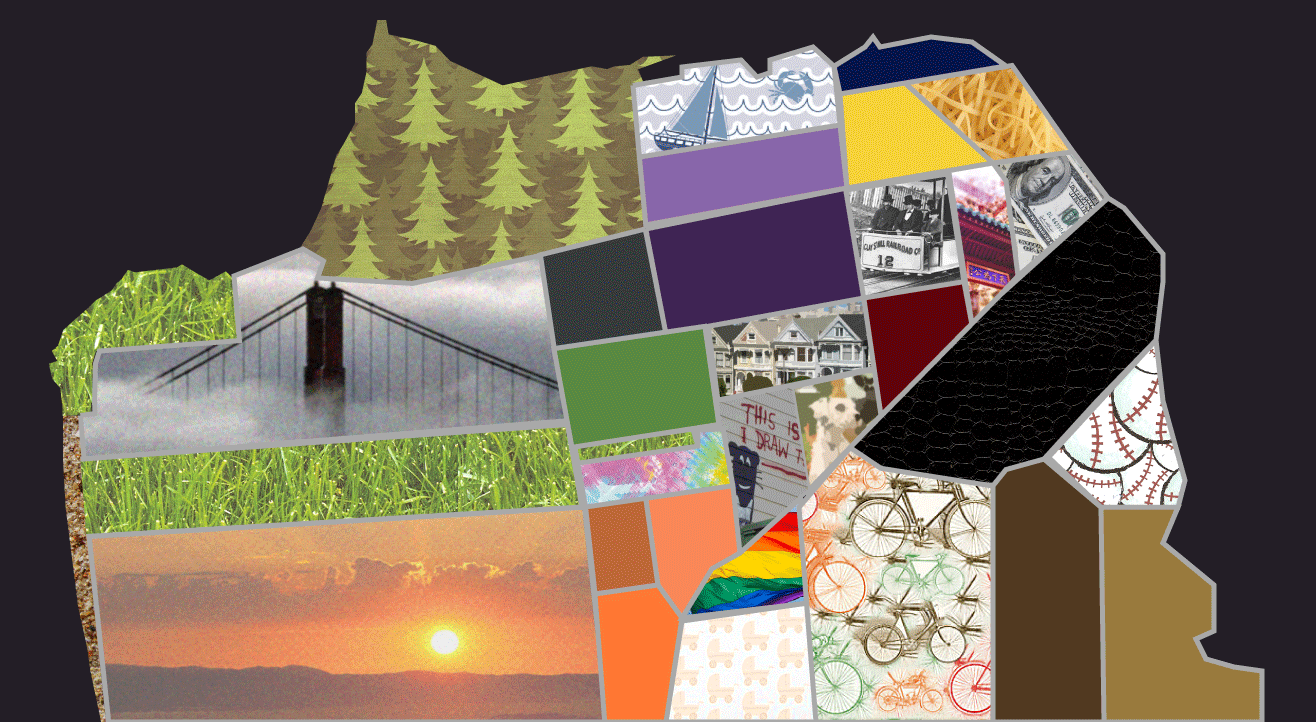 I am doing my project backwards and late.  Oops!  I've spent the past week in Alaska chasing Aurora Borealis (once upon a time, I shall map that quest, as well!) so I have had limited interwebs access to watch Anne's lovely videos and no access to desired supplies to complete her [quite lovely and fun] projects.   Hence, the delay and my somewhat sub-par collage city "Songwood."  Songwood was created from scrap bits I was able to find in my travel bags.  Her residents may find the layout of the city a bit imbalanced but nonetheless find themselves humming and skipping down her woodward blocks framed with melodic hues of gardens & shrubs. 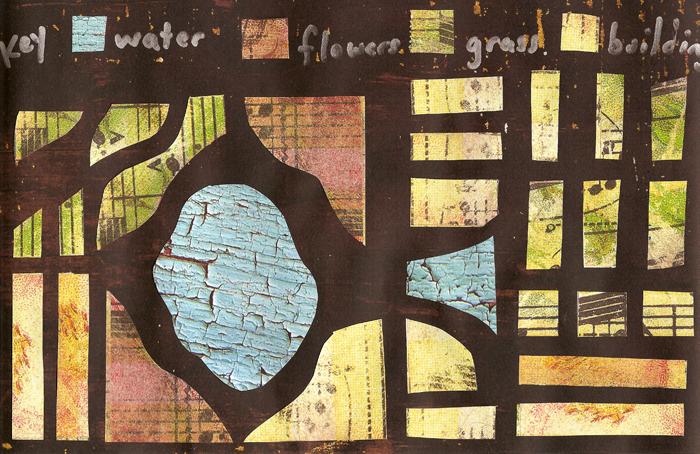 I played around with the layout of the scraps quite a bit... I wish I had had a scanner or camera nearby to document the process, as it was fun in a map-tetris kind of way.

This project helped me appreciate the use of color, texture, and geometry in maps.

Per your suggestions (thank you!), I've attempted to integrate the timeline into the map using the "due date" library card theme.  I'm uncertain if I want to try adding the books back to this.... I was thinking perhaps adding them to the geographic locations on the map itself, or adding them to another column in the due date card, but I kind of like the way it looks without them and I'm afriad they may just create clutter...?

I have a series of "You are where you..." maps that I would like to publish.  I will use the streets of San Francisco as the background for this series, because it's where I live now, and the first place I've lived that I actually consider "home."  This is the first map in the series:  "You are where you read."  It plots library cards from most of the US cities where I've lived.  The timeline below references the library I lived near and a book that embodies the me's I've been from there to here. 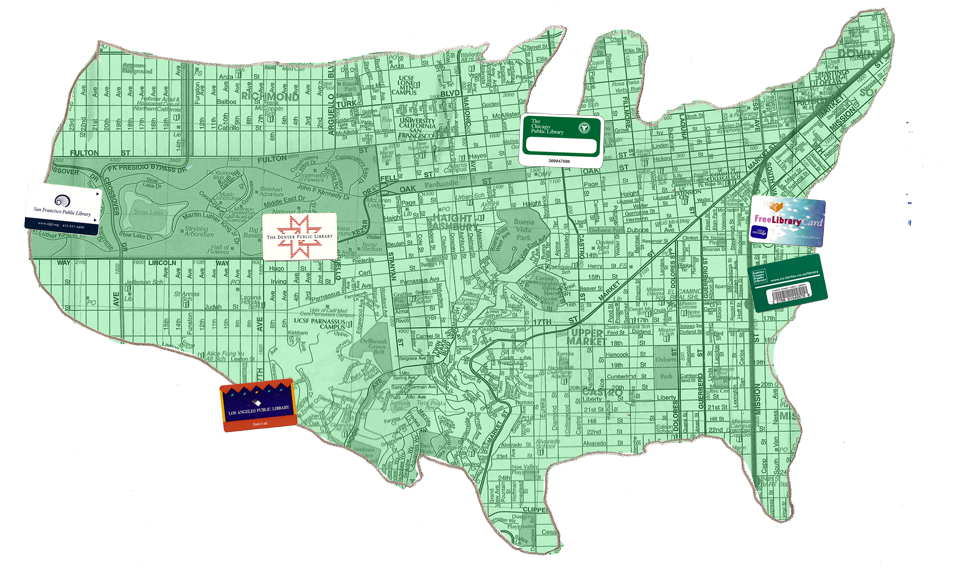 I watched Anne's first series of lectures after walking ye young pup and as such, was inspired by the parks in our neighborhood.  We live in between four parks, each with a very distinct appeal , so I wanted to communicate the unique character each of them possesses.

This project helped me appreciate spacial representation and how the layout of visual elements can sometimes communicate things you don't intend for them too (e.g. the placement of "Masonic" and "Pan" from Panhandle unintentionally spelling "Span") 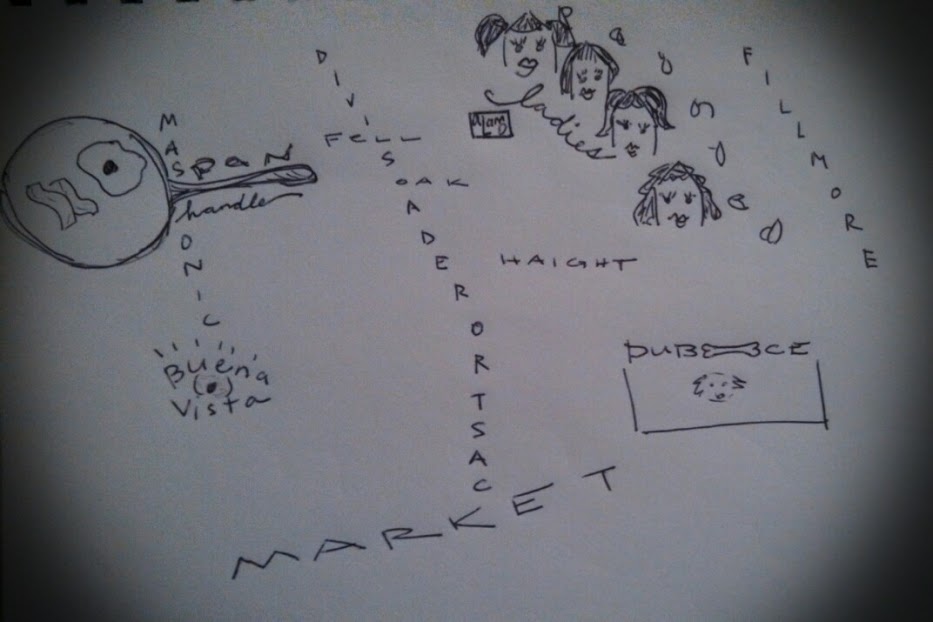