(Format is all wrong as cut and pasted it in - couldn't add attachment to pdf, it is not allowing me to link my google drive saying"we currently don't support this content yet" !)

Small front garden, well kept, bursting with plants and flowers and out of character amongst a scruffy street of local authority housing. A small, sprightly woman in her 70s (JOAN, retired PC) is busy and focused on pruning a rose bush.

Running steps approach and the gate swings opens to reveal the out of breath security guard (GEORGE - mid 40s) from the Co-op at the end of road.

She blocks his path, pruning shears poised ready to snip, quite threatening really

Is there anything wrong George?  You look...out of sorts

ask but...could I use your toilet please?

Rather than cross her on the path George sidesteps her and approaches the front door by walking over her border and bothering a rose bush.  Joan gasps in frustration

the one in the shop?

George, anxiously looking up and down the road,  seeming to crouch down by the time he gets to her front door, which is slightly ajar.

GEORGE
(thinking on his feet)

The thing is Mrs Johnstone, it’s out of order, and I’m absolutely bursting. I’ll be really quick

He continues to look around as he hesitates at the front door a look of pleading on his face.  Joan rushes up the path, brandishes the shears at a bush just outside the front door and begins snipping dying roses.  The sound of them is crisp and sharp.

I'm sorry George but I really have to get on.  And it's my cleaning day and I've sprayed the bathroom and have bleach soaking in there.  It's not a good idea.  Could you not wait until you get home?

Sound of commotion, people calling to each other from down the road.

I don't think I'd make it home, Miss Johnstone, I really need to go...NOW.

He stands up now, and is in the door way ahead of Joan, who looks distastefully at him but cannot now block his way in.

Oh, I suppose...there's no need to take off your shoes, just use the one under the stairs

Joan is standing in the hall, pruning shears clutched tightly in her hand still looking uncomfortable. Silence from bathroom as she waits for sound of toilet to flush

JOAN
Is everything alright George? Have

you finished your shift for the day?

A string of sirens sound in the street outside. Joan takes a slight intake of breath and edges towards the front door.

GEORGE (O.S) (cont)
Could you get me a glass of water, Miss Johnstone?  That's what I need, don't worry, I'll be gone in a minute.  Just need to catch my breath, you go into the kitchen and get me a nice cold glass of water.

JOAN
(very calm, from the

front door)
You take your time, George, I’ll get you a glass of water

Joan quietly closes the front door, takes a key out of her pocket and carefully locks the door. Ambulance and police cars screech past her and then pull up outside the Co-op further up the road. She walks slowly up to her gate, opens it carefully and then continues along the road towards the assembled vehicles, pruning shears still in her hand.

An old and battered looking Fiesta splutters to a stop. Two students aged approx 20 (boy and girl) get out and slam their doors, which sounds really loud and brutal in the silent night air.

should have put water in at the garage, shit..! Should we walk to that last house? There was a light on, we could just ask for a bottle of water?

BOY
Are you joking? That was miles

back, plus it’s the middle of the night. No, we’re best walking on and finding a garage, there must be one soon. I’ll look on maps

He takes his phone out of his pocket and scrolls

pause as she looks around

Anyway, I need a wee before we go anywhere. Keep a look out for me

She hides behind a tree and squats

Yeah, cos we don’t want any hedegehogs sneaking up for a sly look do we. Why did we even leave tonight? We were having a great time. If only we were still there, cold beer, music...

BOY
Oh, here we go. I was relaxing,

She trips on a branch and goes flying. She emerges from the bushes on her hands and knees, crying

This is a disaster. I think I’m bleeding...

BOY
OK, what do we do now? Forward or

I don’t think I can walk anywhere, my ankle. Shall we just get back in the car and cuddle, until it gets light and then you can go and get help?

Mr Brown, oh, I had the lasagne.  It was good.  No garlic bread?

That's all that was left...lunchtime football with Year 8s.

He attempts to look down and start eating

Oh, I wondered why you weren't on yard duty, did you swap with Mr Smith?

He starts eating and answers between mouthfuls

Stuffs his mouth with food and concentrates on his plate

I was thinking of driving over to Llangollen on Saturday.  I don't feel like I got the chance to do everything last time, with us getting there so late.  Do you fancy it?

I can't Saturday, loads on, said I'd help my dad re-build the garage so pretty much busy for the next month I think

He gets up from table and takes his tray to shelf

Right, I'm late, got to run

He walks off towards the door

Well I'm going Saturday anyway, I could do with the run.  And I suppose I could just give them your details if they asked for them?

Mr Brown halts at the exit

I've got a class in two minutes, Miss Murray, but tell you what, I'll give you a ring on my way home, maybe I could have a word with my dad, put it off until next week...

Well, I've got yoga at 5.30 so make sure you call me when you get in the car, otherwise you'll forget and we may not get another chance before Saturday...

No, don't worry, I definitely won't forget.  Have you checked the weather for the weekend,  if it's going to be nice then it's probably a good idea. 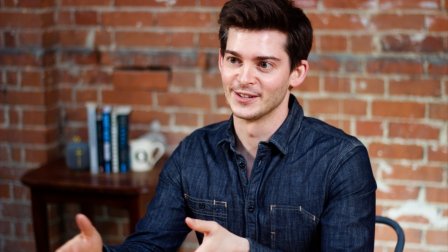