Hey!
So, i realy had no idea what product to choose for this project.
i mean there's nothing that i realy need to make a lable for (projects of my friends or something), nothing that'd be realy important for me personaly. Except for; a Logo. I realy wanted to have a logo for my own work for a long time. So i'm doing that!
I'm stuck with the Name Axo Lotl (this little amazing creature) for a long time now and the shortcut Axol, that's what my "name" should be now. Even if i wont use forever or something.

So this little fellow has a beautiful head-shape and i think that realy should be a strong element in the logo. It's also always slightly smiling, so theres a little curve throught the oval. gives the whole thing dynamics.

something like this.
but i want to keep it abstract! (important point)

these are just scribbles, no panic. it's gonne be better. they're done in seconds, just to show you what i mean.

btw. i've never done something like a handdrawn logo before. always did scribbles and then i did the logo in illustrator.

here's an example for this shape of a logo i want mine to be. in the old version of the companys logo, they used a very nice font. it's kind of swinging around in the circle. something i'd also like to use.

Aaaalright. So i didn't update my project at all... That means everything comes at once now.

It was a lot of fun designing the logo! Writing nice by Hand was something i've never realy tried out before and i have to say i drifted away from the main Project for a long time because i was so excited by the fact that i can realy create nice type by hand and play with it. everybody starts small and i definitly looking forward to grow bigger and bigger.

So here are a few examples of how i "got into the project"... drifting away like i said. but i have to say it realy helped me to ged rid of the fear of putting down text by hand. 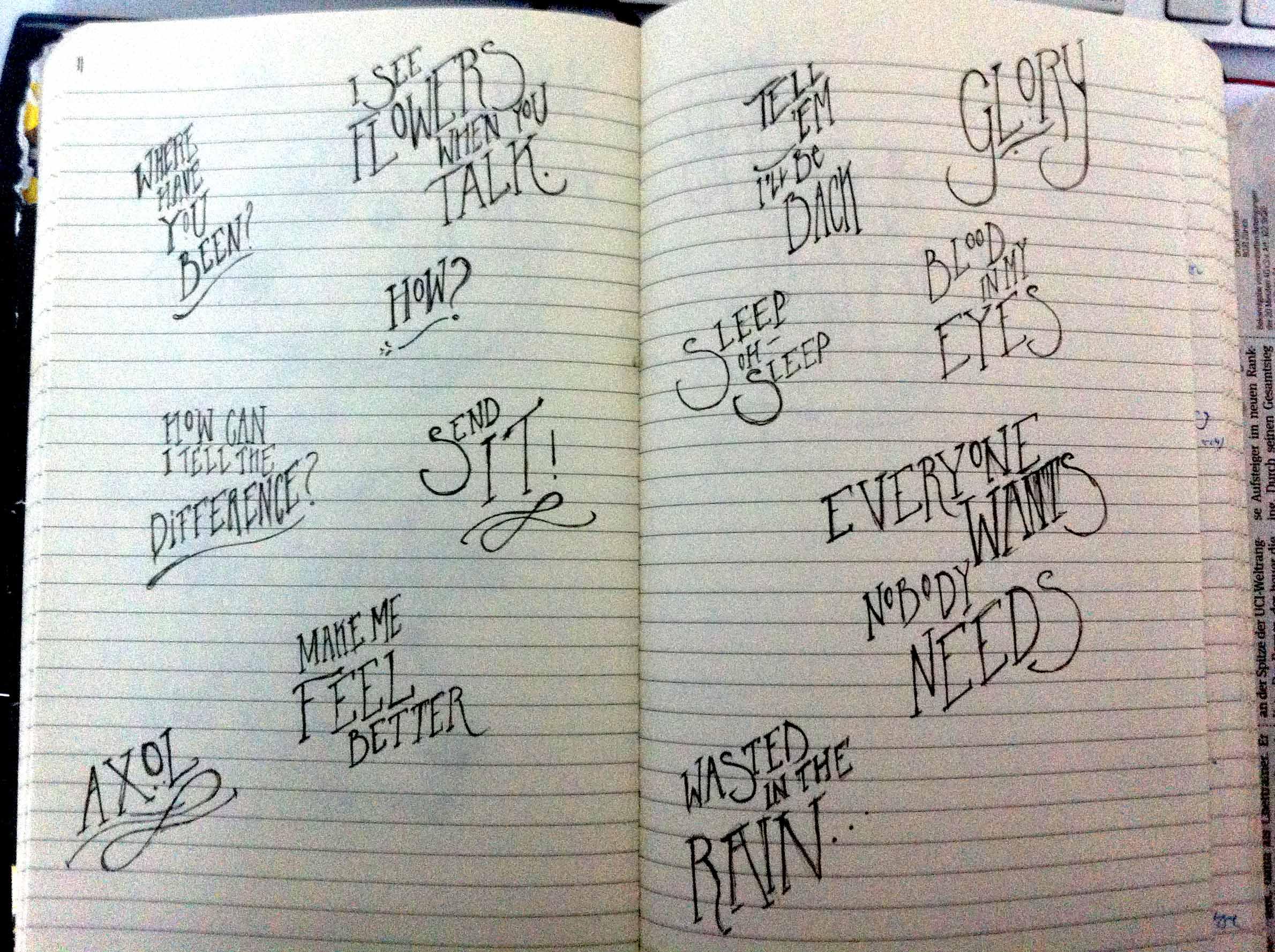 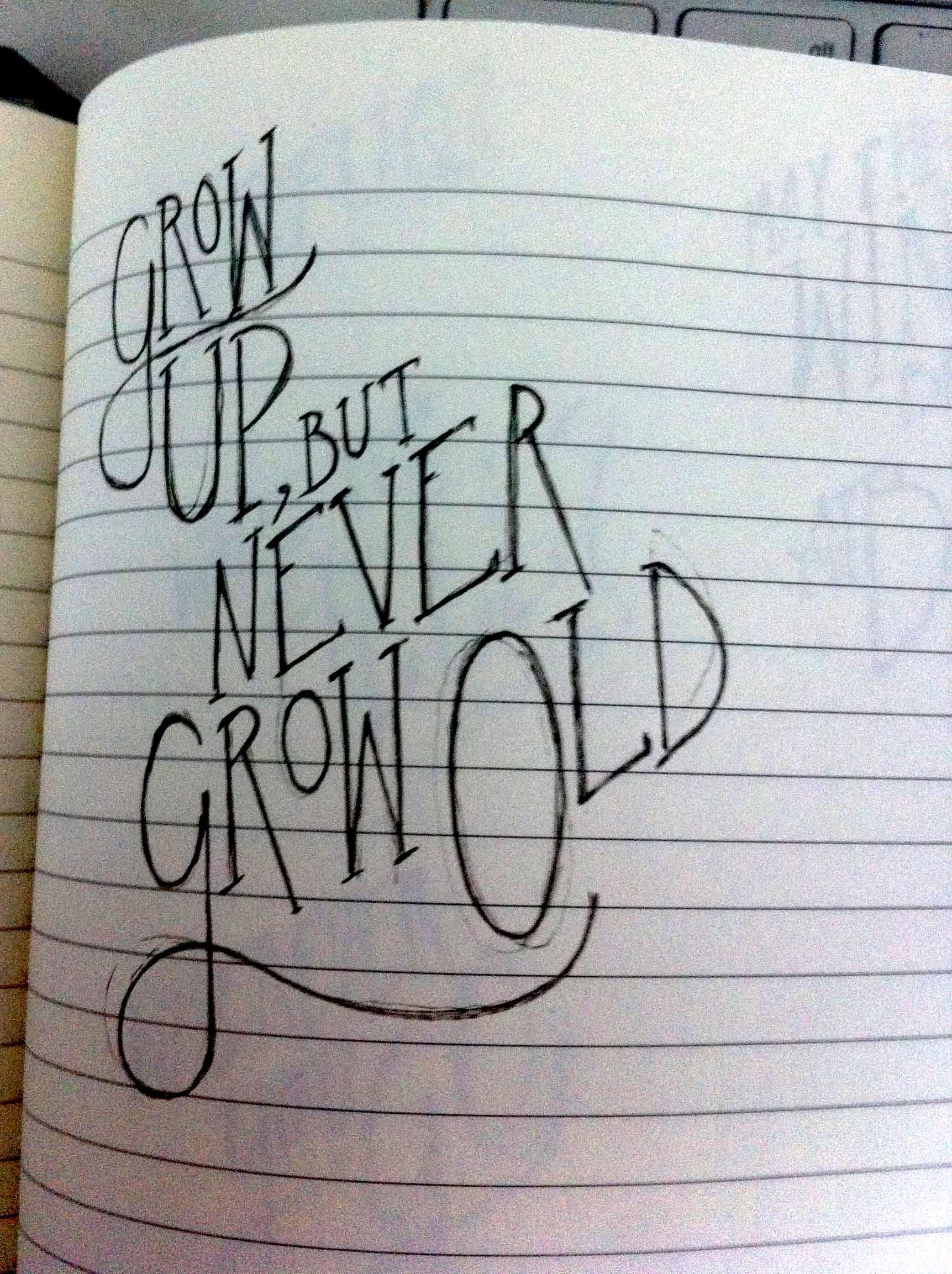 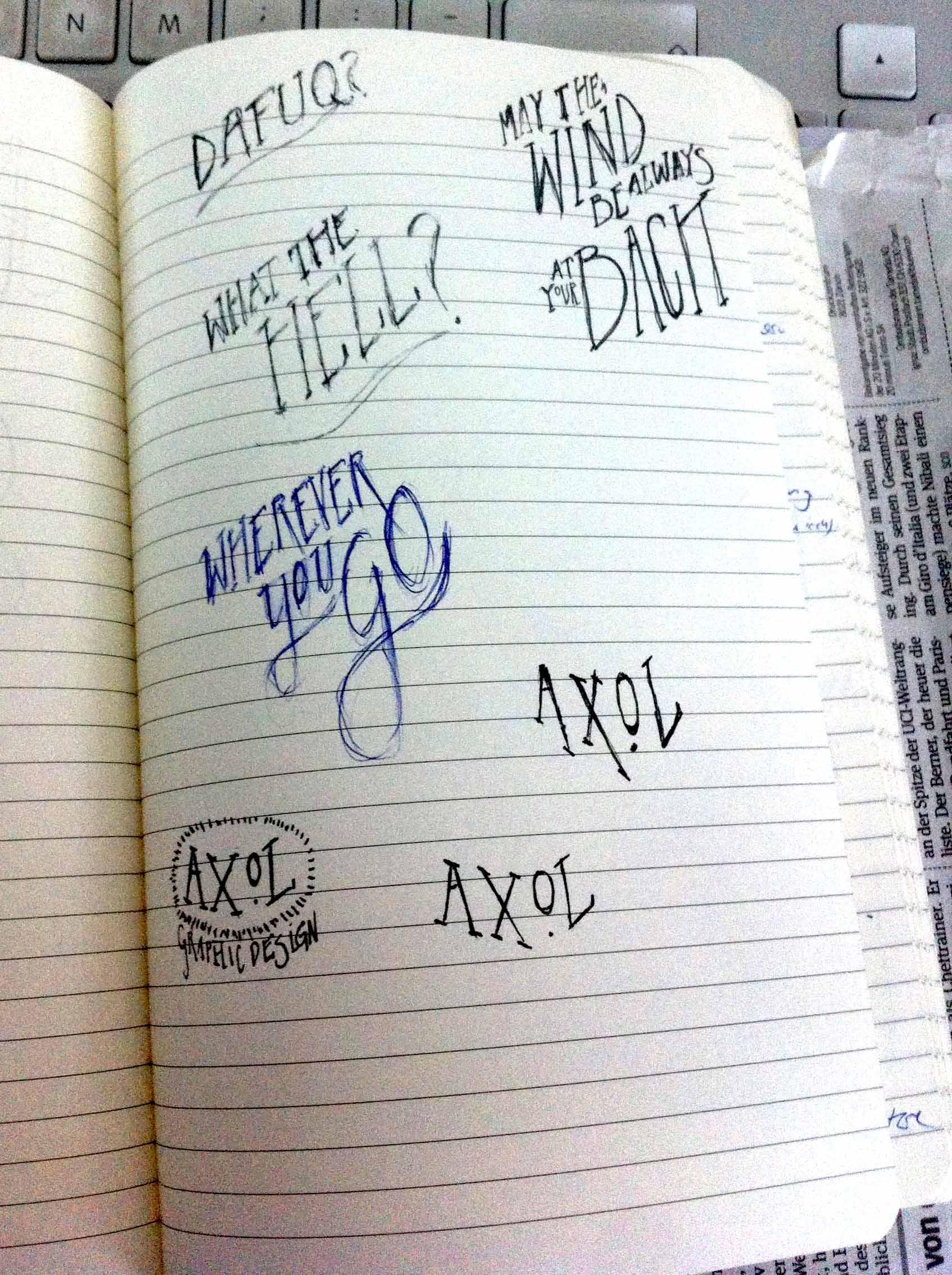 So these were my first steps. i also tried to combine text and picture...that's where i lost focus a little bit, but i wanted to show them to you anyways because it  was all one progress... 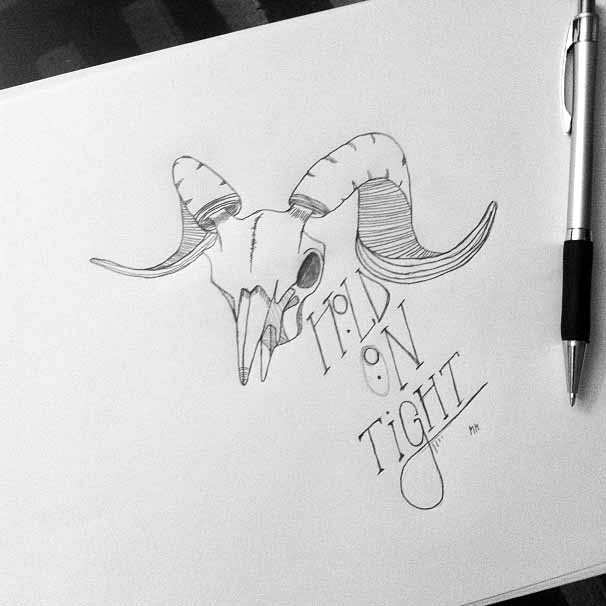 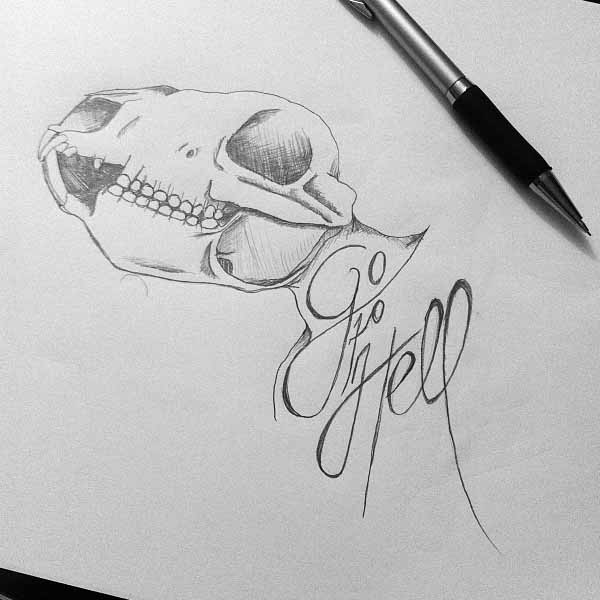 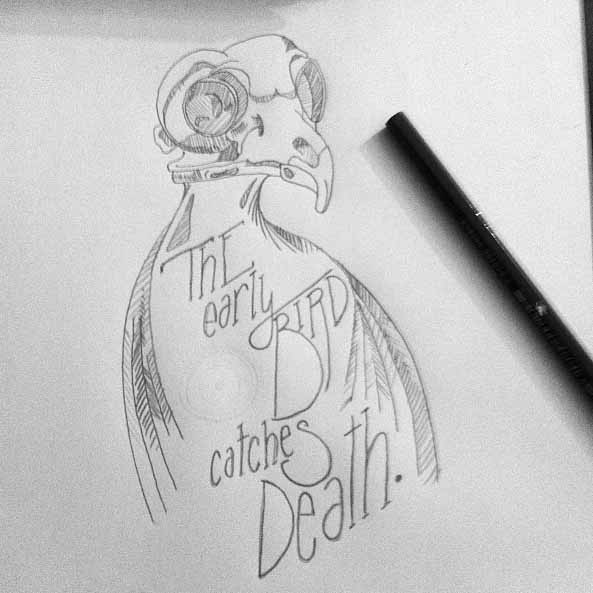 Like the  tons of drawings i did in school instead of focusing in class... I also did all my AXOL sketches in class... on loose sheets. So maybe they're lost in time and space. but i'm searching and i won't give up and i'll upload them as soon as possible too. too bad, because theyre like the first step to the logo so you guys have to imagine they're right here. right now. 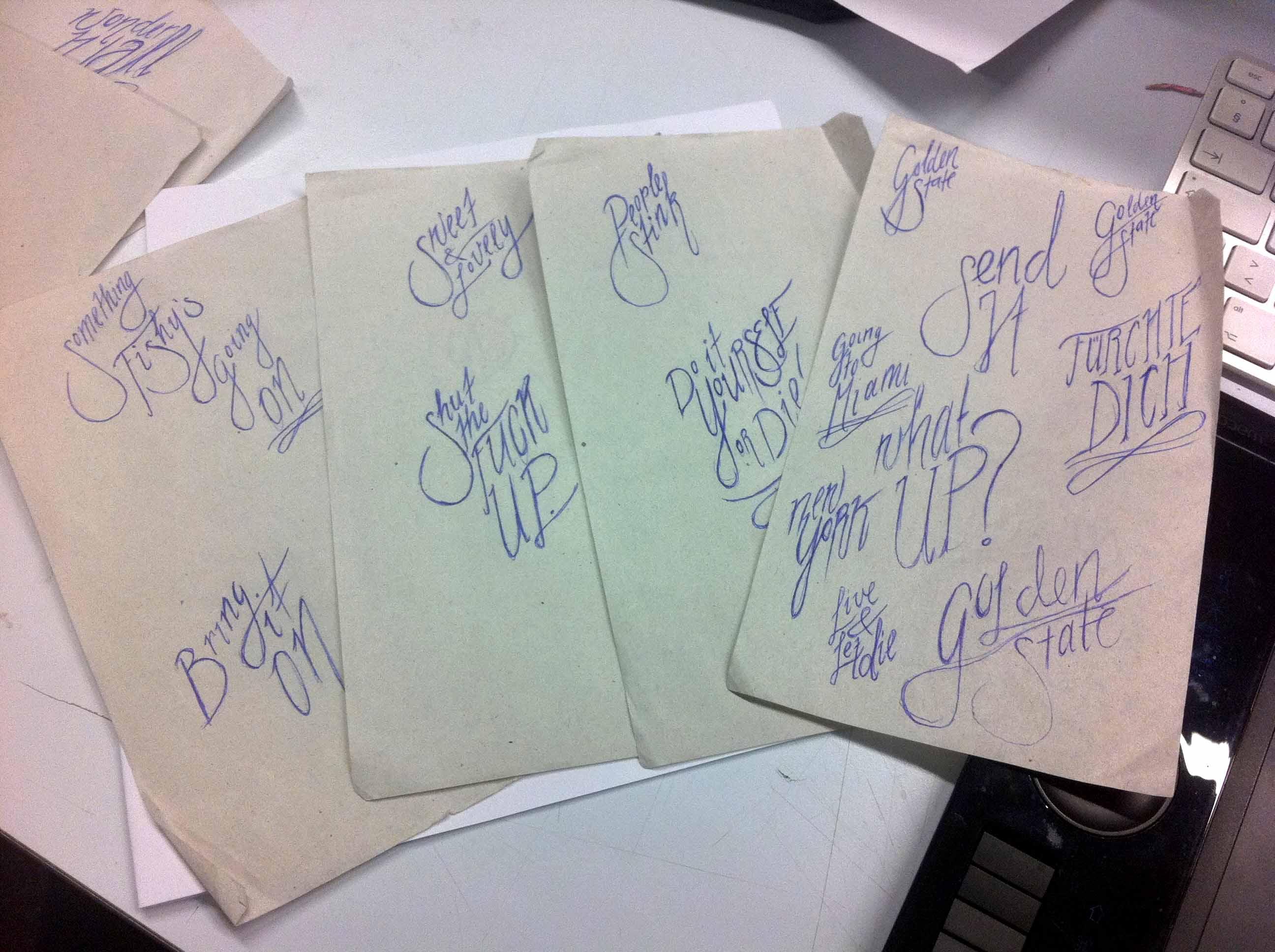 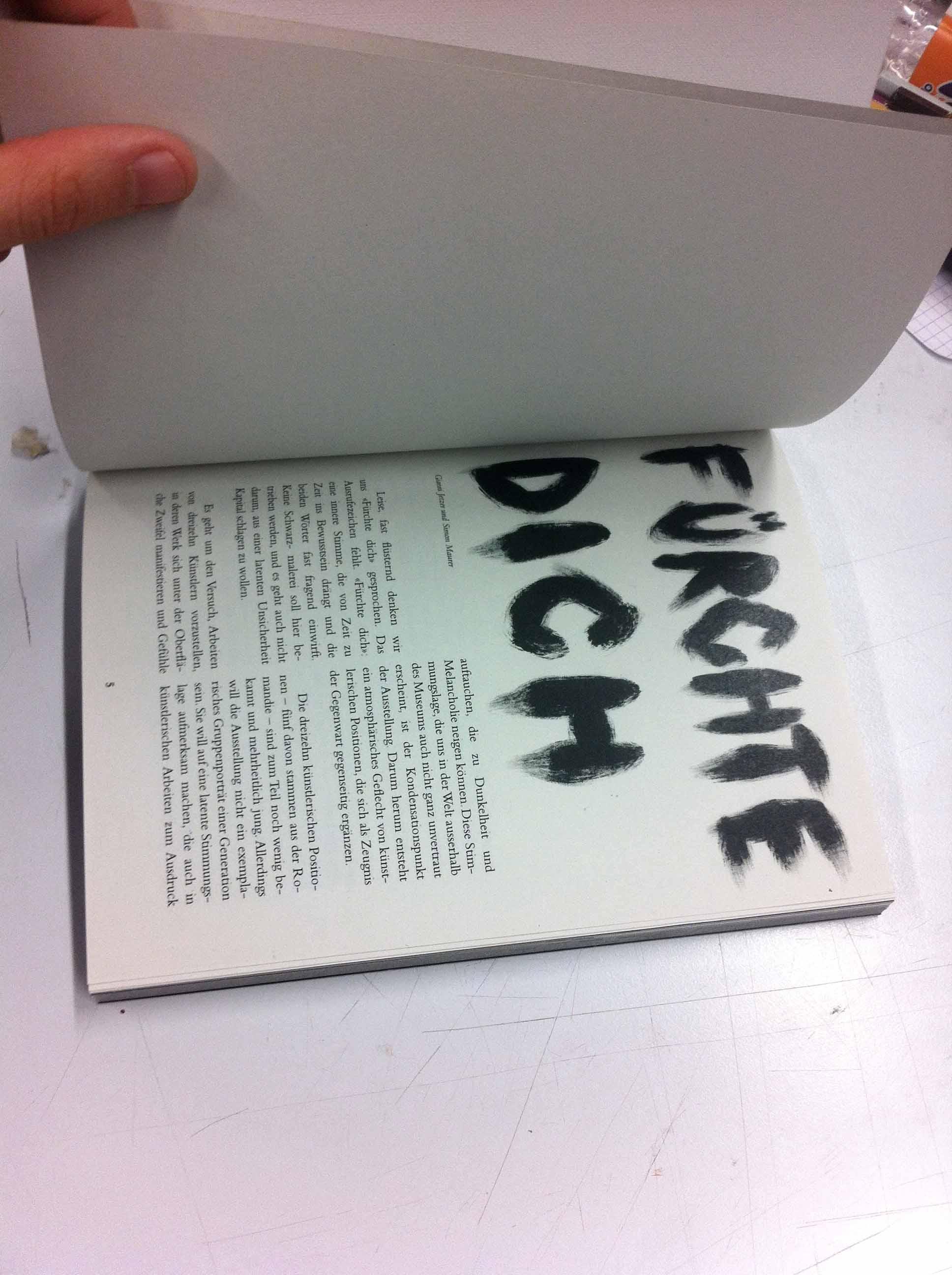 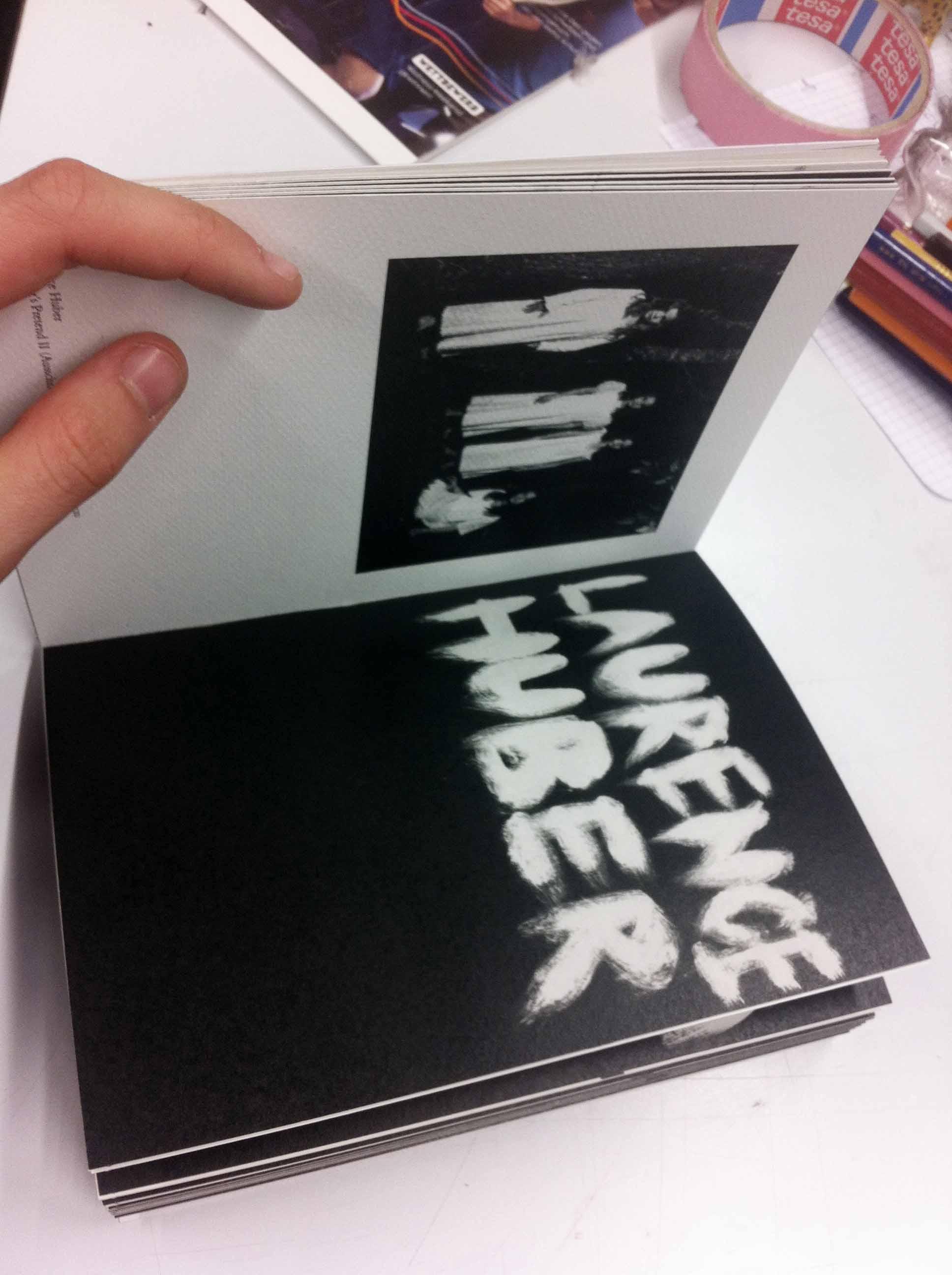 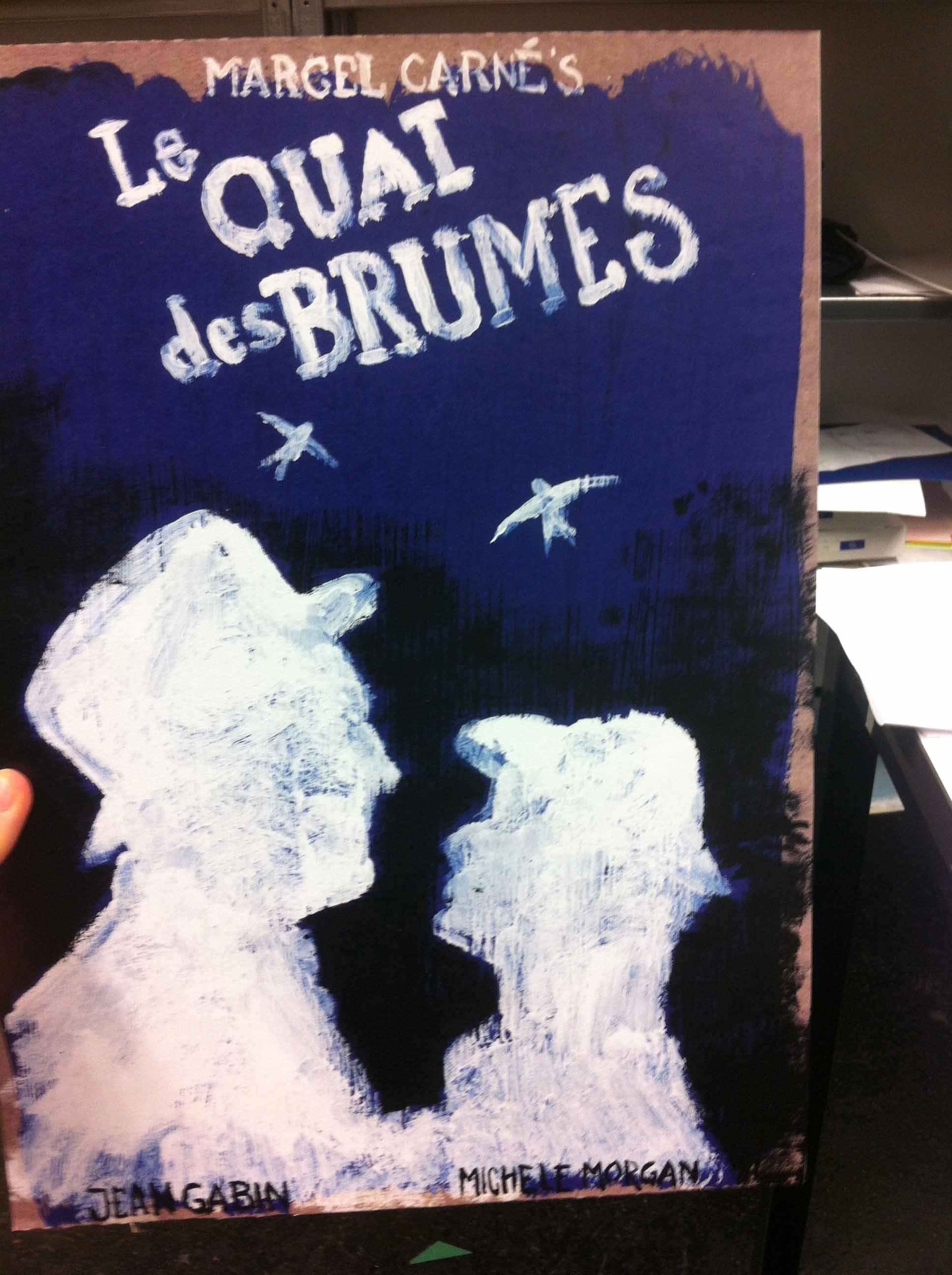 now i know handwritten type gives so much more character, it lets the whole thing go a little bit deeper.

So and here we are at the point where i went to a more or less definitif logo.

I realy stick with the idea of the head and the little thingis on the side. (you have to see the sketches...f***. it looks like i did nothing) 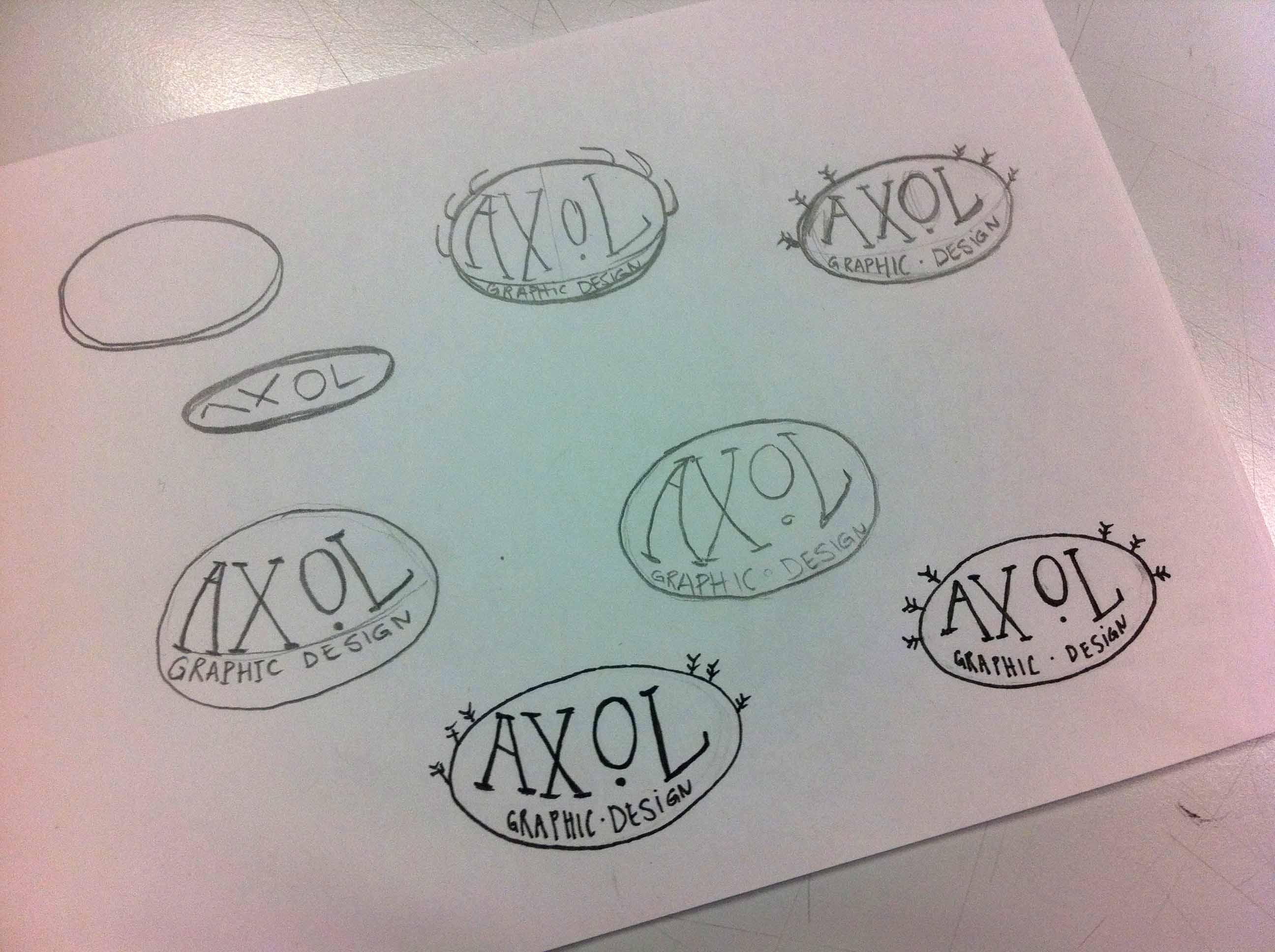 and then there was this version of the logo that was pretty much what i wanted... but only pretty much. 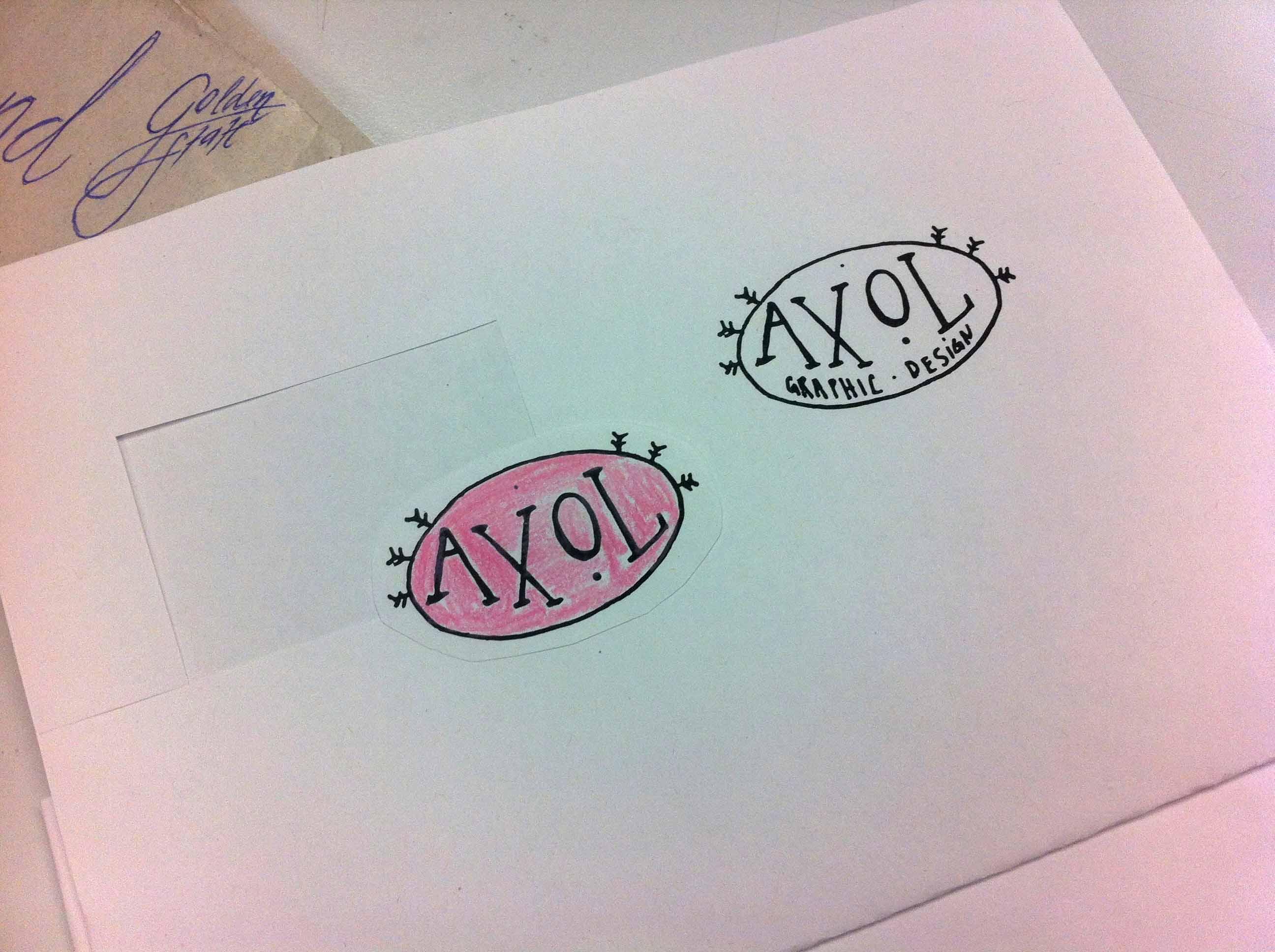 So today i sat down again and worked concentrated like never before. And i'm more than close to what i excpected 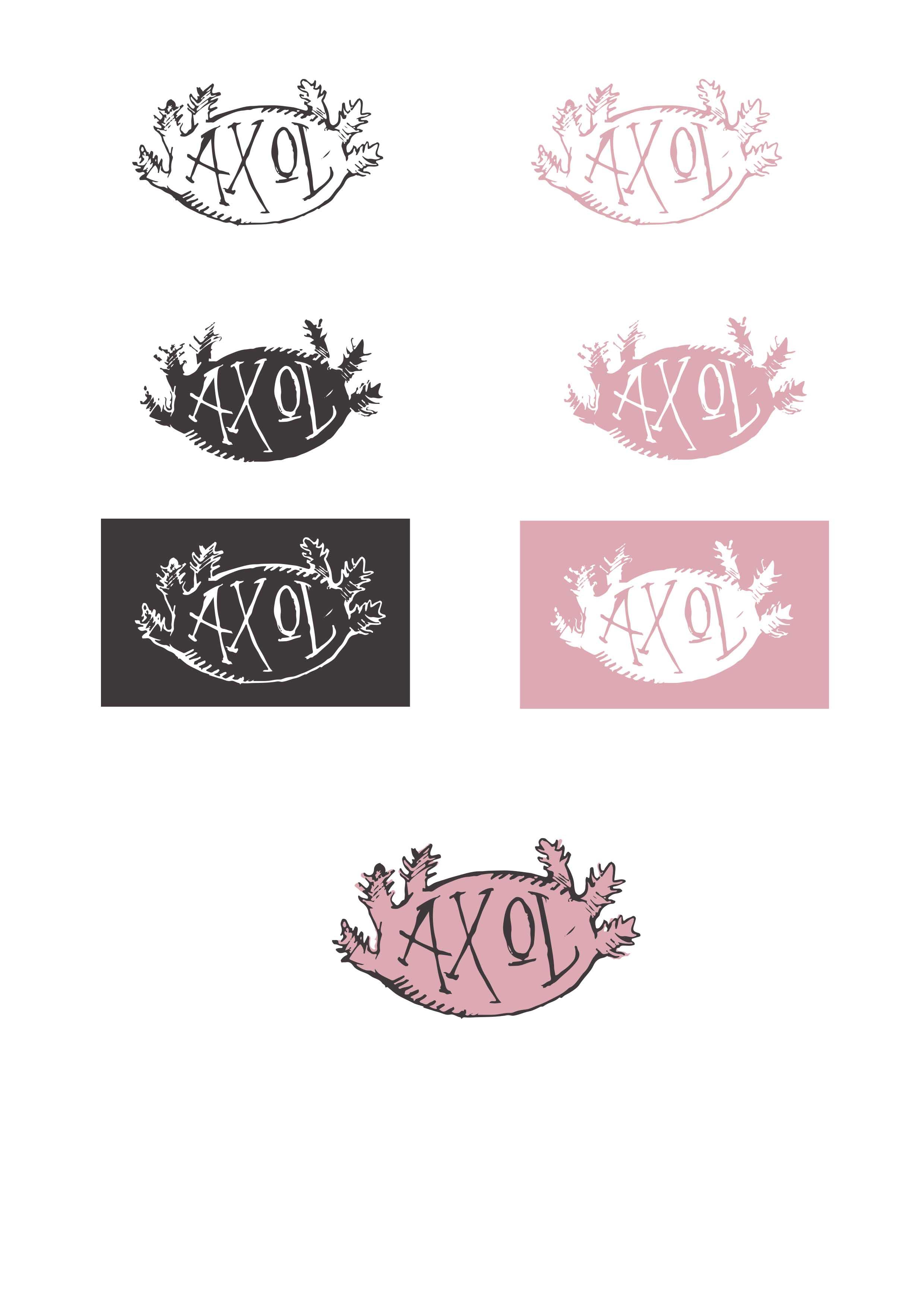 I'd love to make a stamp of negative version.

So what do you guys say?

I'm going to make letterings and all that stuff with the logo the next days so you can see the little AxoLotl in action.

I was so happy about the input of Daniel, (thank you so much, it realy pushed me to work hard on it today) so istead of answering your comment, i just tried to do the little Hand Logo. and here's an example of what that would look like (i'm not posting the sketches but it was realy hard to put the type between/in the fingers) and so i went with this solution. 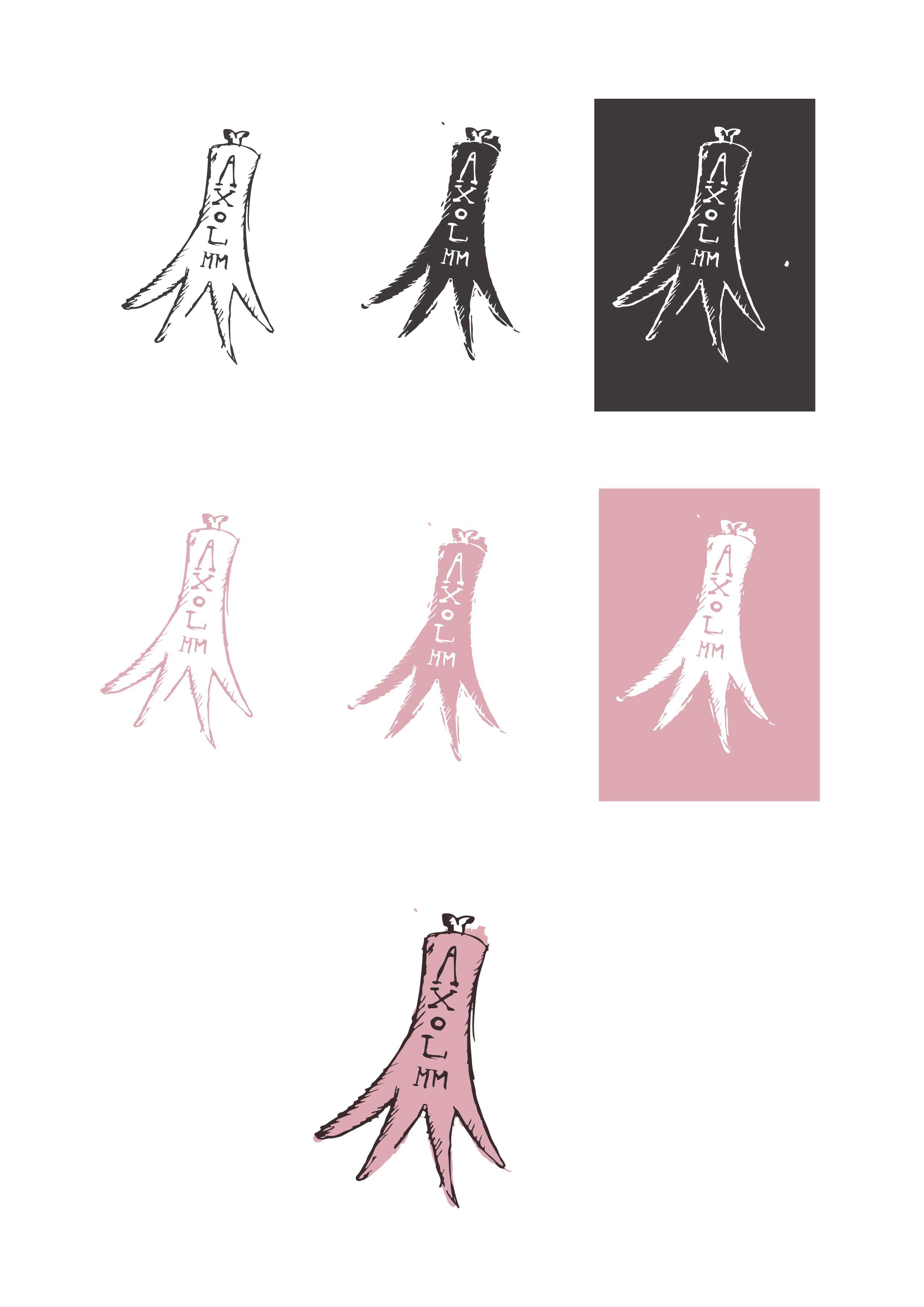 i thought about using the body or something too, or the thingys on the head but i went with your first idea of the hand and i have to say i realy like it but the head is just so characteristic for this little fellow. it just works out better in my opinion. i know it's obvious, but i think that's not a bad thing. by the way, did you know, if you cut of an Axo Lotls arm it will grow again. like nothing happened. awesome.

So Daniel this is for you, because you motivated me so much :)