I made a first mind map where I kept turning around the idea of the zodiac signs but I wanted to combine the theme with something else as I thought it would be too obvious.
So I made another mind map and the 2 things that popped up were "Art Nouveau" and cameos.

I like the intricate arabesque that are very specific to Art Nouveau and I thought that I could try to take inspiration from this period to do frames for the cameos. That said I'm not sure if I should stick or not to this idea.

Each cameo would be dedicated to a zodiac sign, therefore it should be a serie of 12 badges.

I think I will focus on the first 6 signs first.

There are two styles I'm quite drawn to. I made 2 inspirations board to depict them :

The other style uses simple shapes but is more about outlines.

I made a few sketch to see if I could come up with ideas of characters.

It will probably be easier to translate them into simple shapes like in the first inspiration board rather than in the second one. 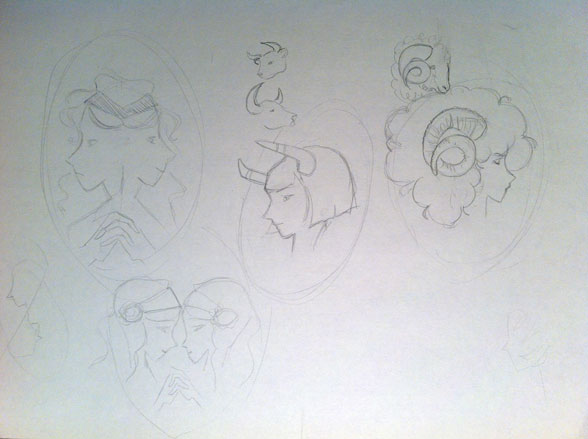 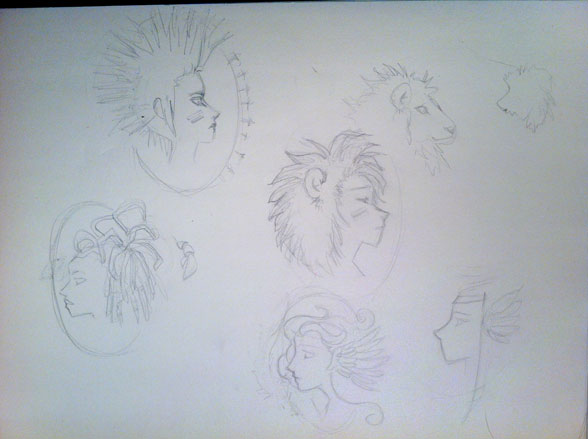 I did try to simplify the hair and the way I would draw the faces. Here I focused on the Leo and Virgo signs.

I quickly set up my mind for a circular / crescent frame where I could draw smaller shapes inside. 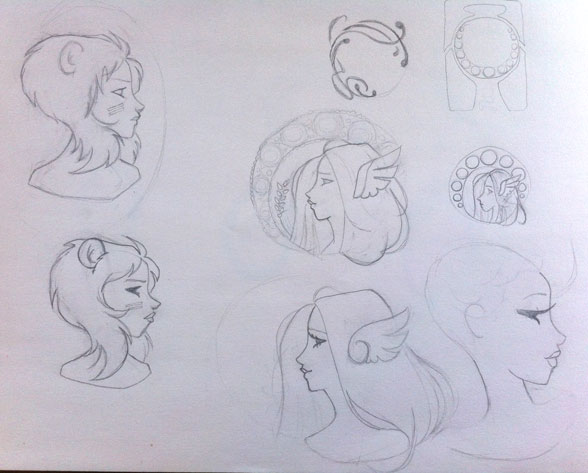 I made a few quick sketches for the frame to see if I could come up with something more interesting than the cresent frame. It just confirmed that it was where I wanted to head for. 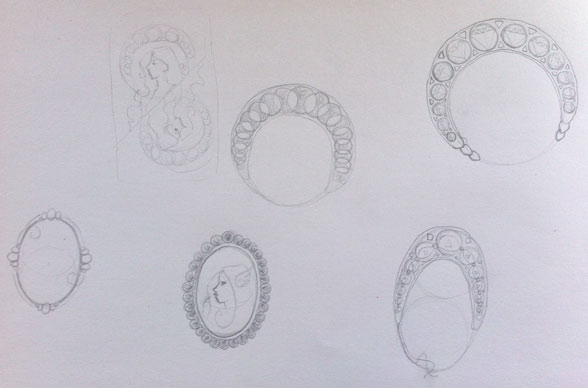 Then I made a montage on Photoshop of the head and the circular frame to figure out the proportions between the frame and the head.

I think I'll go for a head that fits completely in the frame with occasional details like the hair that comes out of it. 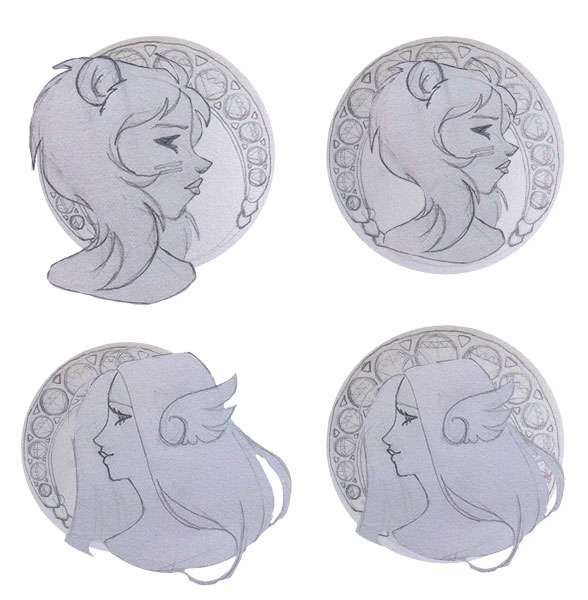 I took the opportunity of this project to get more familiar with a software called Sketch. It's nowhere as complete as Illustrator and it's more aimed towards UI and web design but I wanted to see what I could come up with it.

During the vectorization process I ended up simplifiying things a bit further. I came up with a general frame that I can re-use for all signs but for each I need to add a scenery. This is where I feel a bit stuck and where I need to work more.

Here are my 2 work in progress. The colors are completely random (and not particularly good) as I want to set up the graphic elements first. 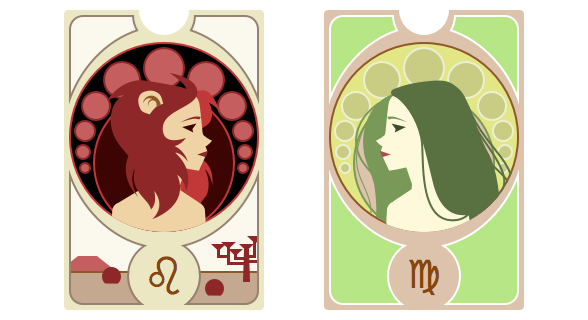 I think I'll use 4 different palettes for the serie, one for each element (fire, earth, air and water). I still haven't figured out the colors yet but I added more details to the vectors. 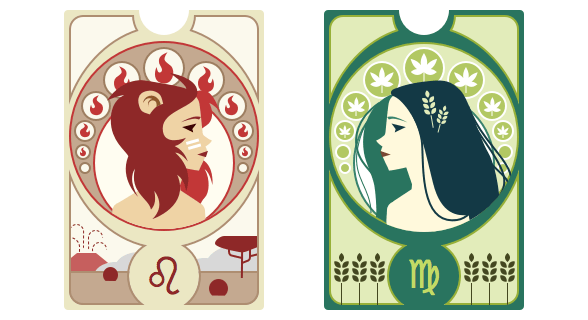 **Version without strokes and additional signs**

I'm quite behind to finish my whole serie but I wanted to post where I was up to.

I still have 4 remaining signs to work on and I need to find a scenery for most of them. Still working on it as I definitely want to finish the project.

Following Dominic's suggestion, I removed the strokes and I think it works way muche better like this.