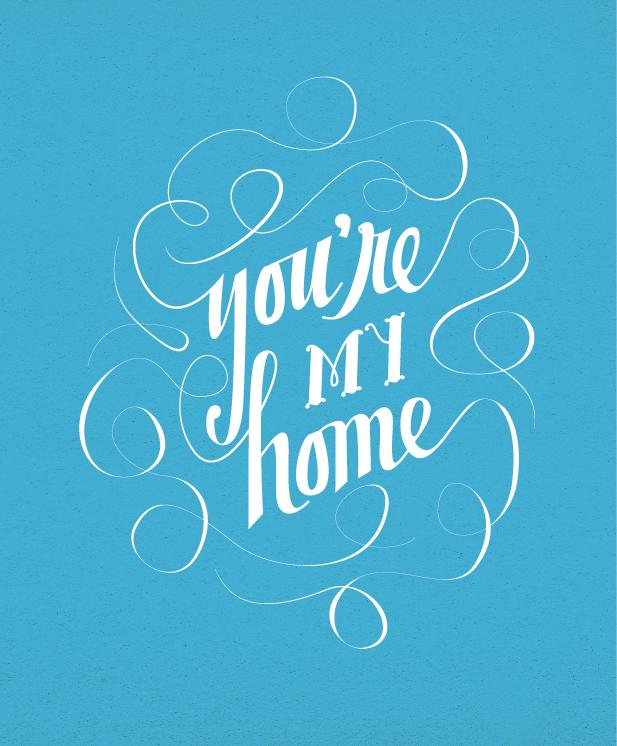 When brainstorming a phrase to letter, I had several ideas that were three words and meant things to my sister or my friends. I finally decided to go with You're My Home. It is the title/main phrase of our first dance song by Billy Joel. It's also special because after we got married, we moved to California from Texas, so everything we knew as home changed.

I started with some curlier versions and then simplified and added some weight. I also sketched with a parallel pen (red) as a way to get some quick line weight. In 5, I played with adding the states in, but decided that looked cheap and limited its appeal. In 6 and 8, I was playing with flourishes more, because although I like 7 the best, I realize it needs more. I also need to figure out how to write my because I think I like it in a different style, but I don't want to draw too much attention to it. 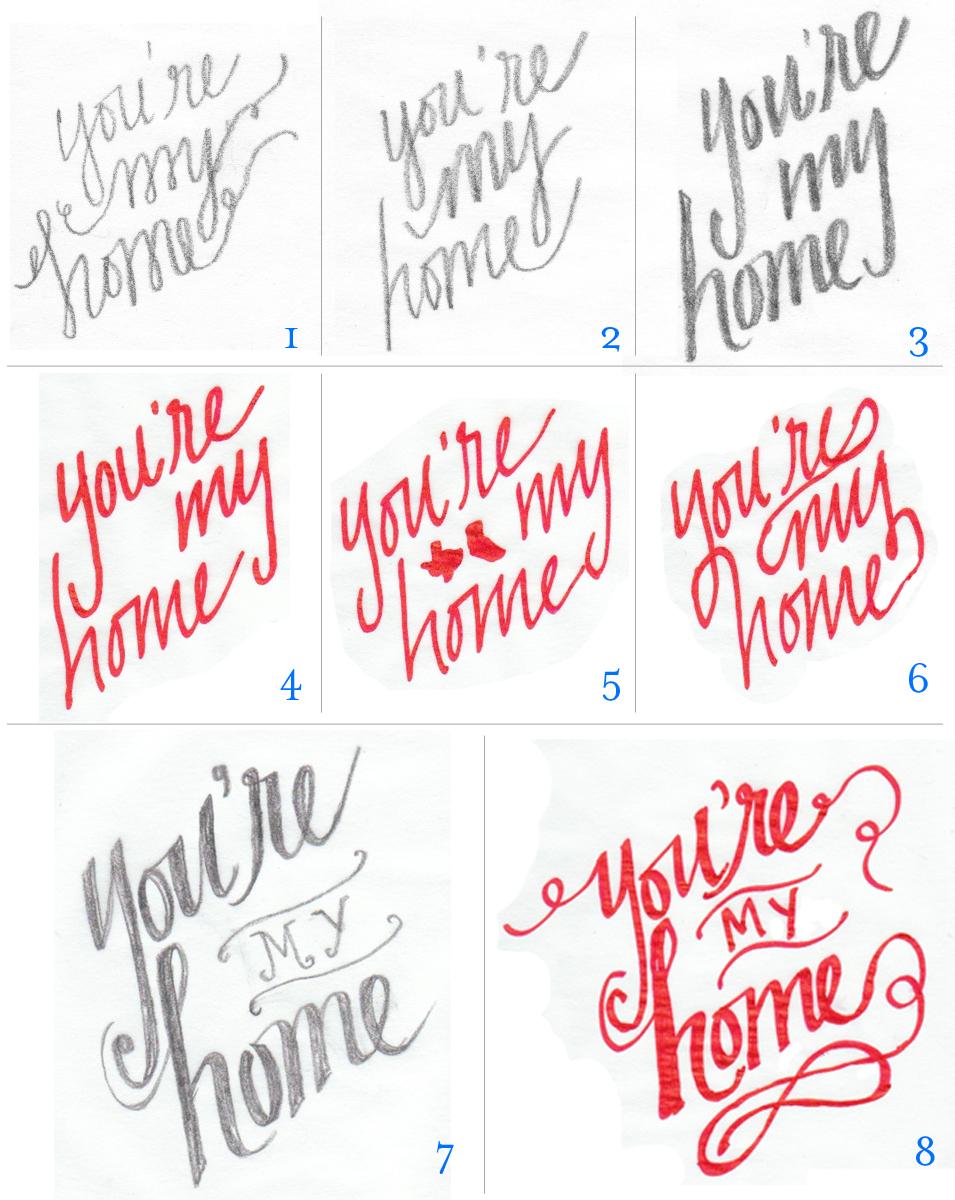 In my next revision, I will combine the flourishes from 8 on to the style from 7 and try to come up with some more solutions for my.

I don't like how this is becoming more vertical and almost seems overworked. The flourishes seem forced and I keep getting drawn back to sketch 3 that is so minimal. 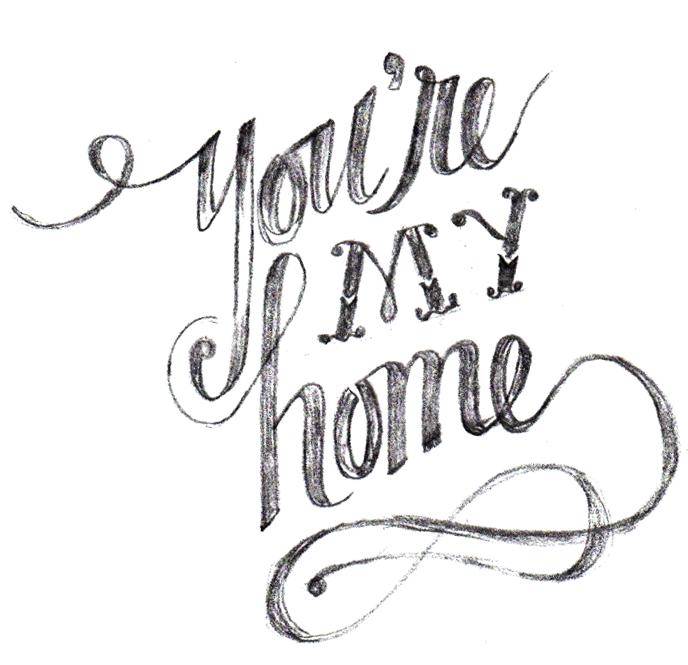