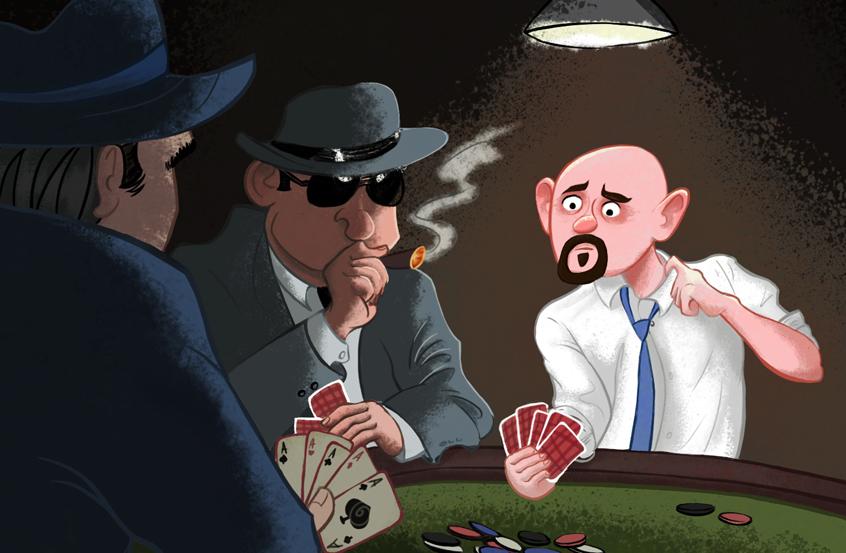 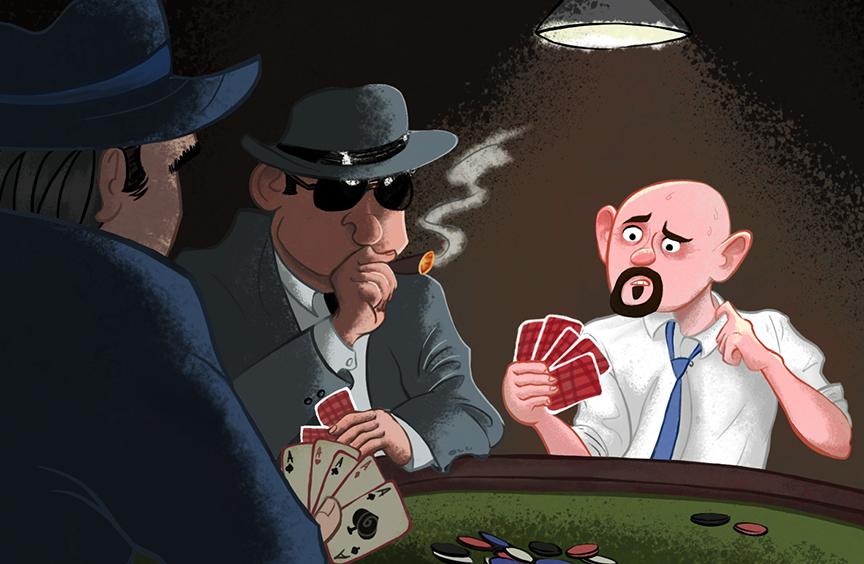 I wanted the focus of this picture to be Mike, the bald guy, and show how uncomfortable and in-over-his-head he felt being in this game with all this shady mobsters.

I tried to draw the viewers eye to Mike by bumping up his contrast and lowering the brightness on the 2 other guys.To establish how Mike feels and how the viewer should feel, Mike's design and pose is made of curved lines and circles to make him more relatable and vulnerable in this scenario. Also, looking at screenspace, Mike is the smallest and lowest in the frame, while the 2 mobsters are larger and tower a bit above him.With the design of the 2 mobsters I wanted them to seem strong and dangerous, so I composed them of box shapes and pointy angles and lines.

Thanks for viewing,
Tony