Your Best is Good Enough 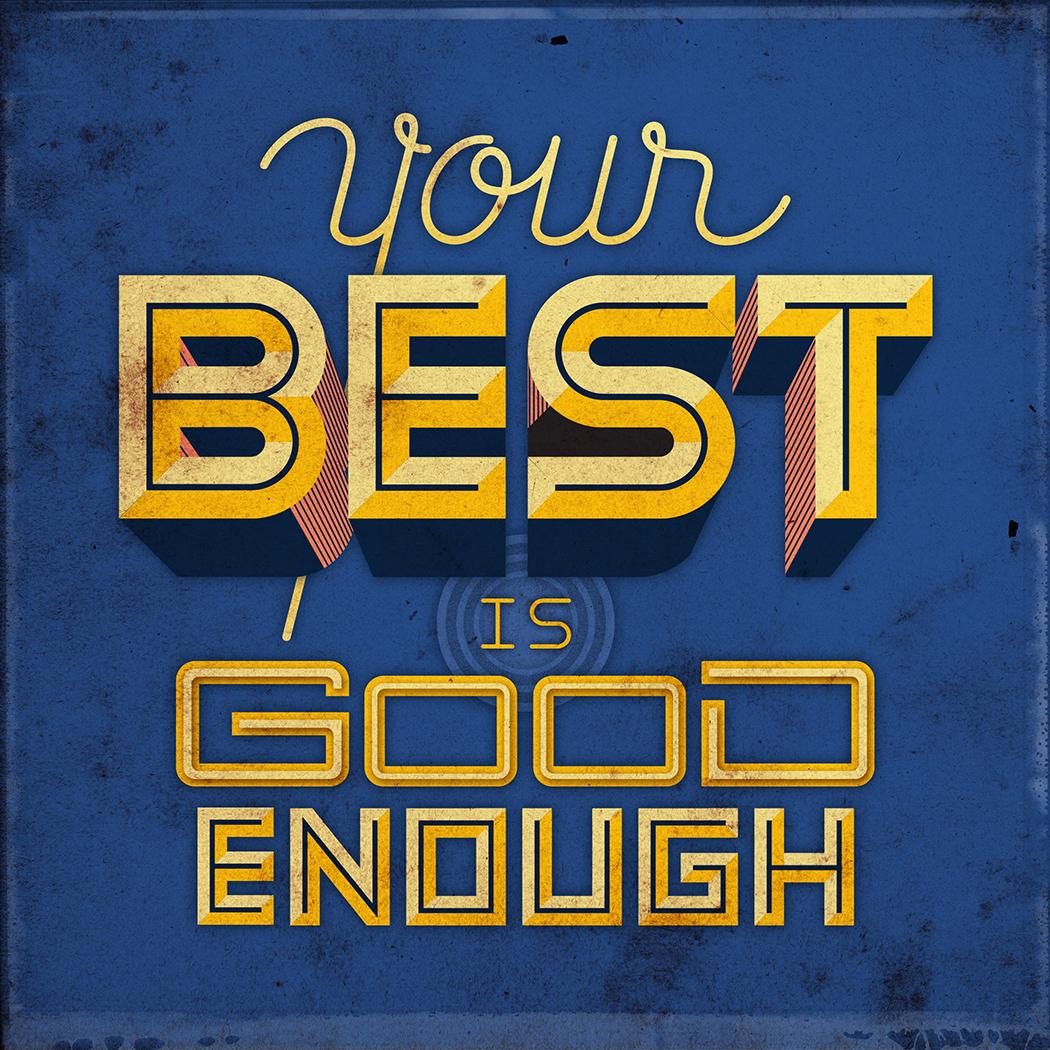 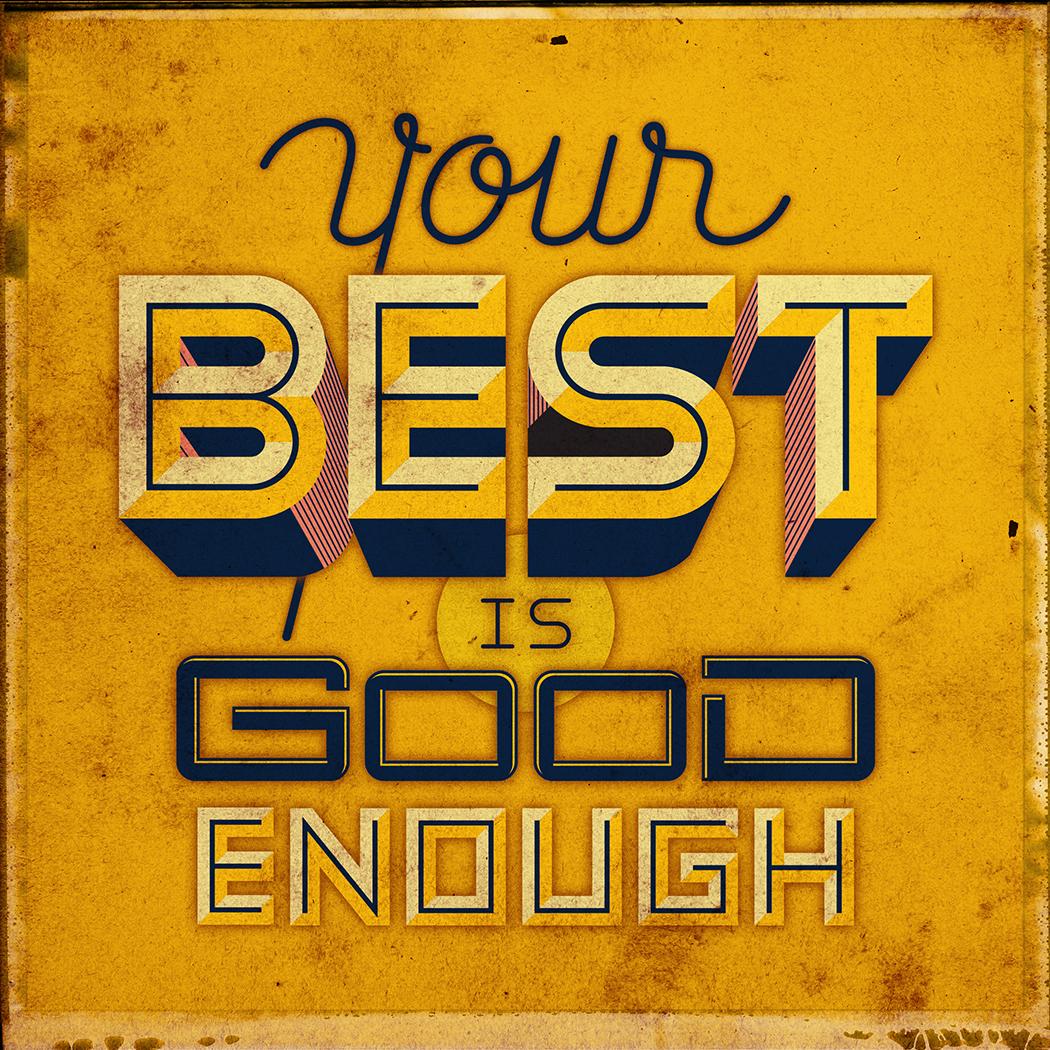 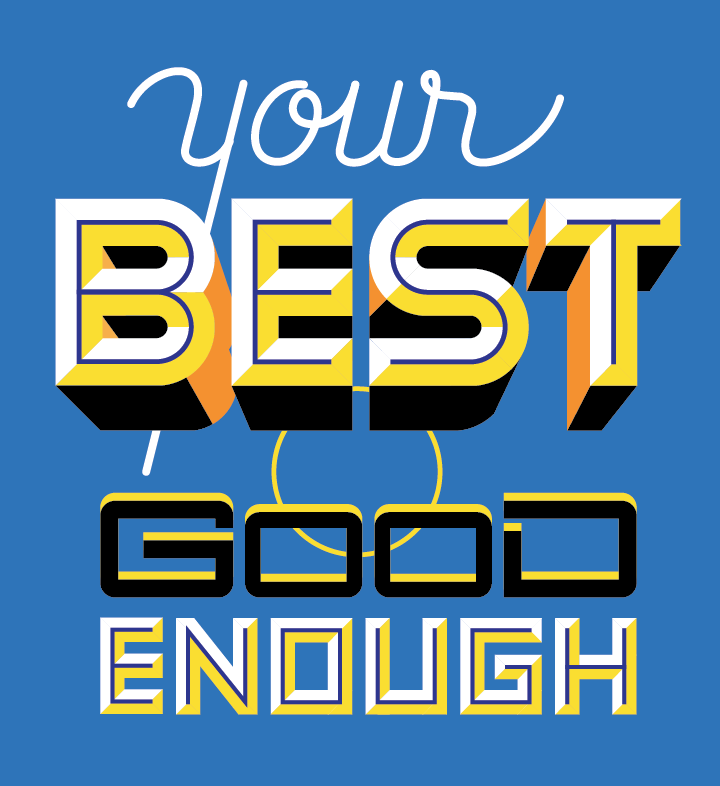 This is how I eventually want the letters to look once I add texture to them: 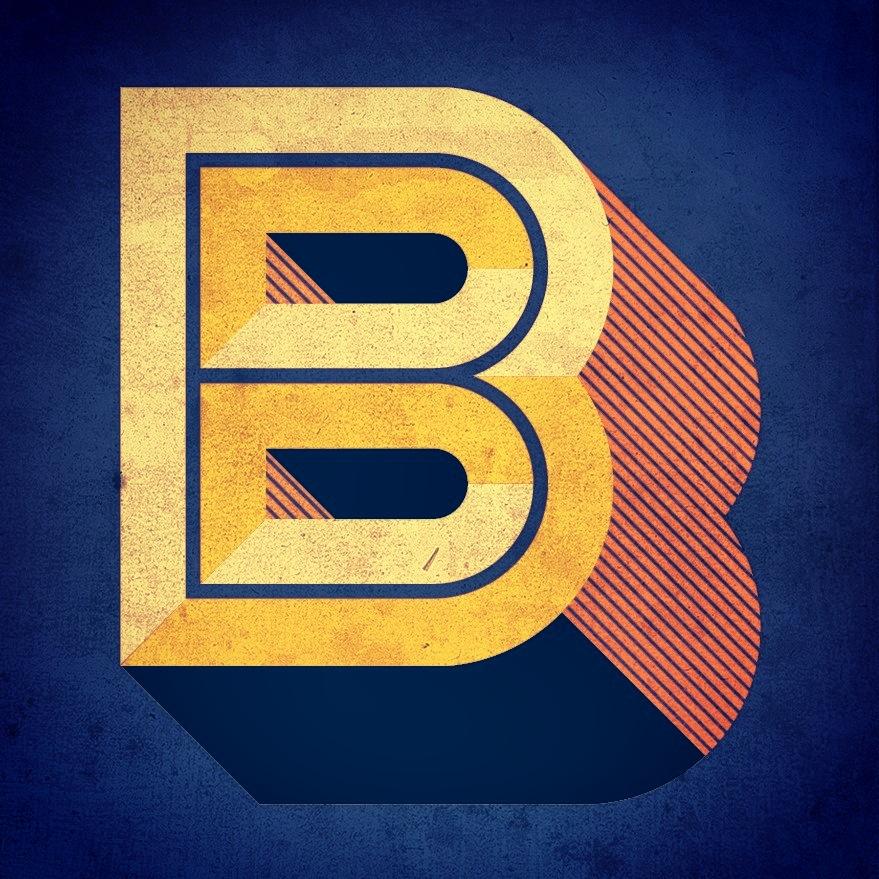 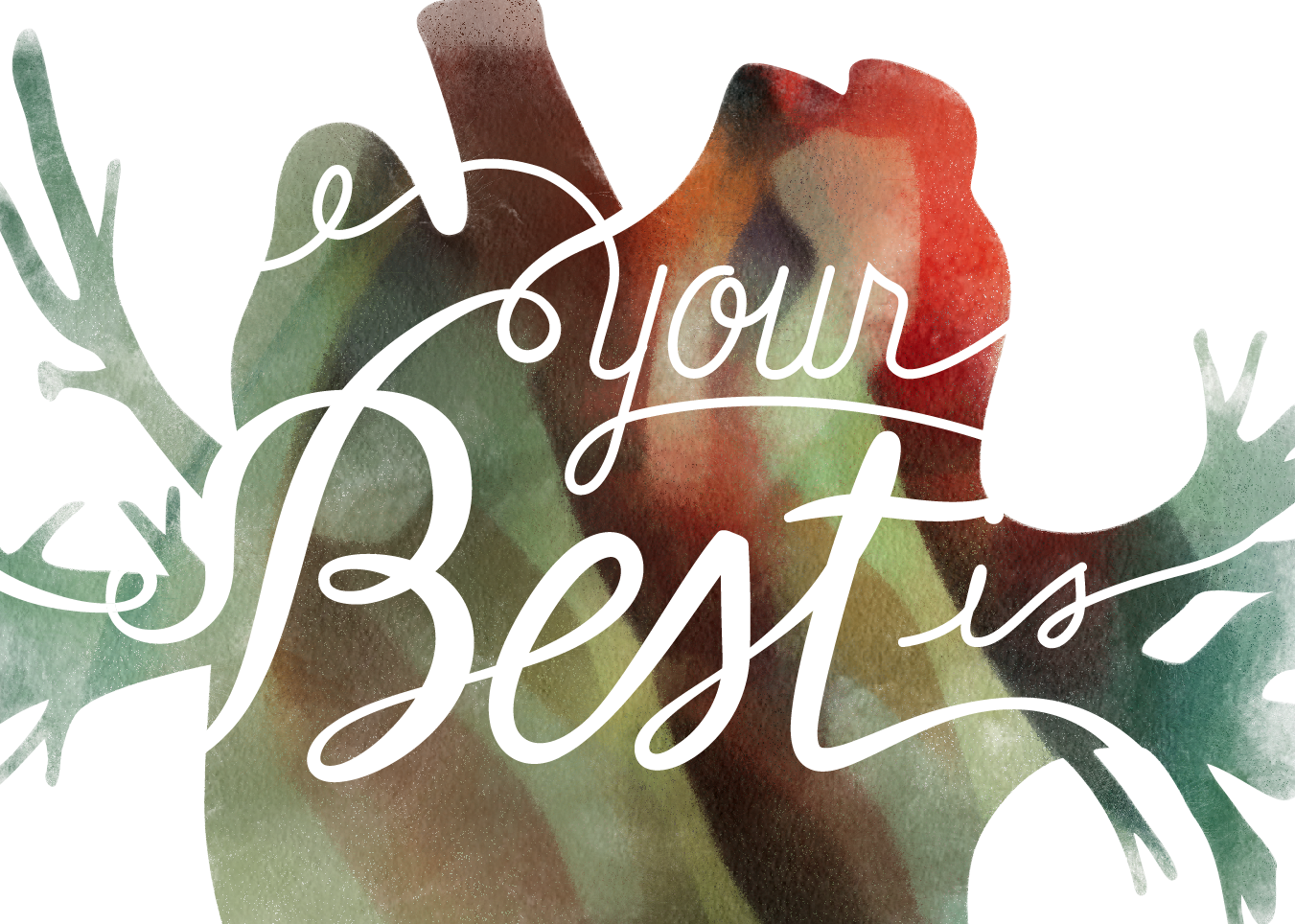 I think I'm going to do both versions because I can't decide. 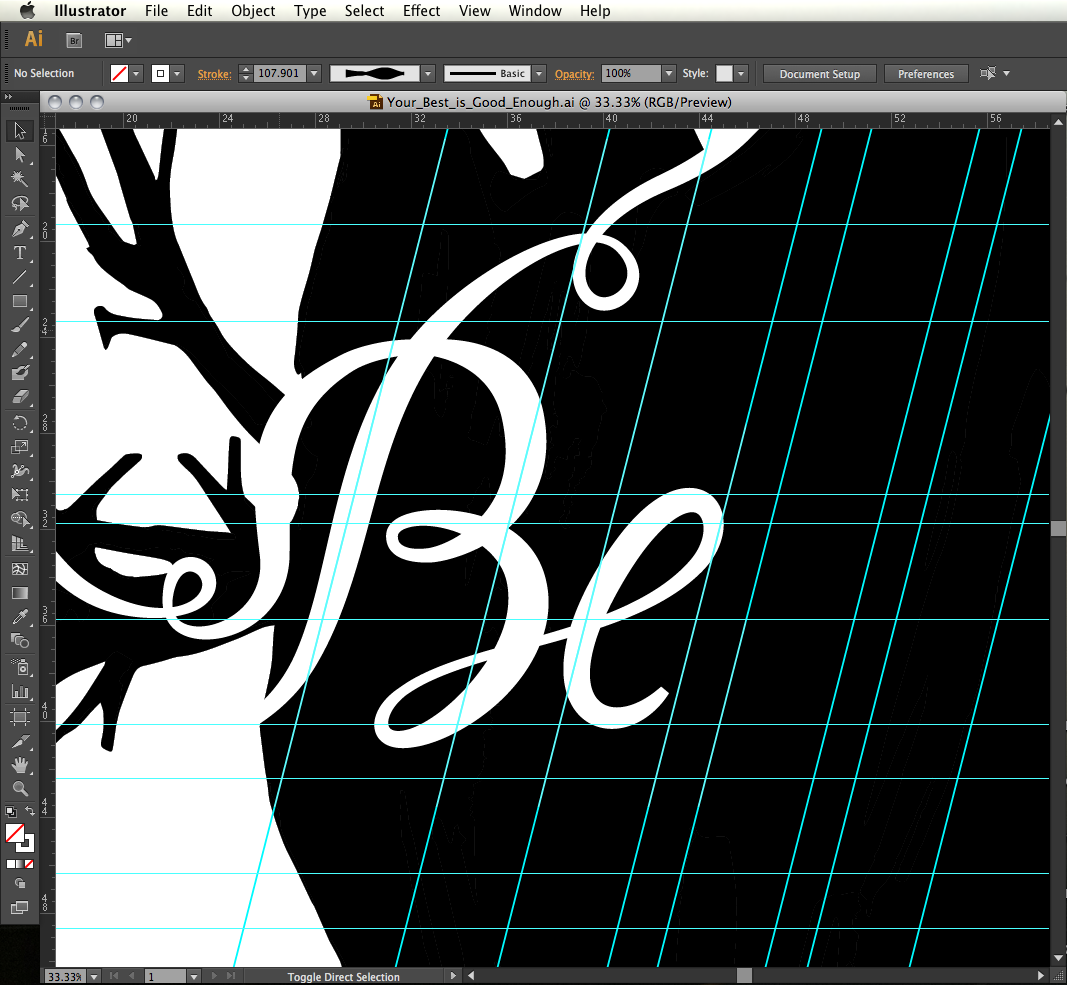 Reworking the type and adding some flourishes to Sketch #4: March 20, 2013 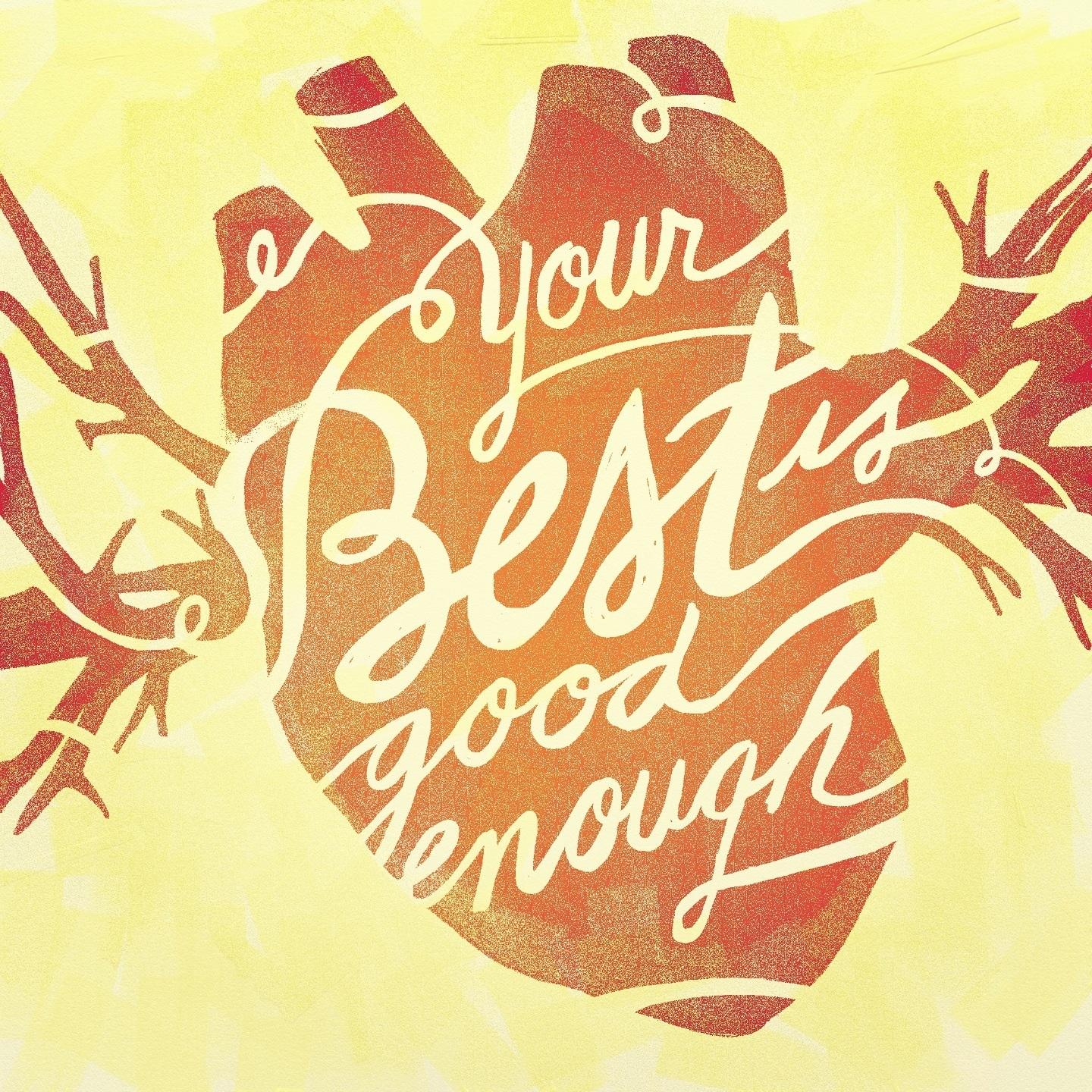 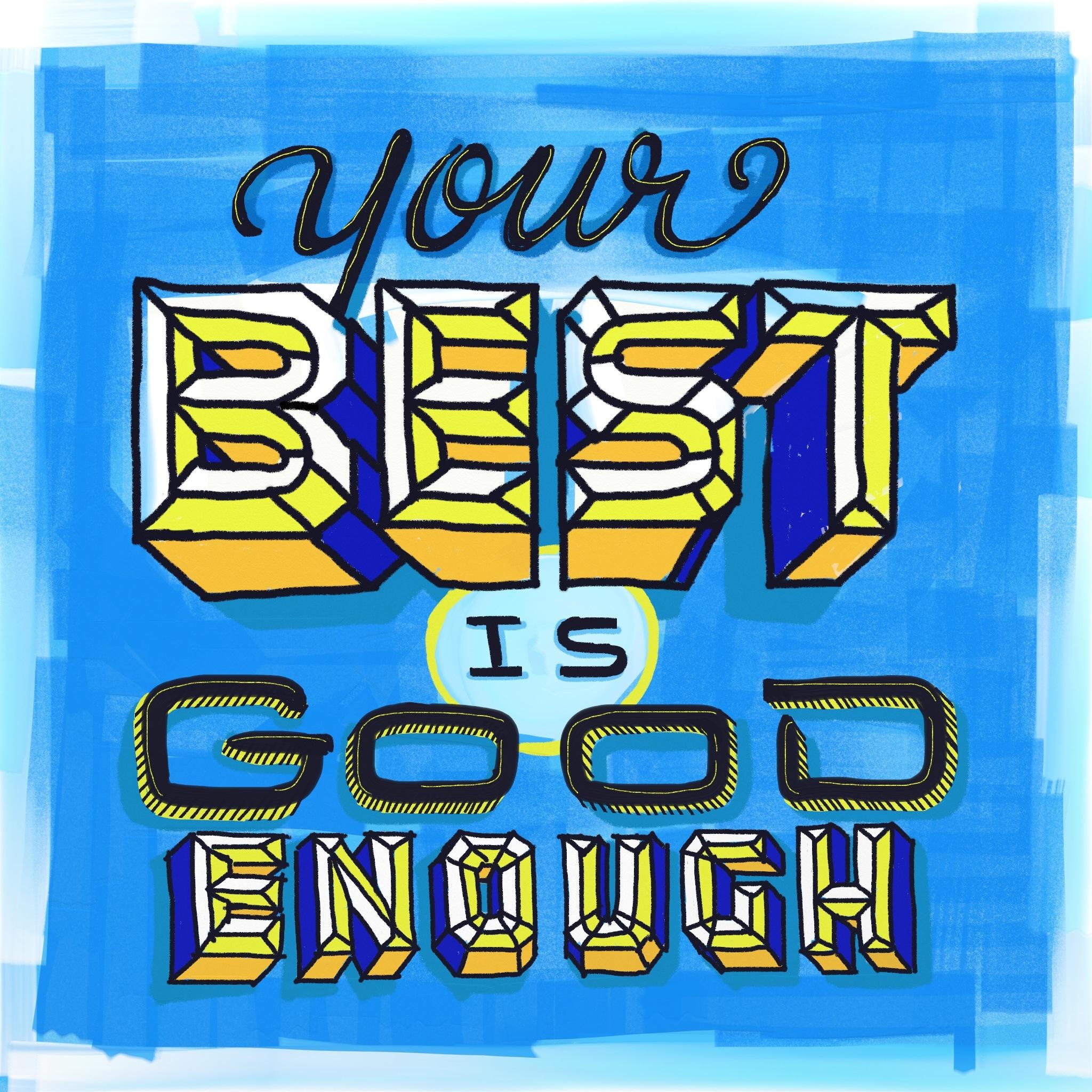 This sketch uses the type from sketch #2: 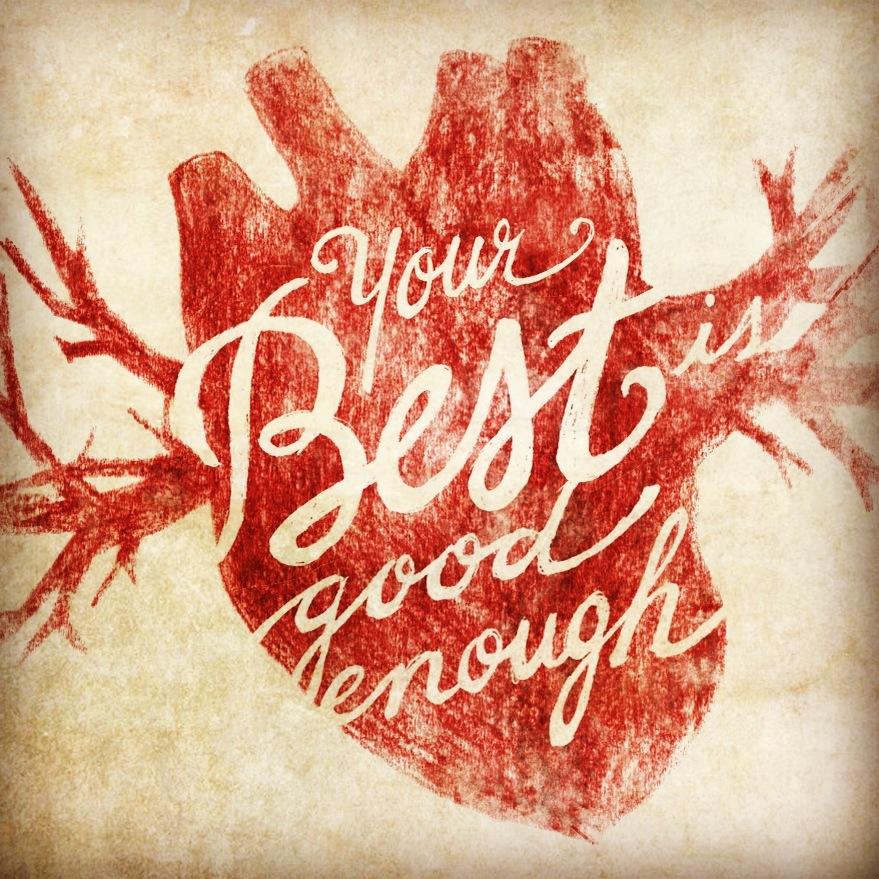 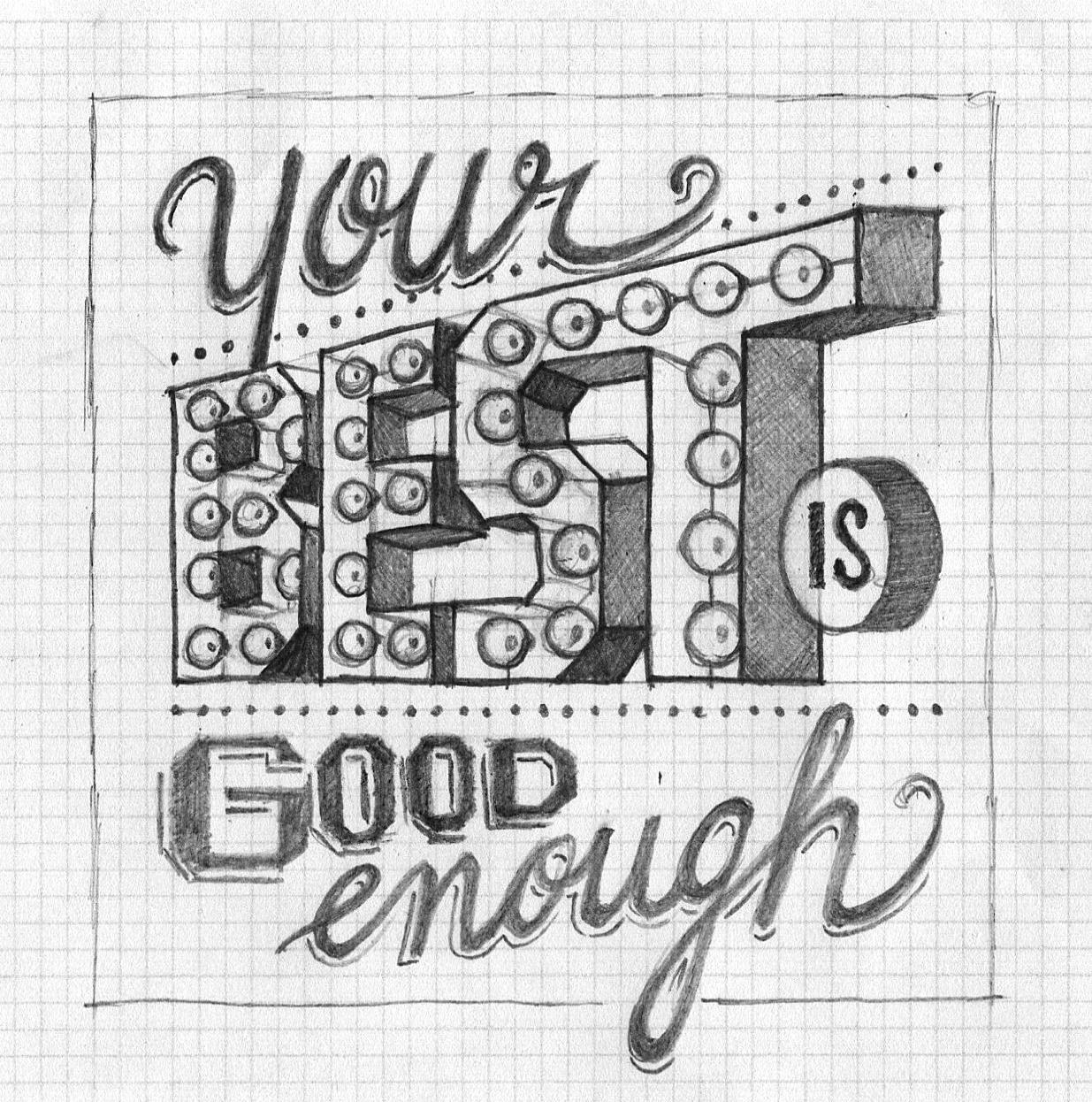 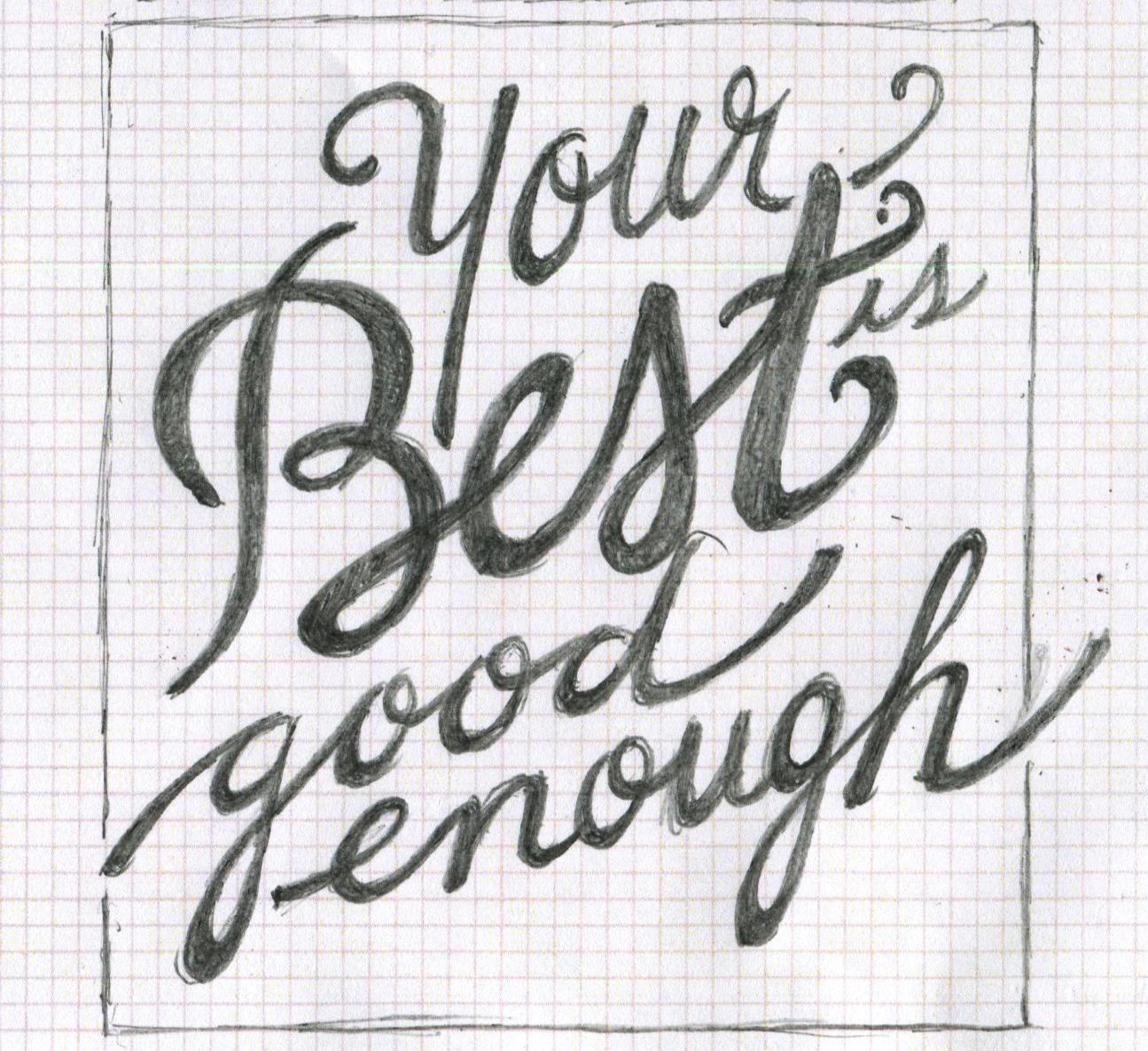 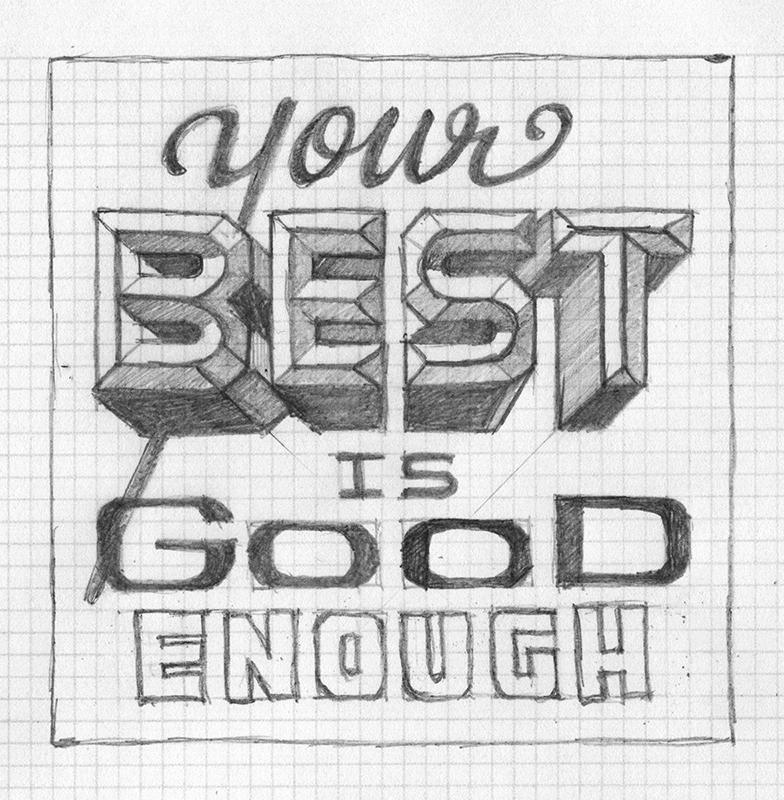 It can be easy to get discouraged. It doesn't matter your age, or experience, or level of talent. Not feeling good enough can become a built-in excuse to do less than your best, and can become a self-fulfilling prophecy.

“Your Best is Good Enough” encourages me to keep on and to keep doing my best. It helps me believe in myself and my work.

I want to believe and I want to encourage those around me to believe in themselves as well.

You can check out my portfolio at:
http://www.andyheckathorne.com/