I will be designing a poster for Young The Giant's show at the Wiltern in L.A. last February. I chose to do a previous gig because they aren't currently on tour, and I had some ideas that really related to the idea of California and being on the West Coast. I haven't actually got my sketches done yet, but I do have 3 ideas that hopefully I can put on paper by tomorrow.

I chose this band as I really love their music, and I also like the style/vibe they give off. They're very indie, and laid-back, and fun, and I want to try and capture this in the poster. 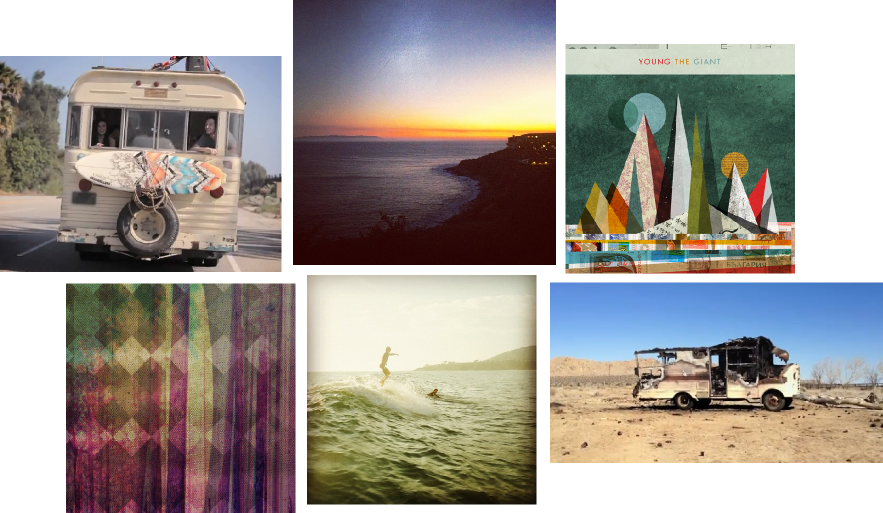 These images give a brief idea of the band's style. Some were pulled from their Instagram feed, and others from the band's music video for their single, "Apartment."

My first idea is directly related to the video, and would involve something like the back of the RV in the top left photo. Young The Giant would be typed out along the surfboard, and I'd probably just have a cliff drop off on the left and show the ocean. This one would be very vector and graphic design like, so a lot of basic shapes and compositions.

This one would be more of a hand-drawn style, kind of like this: 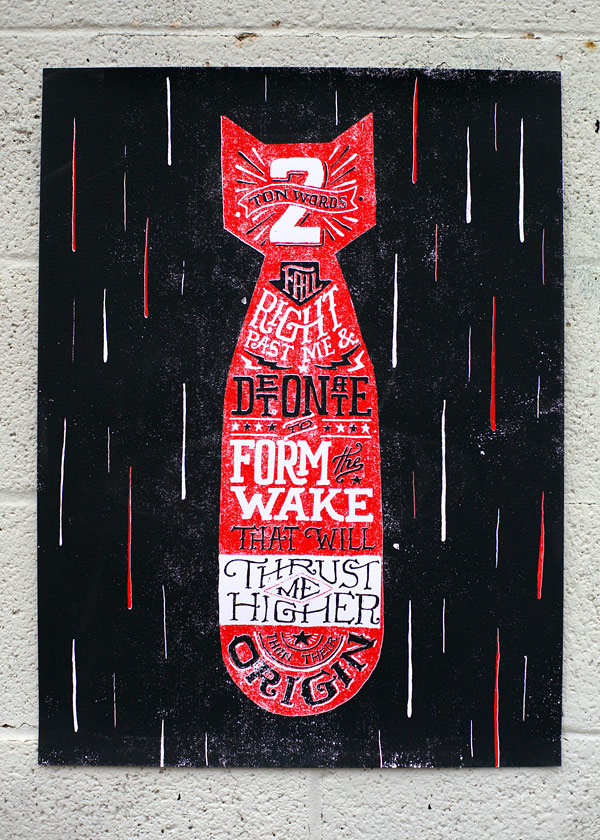 I'm not too sure what the main object would be, but I'm thinking about again trying out a surfboard.

This one would again be very vector, but I may try and mix in some handdrawn type. Something I noticed in the video for them was an old school bathtub in the back of their RV. I thought it might be cool to have the bathtub floating out in the ocean, or lodged in the sand on the beach, or something like that. This idea is probably the furthest from being likely to win out, as I don't really have anything solid down, and it doesn't really hold too much meaning. However, I think it could be a cool idea, and I'll get some sketches going for it.

I can't seem to find the actual poster that was used for the show, but I'll do some more digging.

Thanks for looking guys! If anyone has any preliminary feedback or ideas, please comment. Again, some sketches should be up by tomorrow.

Alright, so here are some brief thumbnail sketches with my three ideas. I'm actually starting to like the bathtub one, but it has the least amount of story behind it. The hand drawn bottom one is really really rough, but I might sketch out a bigger one. Maybe some sublimated palm trees in the back or something instead of the motion lines.

What does everyone think? Which is your favorite? 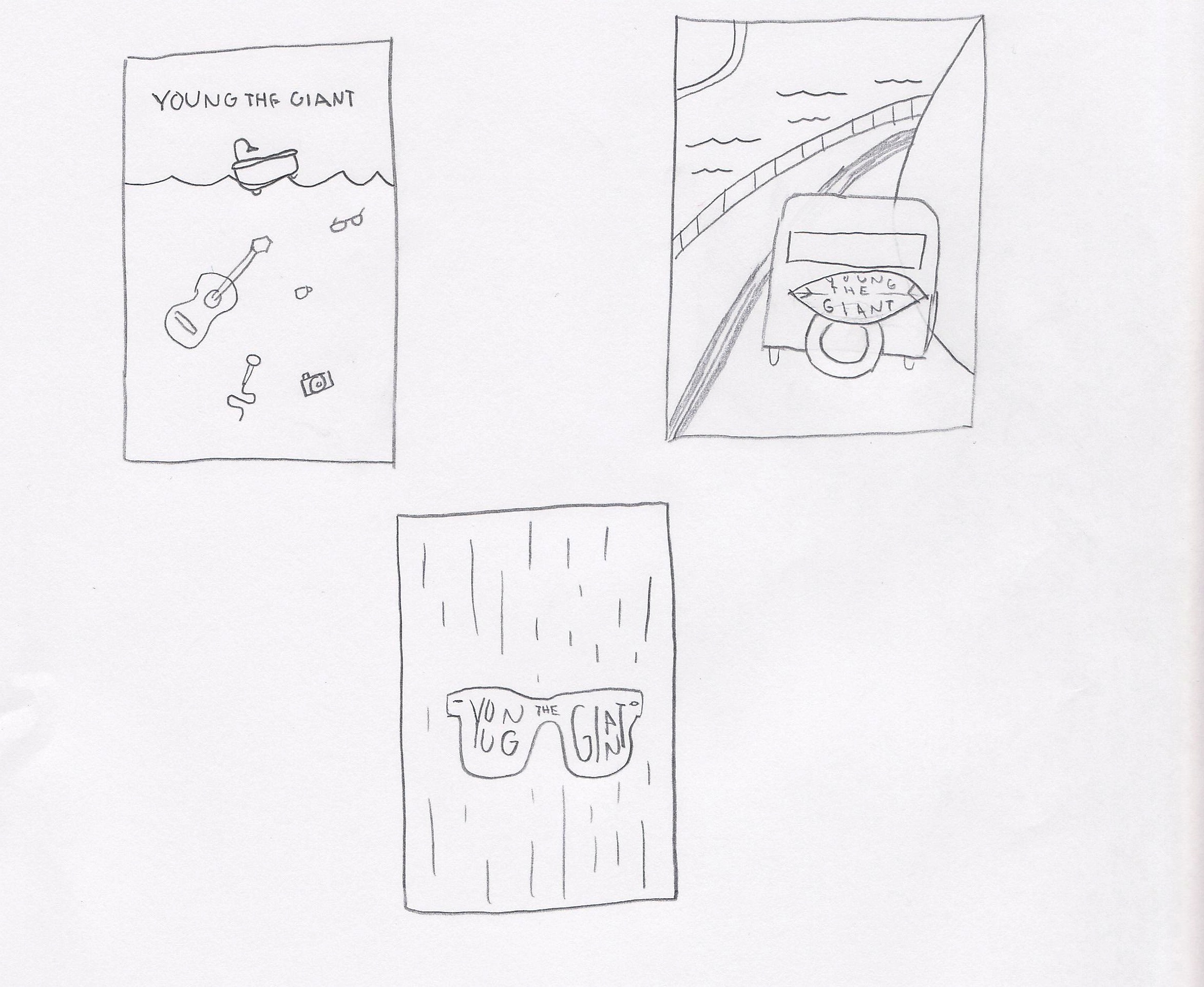 Alright, so I went and got a little carried away with the bathtub poster. Here's the progress so far: 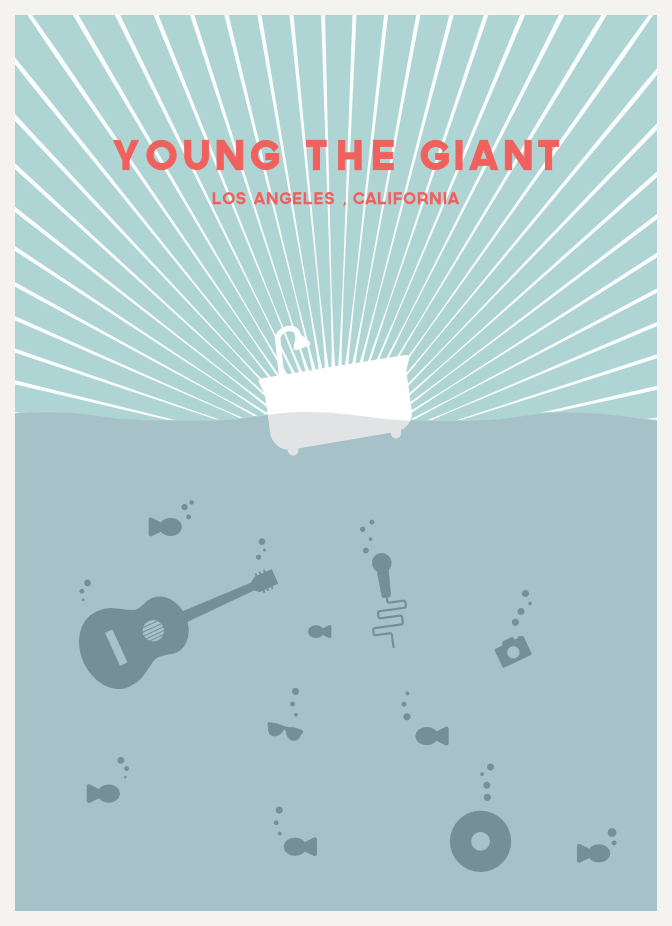 Should I keep pursuing this one, or stop?