I decided for my project to do a song I plan to use for my E.P. I first wrote the hook and then brainstormed on the way I wanted the song to come off to my audience, and would it be something I would listen to or potentially buy. 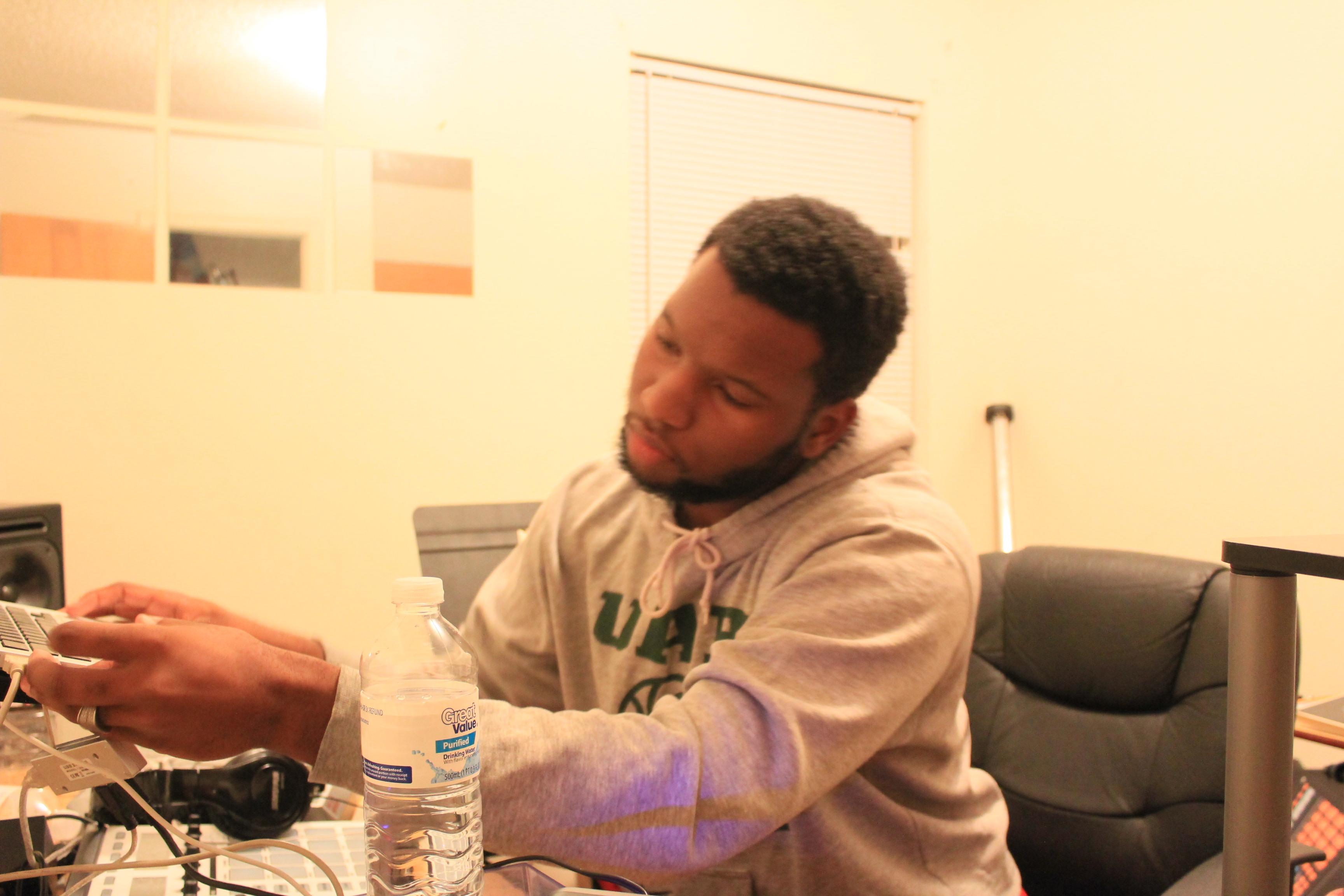 My Journey began in Maschine, I produced the entire track in maschine and even recorded the main sound bite or hook or whatever you want to call it in Maschine! I wanted to go for an A Tribe Called Quest feel for this track and the challenge was to not use a sample for me. I love sampling!

I did very little mixing in Maschine, as I wanted the first draft that I post to be as raw and uneffected as possible, also I find it easier to effect everything in Logic on the back end, for instance, if I didn't like the way the effect was blending in the mix I could I was change it on the spot in Logic as oppose to having to re-open Maschine and re-export the Midi. 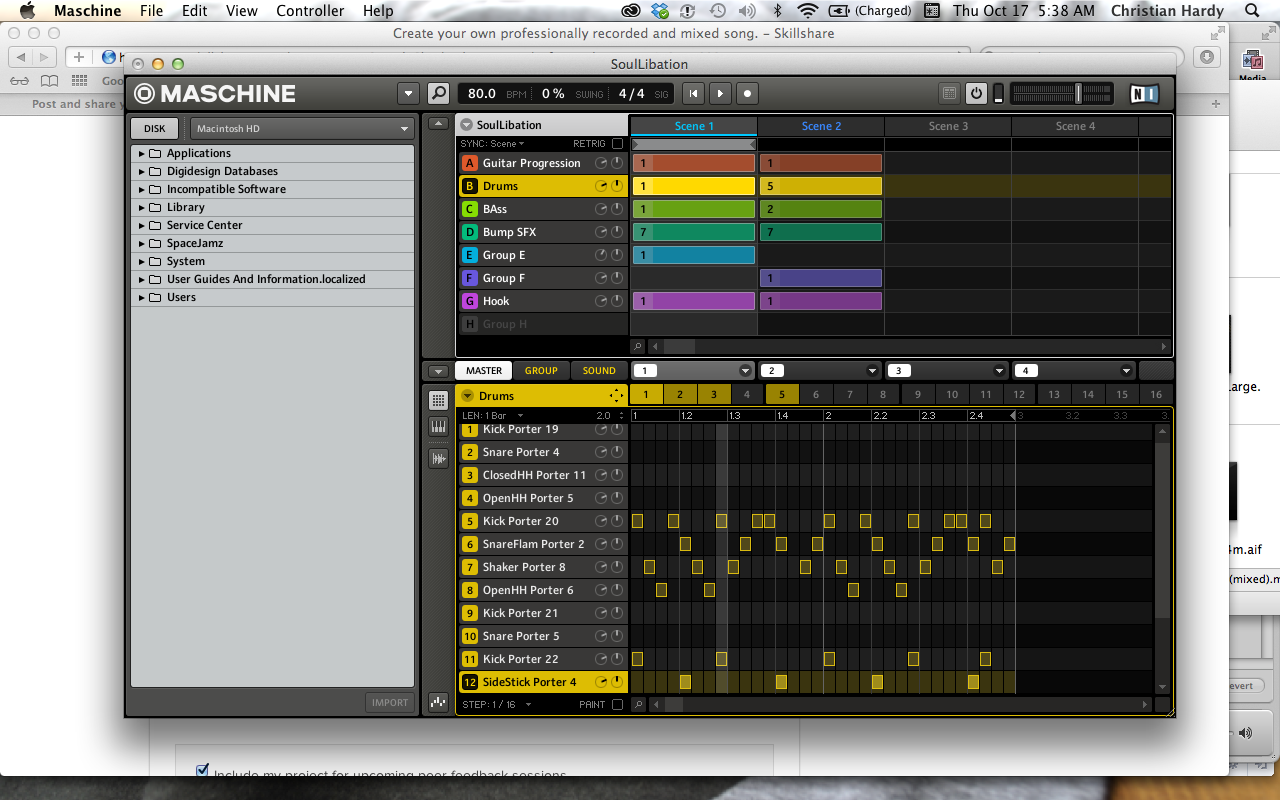 However, after I layed down all the necessary loops in Maschine I began to write the verses and export everything into Logic Pro Studio 9. This is where I recorded my other vocals (verse, extended hook,). FYI I need some new headphones, Guru!

Here is the unmixed version! 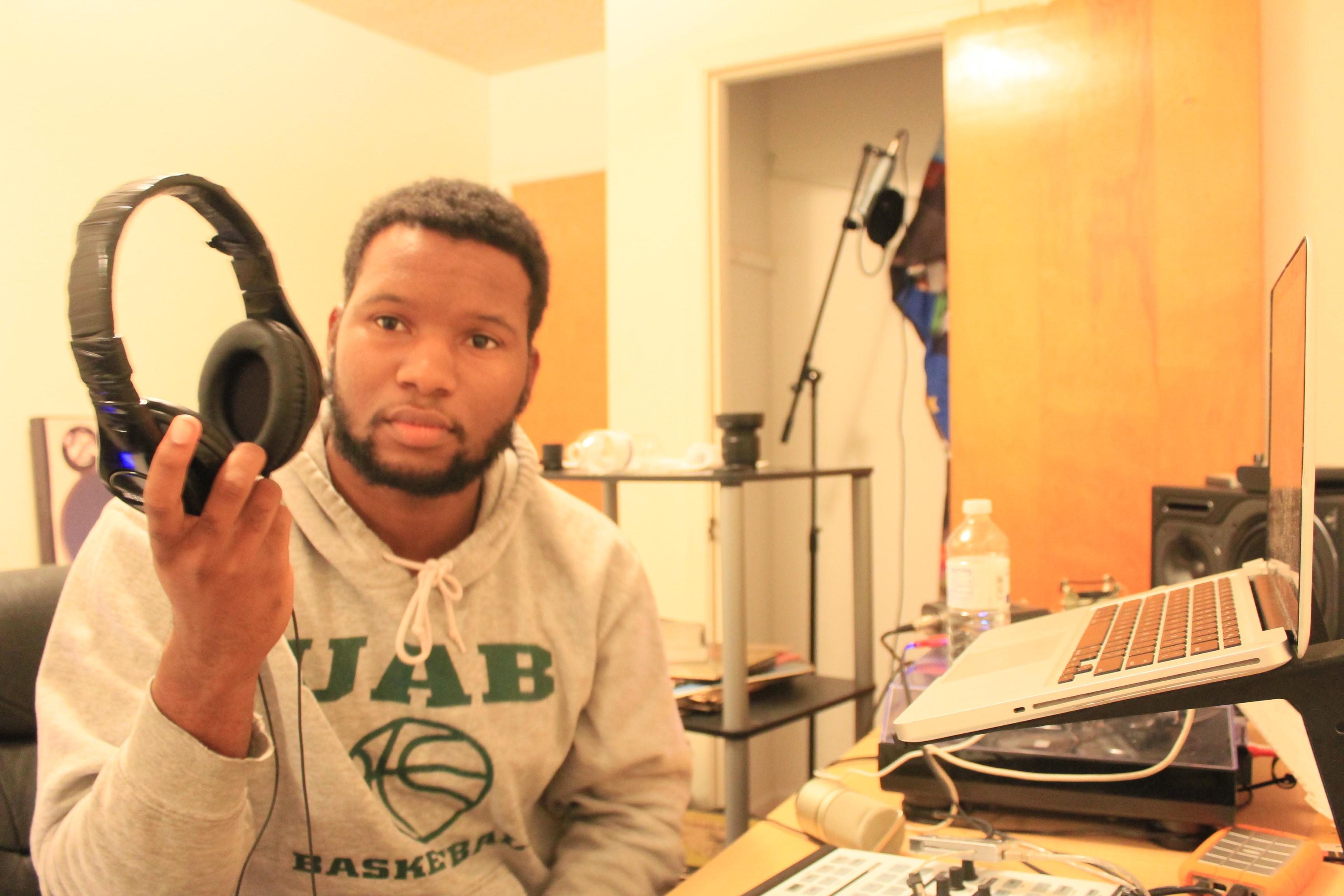 I took Guru's lessons and put them into practice by organizing my tracks by instrument and purpose. I tried to adjust the levels best I could. I have two Behringer truth monitors and those beat up headphones to monitor what I'm doing. Once I'm done with the organizing, and levels I moved on to effects and bussing different tracks where I need them.

I did my effects in a similar order to how they were discussed during the course:

EQ-I analyzed and tried to compensate for the lack of low end by dropping a little of the the mid frequencies and light tasting up the bass.

Compression- was added to the vocals because the levels varied, largely at the beginning of verses or the switching of cadences so a little volume automation and compression was used to achieve a desired effect.

Reverb- was an effect that I bussed the hook vocals and the adlibbed vocals to and I added a stereo delay for texture.

All in I think the mix is pretty good considering the mic, lack of pre-amp or room acoustics. 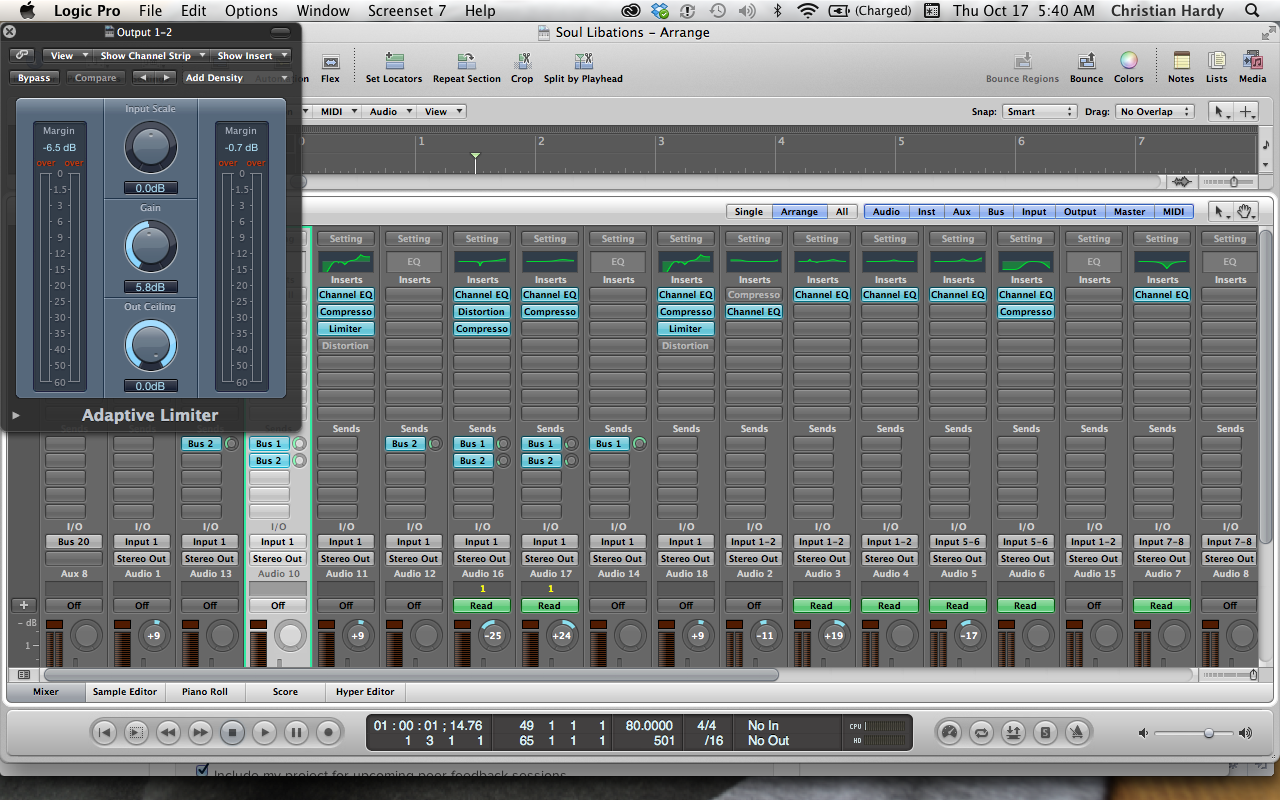 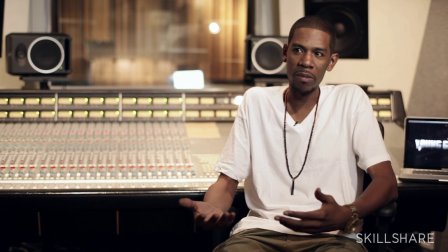 Learn How to Mix Music with Young Guru
Young Guru