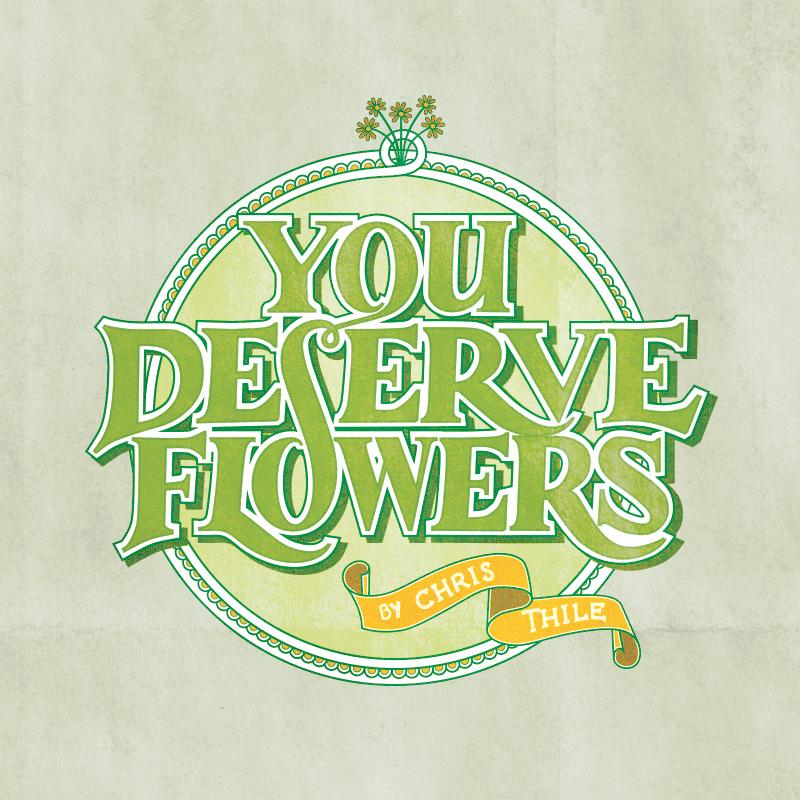 Here's the vector version, without the flourishes or any colour (yet!): 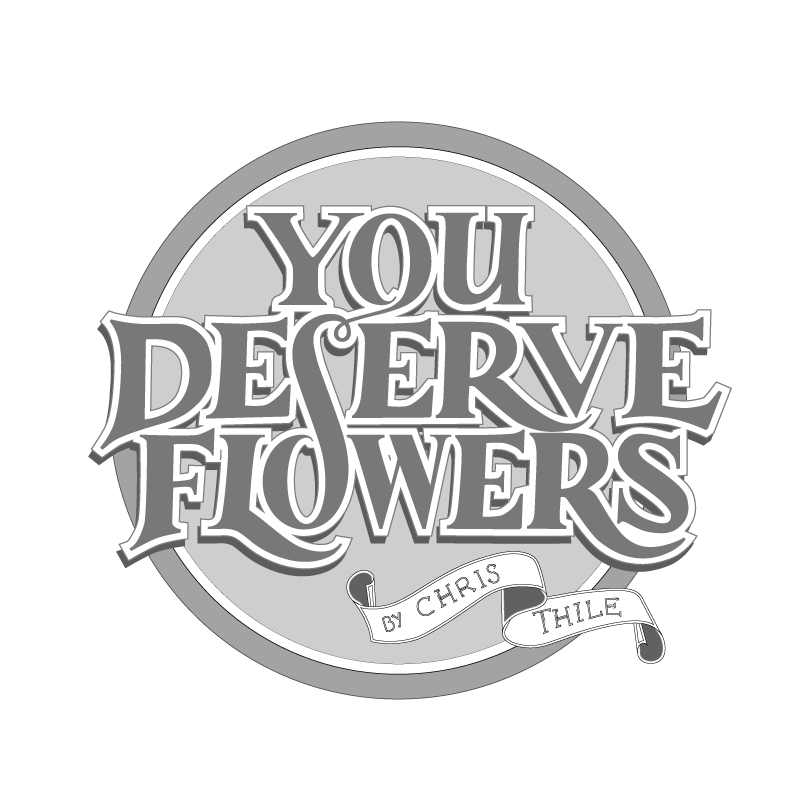 I was really inspired by the work of lettering artist David Smith in the UK, particularly his album cover work. Check him out: http://davidadriansmith.com/ He's incredible.

In hindsight, I think I went overboard with the ornaments but I can scale them back much more easily once I bring this baby into Illustrator (a task which will undoubtedly take ages). 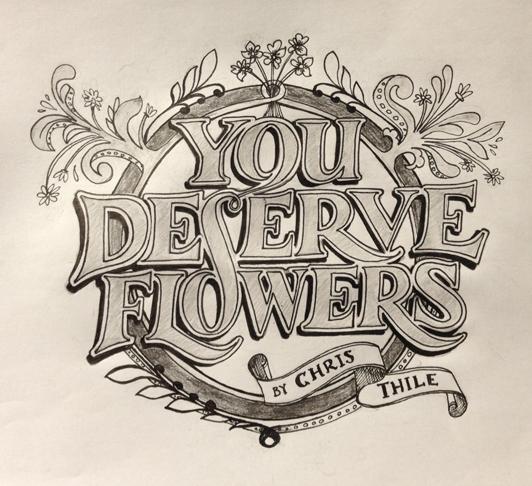 Adding some flourishes, and the name of the songwriter: 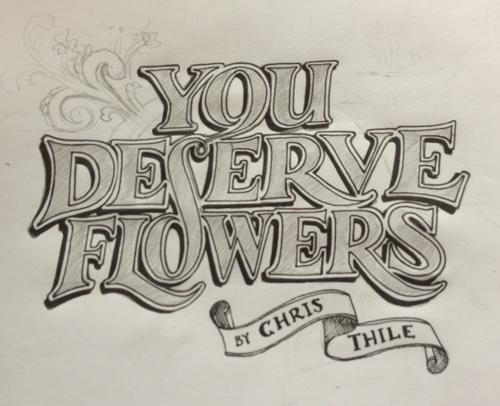 Style change! I started experimenting with other forms of lettering and settled on this one, which I really like. 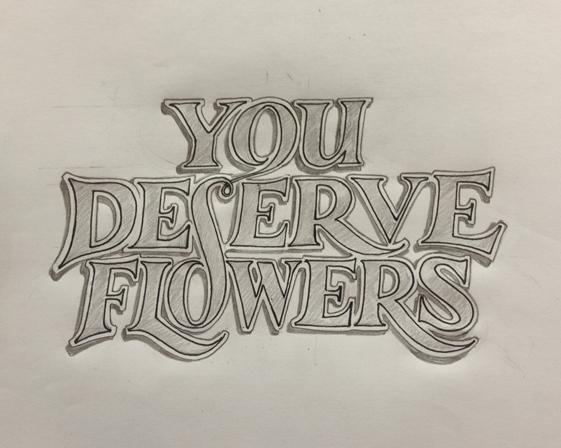 After much deliberation, I chose to draw the song title of one of my favourite songs (You Deserve Flowers by Chris Thile). Given the subject matter, I thought that elegant lettering with some floral ornaments would work best.

I was keen on having the letters weave in and out of each other as much as possible because of the way the song is played (mandolin and cello moving in and out and around each other...just lovely). 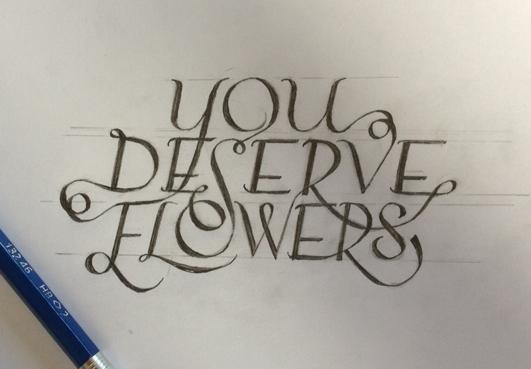 Moving forward from this initial sketch, I wanted it to be tighter and to have more contrast between the weighted parts and the thin parts of each letter. 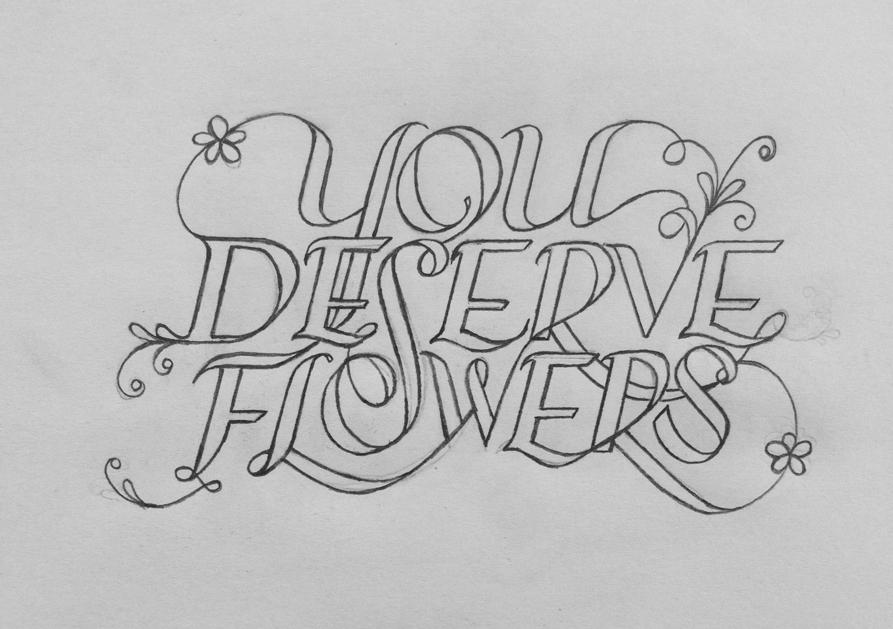 I'm not convinced about the descender of the 'y' in 'you' at all. It gets totally lost and makes things messy with the 'e' and I'm not sure how to fix it. Any thoughts on this or general feedback would be most appreciated!

(It doesn't look like it from the photos, but I definitely used a grid!)