I found this class to be very helpful. I admit I've done some research but maybe not enough thinking and sorting out of all the rules that govern my paranormal story world/s. Thanks for your knowledge, insight and experience in this class.

My world building so far…

My story is set in the human world we know and crosses over into multiple paranormal/fantasy realms through a bric-a-brac shop with objects that create portals which is located on the edge of reality out of a small coastal/hinterland town.

Each scene builds on the paranormal/horror beats and world building hooks from the past one. This allows my story to deepen and broaden with each new discovery my main character makes.

In my story’s world magic does exist. It is connected to energy exchanges, bloodlines and objects used as focal points for manifesting or manipulating.

There are demons in my story and my main character figures out the human world is not the one she thought she knew when a demon bites her after she walks into the town’s run-down-scene-of-a-gruesome-bloody-murder (abandoned/haunted cabin). Having said that she’s always been a bit psychically sensitive.

I think I do a lot of world building in layers as I write and rewrite each section of my story. I do basic settings at the start so I know the big setting and a number of smaller settings then I move on to develop the characters and conflicts, and connect them with the ambience/tone of the story and further develop the setting.

My favourite authors/stories (at the moment) with world building instances I like are:

Five ways I could flesh out and expand my world building:

Here's part of a world building scene I'm working on.

Mr Hubert had lived a quiet life in a wooden house nestled deep in the Australian bush. Once it was kept in pristine condition, now it's old and rotten and hunched over waiting for inquisitive innocents like me to come calling.

“Somethin' unsavoury happened up there in the bush," said the old farmer. "Somethin’ wicked strung his inner bits from beam to floorboard an' when the police found him he was nuffin but blood and entrails hanging like streamers waiting for trick or treaters come knocking.”

I peered at the horizon. The sun was sinking and that familiar feeling from my night terrors crept icy fingers over the nape of my neck.

On nights when the moon doesn't shine, I dream of old Mr Hubert's house. It creaks and groans, and I’ve heard his screams echoing from the door that gapes like a monstrous mouth. Darkness shrouds me and I see a painful, raw and discordant scar cut straight across the heart of the house.

I wake up sweating. The images haunt me. Stay with me in the daylight and I'm spooked from my night terrors. Still I have to figure out what's in that place. I have to answer the call. 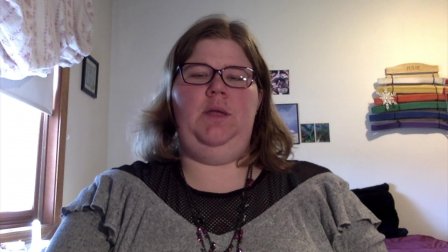