I'm still in the mid-stages of the creative process in finalizing what I want my badges to represent.  This is a common issue for me, having too much in mind to zero in on something and set aside everything else till afterward:/

After dedicating between 5-10 minutes to make a 'mind-map', this was the result: 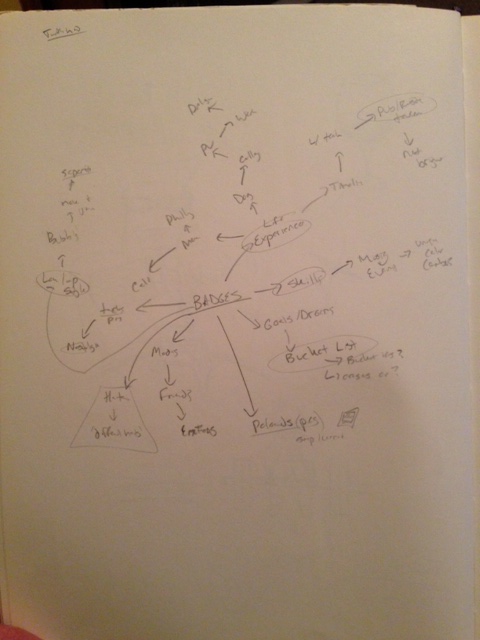 The theme of 'badging' my subjectively important life experiences was one that kept sticking out, as well as 'skill' of mine that I'd like to set on my webpage for future work.  The 'bucket-list' idea was also one that I'd like to eventually 'badge'.  As I turned to the next page, I drew up a few ideas for the badges (polaroid like outlines, hats (to show past roles I have held, or 'hats' I have worn in my life), buckets for my bucket list, and then also odd shapes that are similar to those formed in a lava lamp, since I had the idea of the badges floating around in a sort of lava lamp and the outside structure mutating  around (rough idea).

I have some skills and experiences that I quickly drew up.  I had to step away from the sketchpad to take care of some other things at my house, but I plan on progressing later tonight or tomorrow at some point. 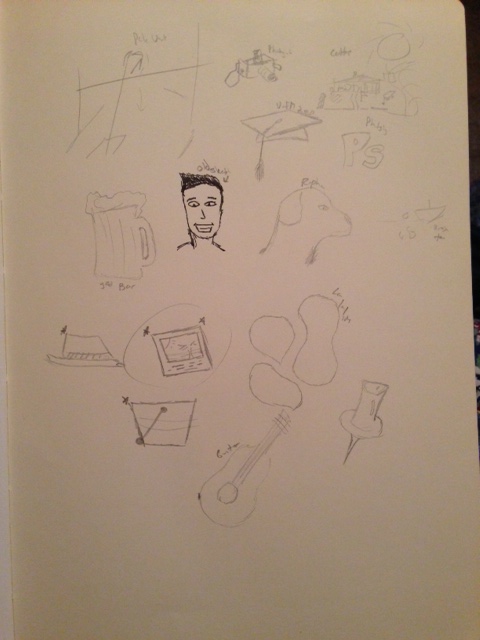