First off, it'll be hard to do this justice within the confines of a Skillshare class, but I suppose the important thing is internalising some of the wisdom shared by the instructors.

This project will start off as incoherent note-taking and slowly evolve into something more presentable, at which point I'll clean up the older rabble. Apologies for the mess if you're looking at the early work.

- British-American owned, but most operations seem to be around the Americas. Perhaps that's something they plan to change with their 2016 Carnival Vista appearing to be Europe-based most of the year?

- On at least one occasion, they've built the largest ship in the world (Destiny, 1996), suggesting a certain amount of ambition

- Had a bit of bad press concerning underpaying staff—rebrand might be a good time to address those concerns?

- It's a fairly broad group, but let's focus on early 20's to early 30's. They are craving experience. They are just coming of age, stepping out into the world, making their own money, making their own choices. They are (or they think they are) reaching the limits of what their parents can teach them about this brave new world. They are pioneers.

- We can be a pretty fickle, superficial, apparently vain bunch, seemingly valuing instant gratification and social media validation over lasting, genuine connection or creating things of less temporary value. One thing we certainly appreciate is travel. To the point of overglorification sometimes, but still, we understand its value.

- As ridiculous as some of the hashtagging can get, it's clear we're plugged in to our world in a way that we weren't pre-internet. We're learning to be collaborators in the stories told by our media, not just passive consumers. It's important to create conversation and community, not just "messaging".

- We don't have the luxuries of the Jet-Set Era. Our generation is also more aware of wasteful excess, more critical of ostentatious wealth etc. An "austere" cruise (there's an oxymoron) could actually be positioned as an incredibly positive thing.

- We're a heavily "Pinterested" generation—we have all these expertly curated notions of what life could be, and I think we romanticise more than our predecessors.

- I'd wager the majority of us have not been on a cruise, and see it as something a bit out of our reach. Again, bringing the fantasy of stylish travel down to earth could really work here, and appeal to "non-cruisers", leaving the other Carnival properties to fight for market share.

(notes taken from brief conversations with "milennials who cruise")

- Variety: Instead of spending your entire holiday in one spot, a cruise lets you sample a few places, almost like a box of chocolates. For a certain type of traveller, this has a lot of appeal. Basically, "more bang for your buck".

- Access/Opportunity: Similar to above, if you decide to cruise in a region you might not revisit soon, you can hit more places. Compare with the idea of North Americans on a "Euro Trip".

- Bonding: People go with their families or small groups of friends (or even—gasp—coworkers), and get to spend quality time together. They also tend to meet people on the actual cruise, which ties into...

- Social Security: There's a sort of vetting process to a cruise, similar to backpacking/hostelling. You know you will meet like-minded people, and that you will always have responsible, trustworthy staff taking care of you. This is especially relevant to the people who want to explore but are a bit risk-averse.

- On-boat Activities: A large part of a cruise is spent... cruising. Wining and dining, participating in activities, playing cards and listening to that talented singer who will surely get a record deal one day. I think this is the one that takes a cruise away from pure "travel" and turns it into its own experience.

According to Cruise Critic, Carnival Cruises is the best budget cruise, and has broad appeal. Norwegian, Celebrity and Royal Caribbean might have a leg up in terms of milennial appeal, but that's not to say they're doing anything significantly better than Carnival.

Looking at cruiseline.com's reviews, Carnival is known for loud colours and volumes, lots of entertainment, plenty of kid-friendly options... and sadly, engine problems.

Skimming the reviews voted most helpful of the Carnival Sensation (filtered to try and get a mostly milennial crowd), it seems everyone loves the staff and crew. I would lean on that a bit. There's a bit less enthusiasm about the food and general upkeep, and there seem to be a lot of kid-friendly options. I would maybe look at whether they could redistribute their resources to make the whole experience a bit "fresher", and provide more quiet spaces. The trade-off would be a bit less variety for kids, but still some options.

We know the company are ambitious. We know this line is about great service, fun and activities. We know milennials value authenticity, romanticise new experiences, and appreciate value.

I don't think the idea of "the Fun Ships" is far off—I'd like to see something like Carnival Friend Ships (or to sound even more "2.0", FriendShips). You could tie this into the idea of shared adventure... "where will your FriendShips take you next?"

Looking at their fleet, maybe a name like Carnival Pioneer or Carnival Adventurer would be more in line...

(http://www.friendshipcruises.nl/ already exists, and you can find a few references to Pioneer or Adventurer floating around...)

“There are good ships and there are wood ships,
the ships that sail the sea…
But the best ships are friendships
and may they always be.” 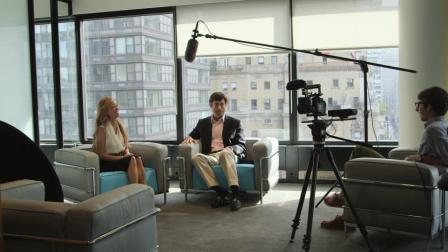