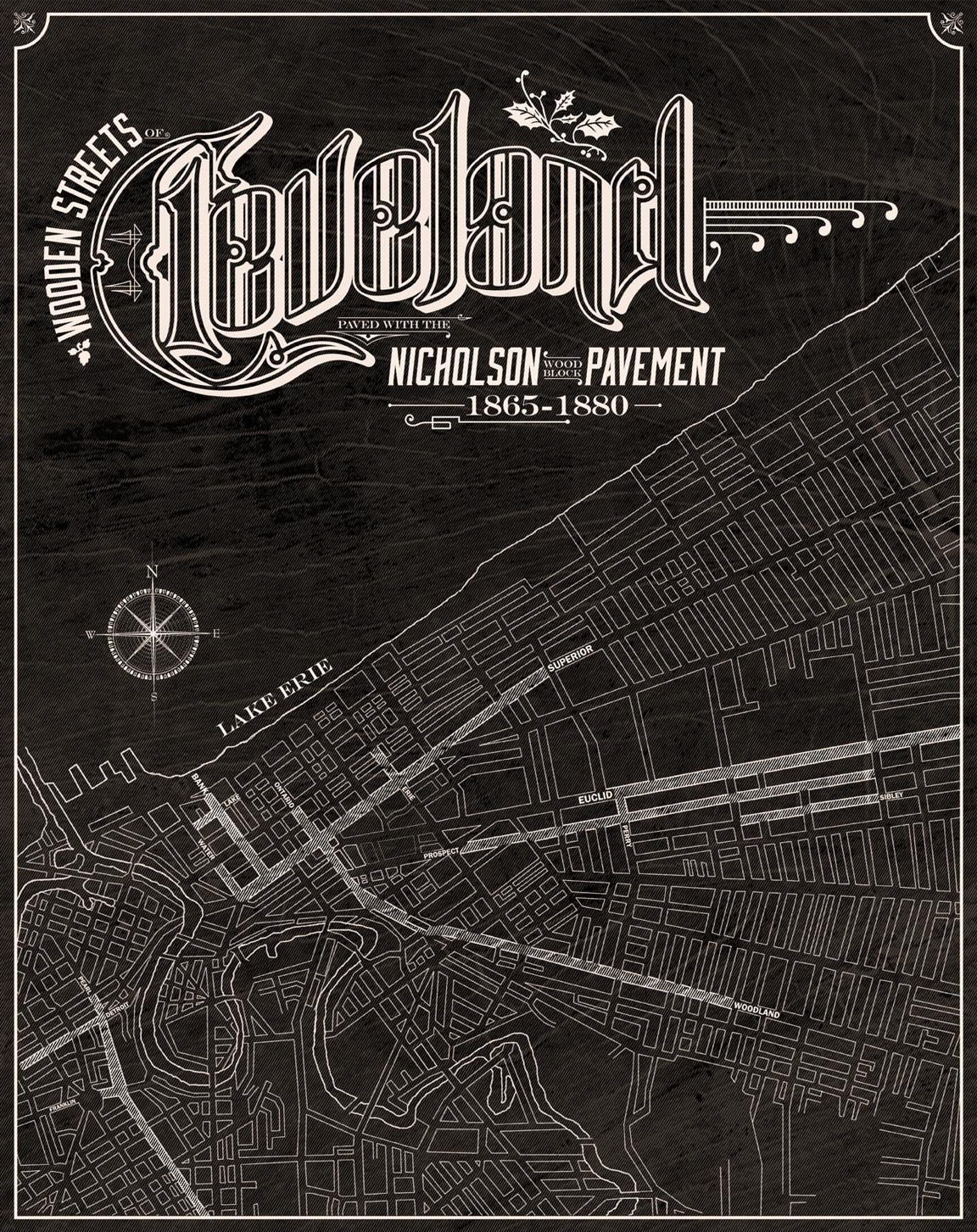 So it only took me most of the year, but here's the final project. 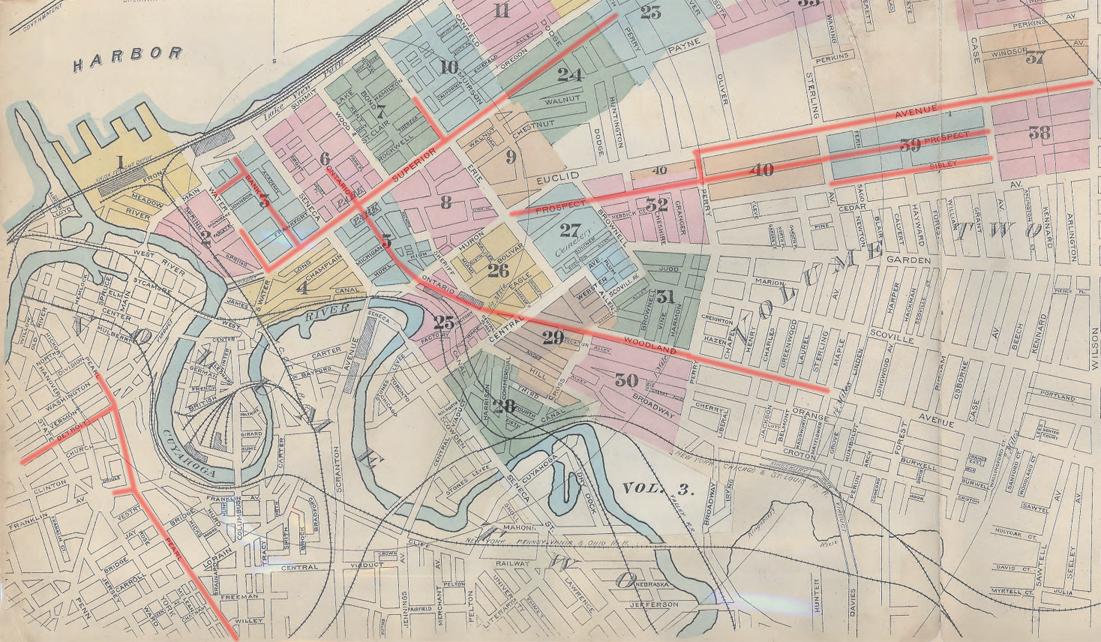 No I haven't given up on this one.

To bring you up to date, getting access to the Cleveland Plain Dealer archives was little more complicated than I thought. I had to get a library card, simple, but since I didn't put my phone number down on it, I couldn't access the online database, took some calling to straighten that out.

Outlined in red on the map are the roads I can confirm were paved with Nicholson wood block pavement. While I am using this Sandborn map from 1886, the work here represents paving up to 1870. What I'm doing is searching for articles in the paper archives about Nicholson paving then attempting to correlate them with the map. By 1886, some of the street names had already changed entirely or continuing sections had been given a unified name (Kinsman and Woodland merging to become just Woodland). I've been using earlier maps from 1835 and 1850 to correlate street names and location. 1870 marks the general end of widespread use of Nicholson pavement, but in Cleveland continued at some level until 1880.

This is a representation of my final. Preliminary research around what the city looked like in the day has revolved around looking at old insurance maps, all of which have a particular style.

My plans for a final map are going to be illustrating in this style. I am going to do as much handwork as I can, including hand lettering the legend and map titles then likely composite together digitally and apply some texture, perhaps some faux aging. Even though this is the final, I'm really just beginning to get moving on this project.

This is going to run past the allotted class time for sure.

I'm in contact with the Special Collections librarian at Case Western Reserve. He did some reasearch for this thesis that pointed down some avenues for research, but that is what is going to take -- an amount of original research on my part.

The first thing I'm going to do, because I do can do it online, is view Cleveland Plain Dealer archives. Right after the Civil War was the boom time for Nicholson wooden paving in the city. He found 159 articles referencing that type of street, but I need to set aside a day to go through them as I have to pay to access the archives.

He has a lot of other references for me to dig into after that. So on one hand I'm excited about this. I minored in history and haven't done anything like this since school. It's also really rad that someone is interested enough in what I want to do to help out. On the other hand I have a bunch of things to do before I can actually start drawing a map...

Still doing research. I have a plan on what I want to do for the final, but the idea is going to be labor intensive and likely run over the set time for the class. 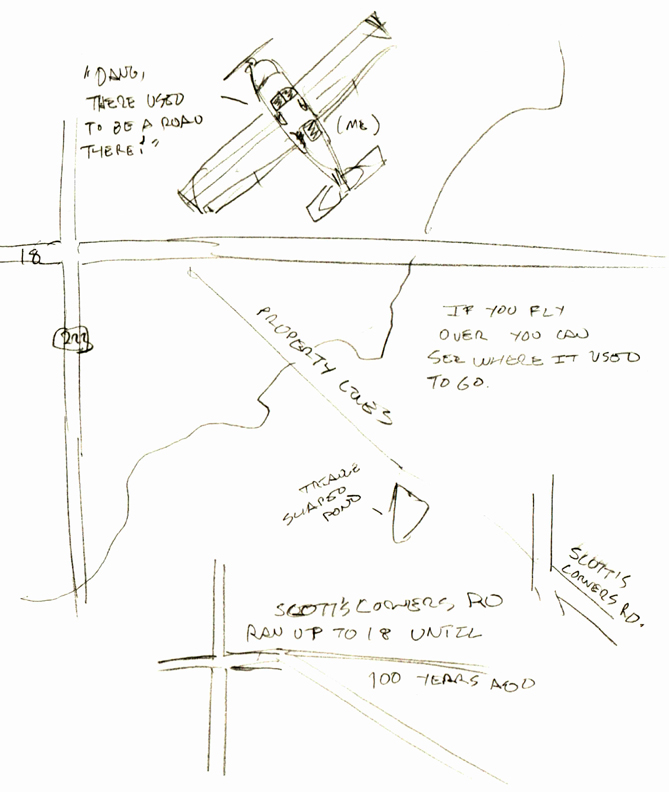 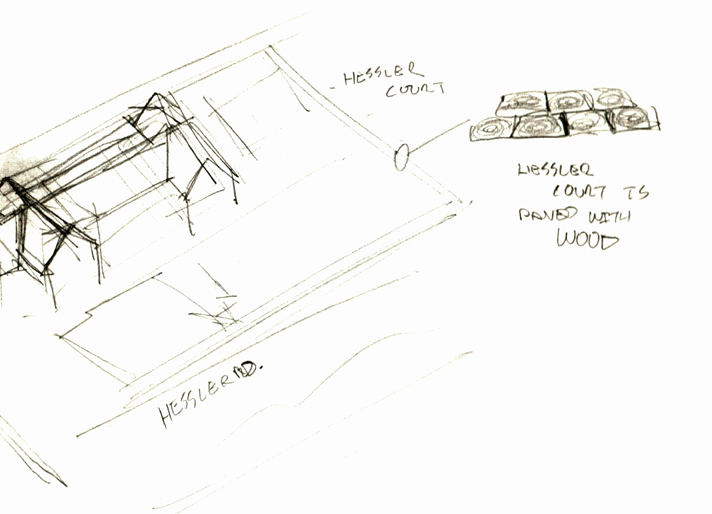