I'm falling behind with posting projects for these courses, but posting photos makes me look at the work afresh and I can be more specific about what's not working with them so it's time well spent whenever I get around to it!

I struggled to work out if the domed top of the kettle was based on a circle or an elipse and ended up with a lop-sided, asymmetrical thing, but it got better after a few repetitions.

Um, it's an onion if you don't recognise it. If I'd added in the papery bits it might have looked a bit less like a lemon.

I found myself doodling these during a meeting, smaller and on a lined notepad. They were quite satisfying to create.

Tricky in a number of ways. Getting the two circles of the rim close enough together without them merging was one challenge. Going over the lines more heavily without losing the original shape was another. Figuring out why the handle was always looking different from what I had in front of me. Oh and deciding which line to draw on a handle that didn't seem to have an edge because it was continously curving.

Still struggling with that handle. And with the heavier lines. And even with the perspective. Looks like many of my "should be vertical" lines are splaying out and away from each other rather than tapering in.

Oh and my box had curved corners. Which was fine, I just drew a square cornered shape at first. Then I tried rounding them off as a finishing touch and realised that the upright lines no longer intersected with the corners... So something else to work on there.

I was reasonably happy with the banana though, probably because as Brett said the eye is more forgiving with organic shapes. I'm most satisfied with the banana in the fourth picture of this group, where the banana is going away  from the viewer.

I'll be posting the project from the measuring and proportion course before long. 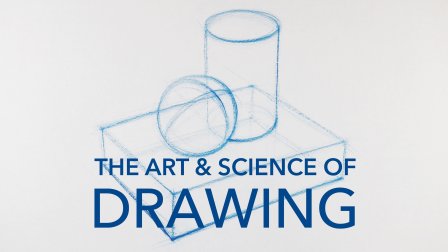