"With Grace in your Heart and Flowers in your Hair" 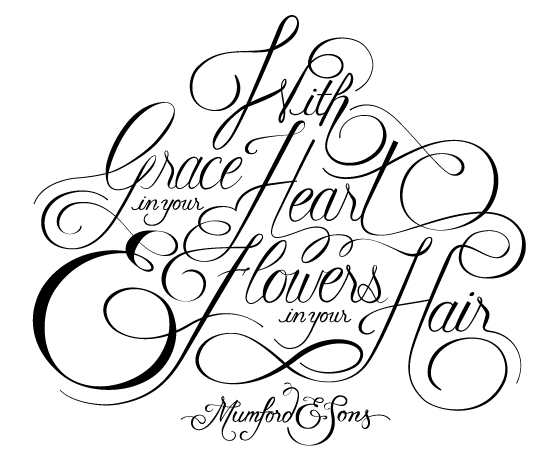 Still needs work pulling some curves and using the width tool, but brought it into photoshop to try out some color... 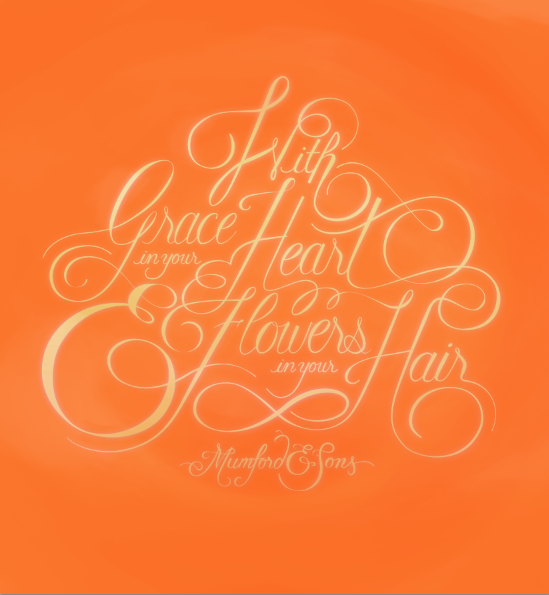 I brought my sketch into Illustrator, and started to draw out the letterforms.

After much tweaking, I ended up making a few changes to the layout (now centered) and to the flourishes (more simple arching shapes and circles rather than mostly tight curls), as well as removing the image I had intended to use. 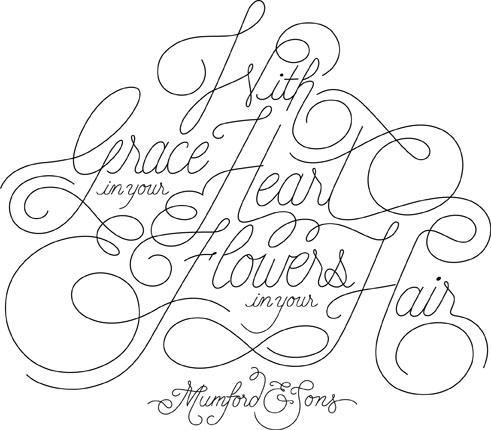 I chose a part of a song lyric to illustrate.

I started off with a few pen and pencil sketches to get an idea for different layouts. 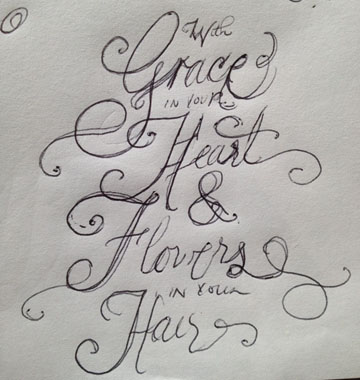 I started doing a few more refined sketches in pencil, and went over them in micron pens to flesh out the letterforms a bit more. 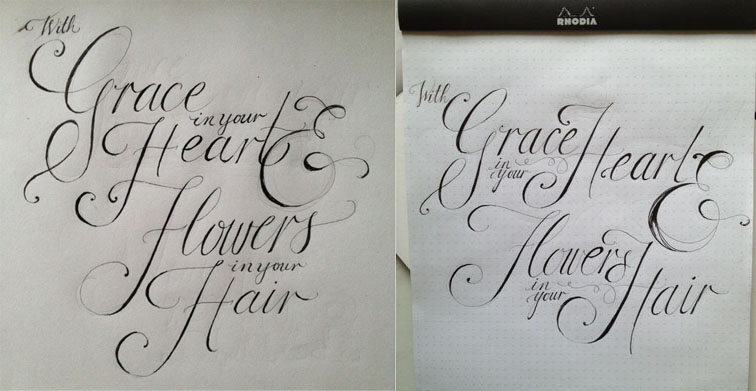 I tried cutting up those layout to get close to my final layout, and wanted to add a small drawing as well. 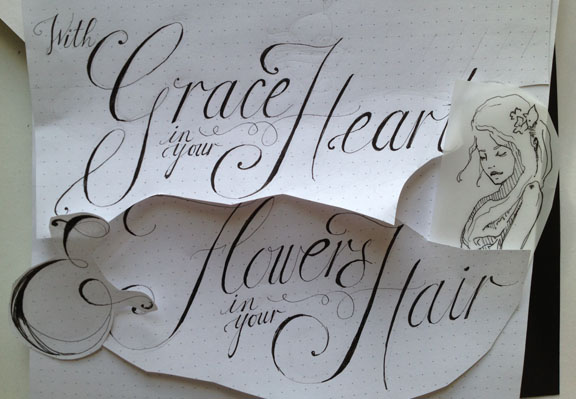 I then went back to sketching in pencil, to be able to erase and redraw. 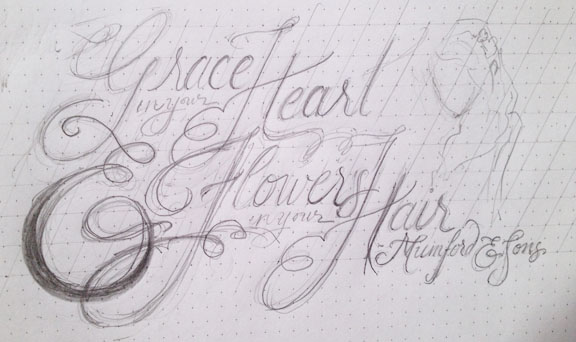 I refined the letters and flourishes until I felt they were smoother and more well balanced. 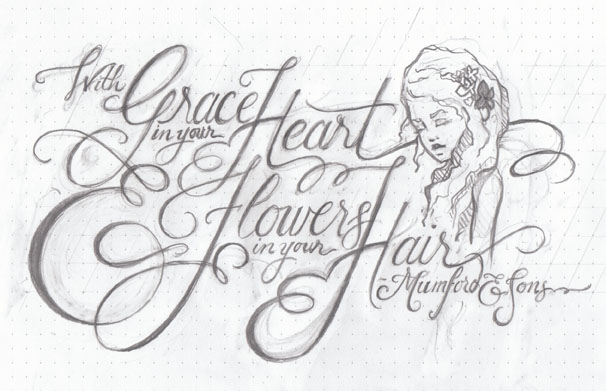